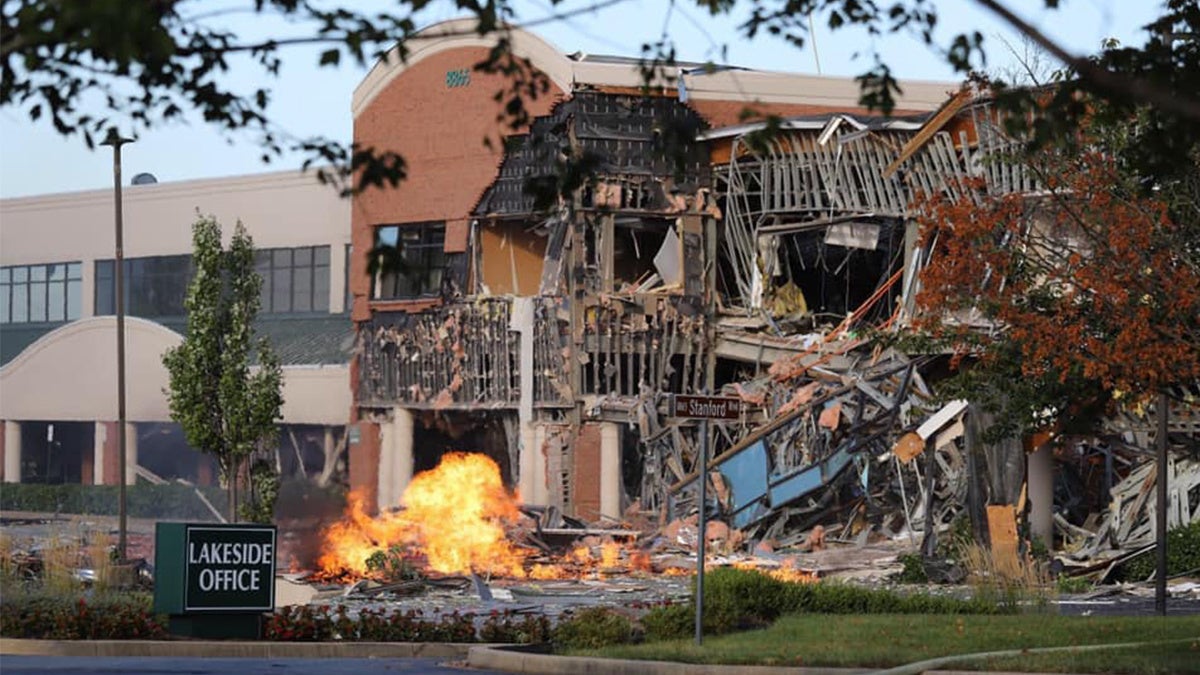 A natural gas explosion destroyed parts of an office complex and a shopping center in Columbia, Maryland on Sunday morning, just 30 minutes after emergency responders evacuated the building, according to The Baltimore Sun.

The explosion tore off part of the building’s façade and shattered windows. It exposed twisted metal, crumpled awnings and misshapen furniture. Amazingly, no injuries were reported after the blast, which could be heard for miles, according to the AP.

A Social Security Administration employee who came in early on Sunday morning to catch up on some work first detected the leak. The employee reported smelling gas, according to the owner of the building. Upon their arrival, firefighters pinpointed a gas leak from underground where the gas line connects to the building. They noticed part of the parking lot swelling from the pressure building up, as The Baltimore Sun reported.

“There was a visible hump in the ground,” said Roger Holland, of Holland Properties, the building owner, as The Baltimore Sun reported. “The parking lot was actually raising.”

The explosion could be heard “in communities many miles away,” said Howard County Executive Calvin Ball who thanked firefighters on the scene for handling the crisis, as NBC News reported. Columbia is 20 miles southwest of Baltimore, along the corridor to Washington, DC.

“As they responded to multiple reports of hissing sounds coming from a large crack in the parking lot of the building, they promptly assessed the situation, worked to ensure the buildings were not occupied and that evacuations were not necessary, and set up a perimeter,” said Ball, according to NBC News.

While the firemen appreciated the praise, they found tremendous luck in the timing of the leak, since it was found before any of the stores had opened, according to Stephen Hardesty, the battalion chief of the Howard County Department of Fire and Rescue Services who said the explosion was one of the worst he had ever seen, as the AP reported.

“The building is at risk of collapsing, so we’re working with some building inspectors and the property owner to figure out what our next steps are to secure the building and help out as much as we can with the investigation that’s going to ensue with this,” Hardesty said.

“It was loud! The whole house shook!” Kristin Wright, who lives less than a mile from the explosion, told WTOP, a CNN affiliate.

Officials reported widespread power outages due to the explosion and closed surrounding roads. About 30 Baltimore Gas and Electric customers were impacted by the outage, WTOP reported, according to CNN.

“I have mobilized our team from the Howard County Economic Development Authority to assist those businesses and workers who may find themselves displaced by this event,” said Ball in a statement after the explosion, as CNN reported. “We will do everything possible to minimize the impact of this explosion.”

Baltimore Gas and Electric, which services the 40,000 square foot building, wrote that inspectors have not found any issues with its gas mains in the surrounding area nor in any nearby buildings, according to The Baltimore Sun.

“As recently as July 2019 we performed a scheduled inspection of the gas main and equipment serving this area and found no issues,” the company wrote. “We are continuing to work closely with investigators to understand the cause of the incident.” 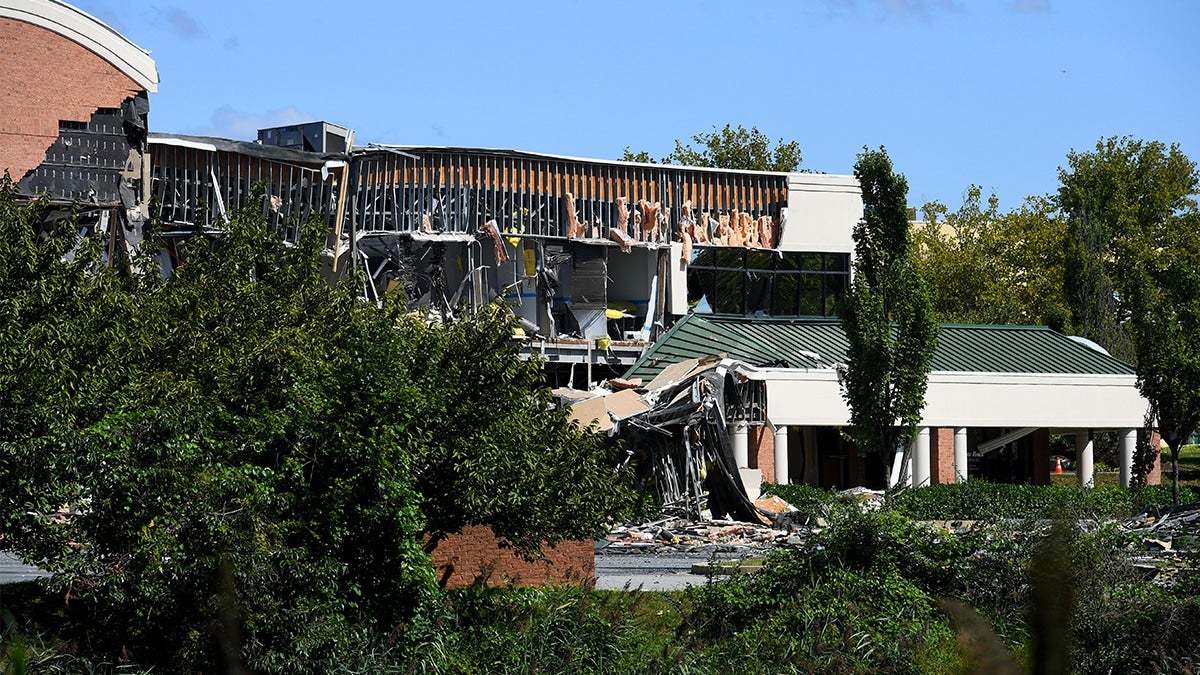 A gas explosion ripped the front off an office building on Aug. 25 in Columbia, Maryland.