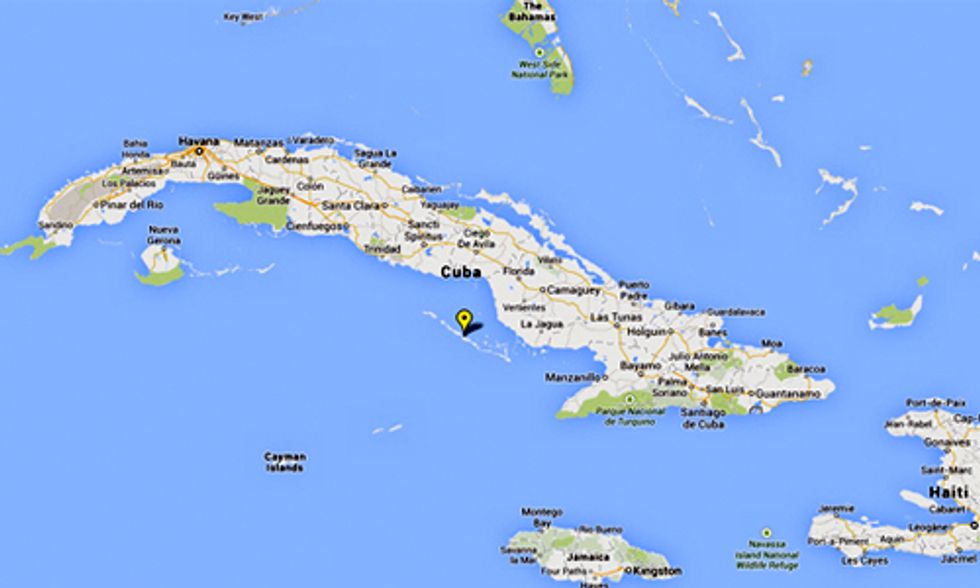 [Editor's note: Conor Kennedy traveled this summer to Cuba to dive the Gardens of the Queen, one of the most pristine marine environments in the Caribbean, to conduct ecological assessments of the coral reef ecosystem with Ocean Doctor. This is Part I of a five-part series. Read Part II, Part III, Part IV and Part V.]

I'm in Havana getting ready for an early morning trip to the Gardens of the Queen, the archipelago and reef complex 60 miles south of Central Cuba in the rich intersection where the waters of the Gulf of Mexico meet those of the Caribbean Sea and the Atlantic Ocean. The expedition sponsors are Ocean Doctor and The Explorers Club. Our mission is to gather data on the Caribbean's last pristine reef system.

The Gardens of the Queen is 60 miles south of Central Cuba in the rich intersection where the waters of the Gulf of Mexico meet those of the Caribbean Sea and Atlantic Ocean.

Today we met with former President Fidel Castro, who was an early and passionate advocate for protecting the reef. Castro told us that he had fished and dove the extraordinary reef over its entire 60 mile length. He began by telling us the history of a famous battle that took place on the reef in the War of Independence against Spain when an entire Spanish fleet was sunk by armored American war ships. His father came to Cuba as a Spanish soldier during that conflict.

He also told us about his personal evolution as an environmentalist. He began as an avid marlin and spear fisherman who slaughtered many marine species on the reef, assuming the oceans were infinite and could never be depleted. He next told us of an island rookery covered with Central American pigeons called torcaso palomas which he slaughtered with a shotgun and ate with great relish until he almost died after being poisoned by the toxic bark of the trees in which these pigeons roosted. Shortly after killing the doves he met with marine conservationist Jacques Cousteau. That meeting helped transform Castro into a committed environmentalist. He has committed to preserve 25 percent of Cuba's waters from extractive fishing as Marine Preserves, while the U.S. lags, preserving less than 2 percent of our coastal waters.

Me with my dad and brother Aidan in Havana, Cuba.

Tomorrow we leave for a week on the waters of the Gardens of the Queen with no internet. More to come when we return.