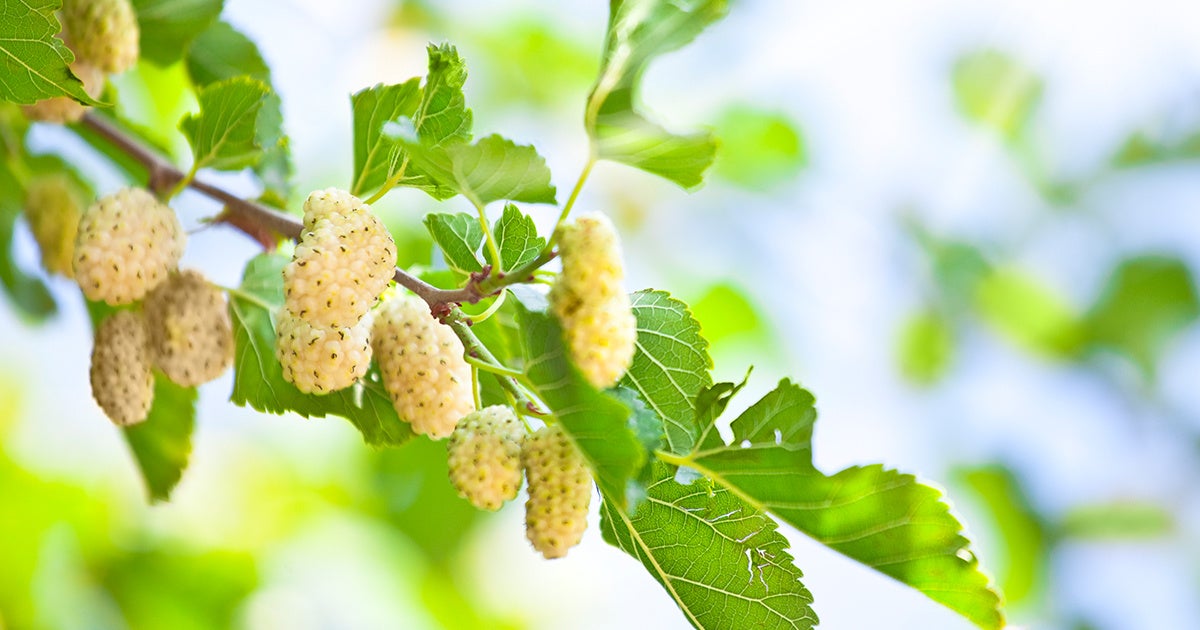 The world of fruit is far more expansive and exciting — not to mention flavorful — than the dozen or so varieties on offer at your local supermarket would suggest. Ever try a translucent white mulberry? How about a jujube — the fruit, not the candy?

You’re unlikely to find any of these fruits at your local grocer or farmers’ market. It’s not because they’re hard to grow — most of them are actually easier to raise at home than disease-prone fruits like peaches and cherries. The reason you won’t find them for sale has more to do with the constraints of commercialization — they score low on metrics like yield per acre and shippability.

But those issues won’t matter in your backyard, where a single tree is likely to yield more than your family can eat and the only travel the fruit must endure is the short journey from garden to kitchen. Your local garden center may be able to special order the varieties below, but if not, you can easily find them online from mail-order nurseries.

Dried white mulberries are occasionally found in health stores, where they are sold as a “superfood” at astronomical prices. The fresh fruit, which is produced in copious quantities on small, attractive trees that are used to cultivate silkworms in Asia, has a less acidic flavor profile than its dark-colored counterpart. There are several white-fruited mulberry varieties available, including Tehama, Beautiful Day and Sweet Lavender, which is graced with a hint of this beloved herb’s flavor. USDA zones 4–9.

This Chinese fruit, which resembles a small red apple, gave its name to the popular candy. Jujubes can be eaten raw, but they are consumed dried in Asia, which gives them a chewy, candy-like texture that goes with their satisfying sweet-sour flavor. They grow on spindly, thorny trees with a narrow, upright growth habit. Highly drought tolerant, jujube trees thrive in hot, dry areas. USDA zones 5–9.

These days, you can find all sorts of interesting heirloom apple varieties at your local farmers’ market. In theory, you can make cider out of any of them. But real cider makers use special varieties that have been bred for centuries with the unique flavor profile suited to the beverage (which is very different from the flavor profile of an apple meant for eating fresh). If home brews are your thing, you might need to grow your own. Varieties to look for include Ashmead’s Kernel, Northern Spy and Muscadet de Dieppe. USDA zones 4–9.

This little-known native fruit is found in isolated patches throughout eastern forests. It is distant cousins with tropical fruits like cherimoya and custard apple, with which it shares an exotic flavor (often described as a cross between banana, pineapple and mango) and a creamy texture. The size of a mango, this fruit grows sparsely on small, slow-growing trees with attractive foliage and a uniform pyramidal shape. Pawpaws are far too finicky for commercial growers, but they’ve garnered a cult-like following among foodies and backyard botanists. USDA zones 5–9.

The fruit of this small, attractive evergreen tree tastes like, well, a pineapple-flavored guava. Its large red-and-white tropical blossoms are also edible, adding a sweet, cinnamon-like flavor to desserts and summer drinks. The only catch is that pineapple guavas (also known as feijoas) are not cold-hardy. You can grow them outdoors year-round in much of California, southern Texas, Florida and the Deep South, but elsewhere you’ll need to keep them in a pot that can be brought indoors for winter (potted pineapple guavas are easily maintained as small shrubs). USDA zones 8–11.

You might say that quince is so old-school, it’s new again. In past centuries, northern European households were just as likely to grow quince as they were to grow apples and pears, to which the fruit is related. Perhaps its appearance — like a bloated and tumor-laden pear — has something to do with its loss of popularity, plus the fact that you have to cook it to enjoy it. But the flavor is nonpareil: It’s like a baked apple with cinnamon and allspice flavors and a touch of lemon zest. USDA zones 4–9.

Not to be confused with a kumquat (a type of citrus), a loquat is a distant relative of apples and pears from subtropical parts of Asia. The fruit looks like an apricot, with a similar texture and flavor but tangier. These evergreen trees have decadent tropical foliage and require a warm climate. While they’re not huge trees, they are a bit large to grow in pots and bring indoors for winter. USDA zones 8–10.

The fuzzy kiwifruit you find at the store requires a mild-winter climate, but this is, by no means, the only kind of kiwifruit available. Arctic kiwifruit (also known as ‘Arctic Beauty’ or ‘Kolomikta Kiwi’) hails from the frigid mountains of Russia and possesses a similar flavor to fuzzy kiwifruit, except that it lacks fuzz and is typically consumed whole, skin and all. This shade-tolerant vine possesses spectacular white-, pink- and green-variegated foliage. USDA zones 3–8.

Also called akebia, this shade-tolerant vine has delicate lobed foliage and bears vanilla-scented flowers in spring. In summer, sausage-shaped pods appear, which split open when ripe to reveal a soft, white pulp flavored with notes of banana, lychee and passion fruit. Scoop it out like custard, seeds and all, and mix it into fruit salads or simply eat it by the spoonful. The pod is inedible raw but may be cooked like a vegetable. USDA zones 4–9.

The passion fruit you find in the store requires a subtropical climate, but it has an American cousin that grows wild throughout the eastern part of the country. The vines are nearly identical to their tropical counterparts, with frilly purple and white blossoms up to three inches in diameter. Mix the yellow flesh of the fruit in smoothies, daiquiris and desserts. As a bonus, the leaves of maypop are considered an herbal aphrodisiac. USDA zones 6–10.