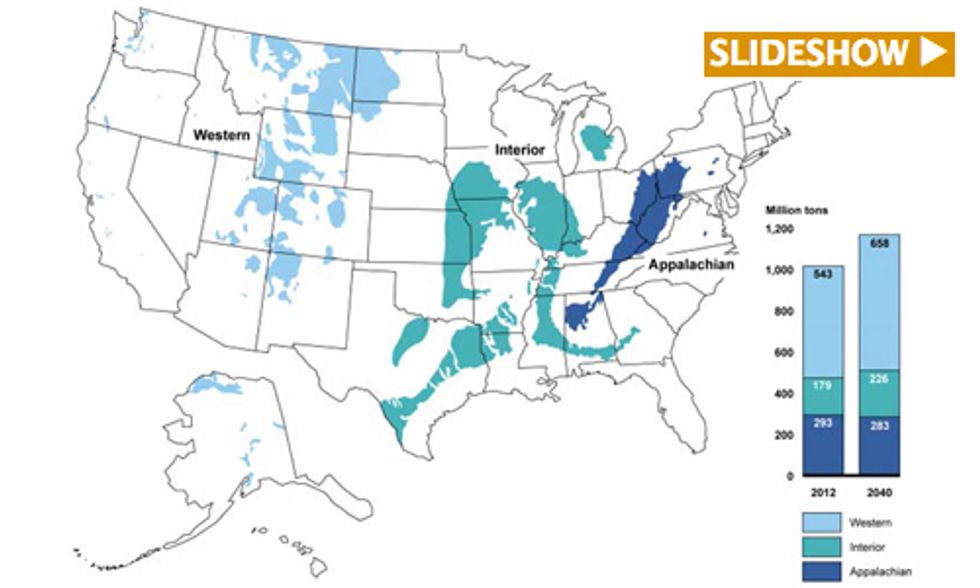 The U.S. Government Accountability Office (GAO) today released the result of its investigation into coal leasing practices at the Bureau of Land Management, which confirmed earlier reports that coal companies have taken advantage of a lax bidding process for leasing coal on publicly owned lands, resulting in nearly $30 billion in loss for U.S. taxpayers. Sen. Ed Markey (D-MA) echoed the Sierra Club, Greenpeace and other environmental and community advocacy groups in calling for a temporary suspension of the federal coal leasing program.

"The Interior lacks rigor and oversight in determining the fair market value of federal coal leases," said Sen. Ed Markey and Rep. Peter DeFazio in a joint statement on the report.

"Given the lack of market competition in coal leases, if the fair market value set by Interior is low, it can lead to significant losses for taxpayers. For instance, for every cent per ton that coal companies decrease their bids for the largest coal leases, it could mean the loss of nearly $7 million for the American people."

This is the second federal report, after the Inspector General’s report in June of 2013, showed significant financial losses from the troubled coal leasing program.

"For decades coal companies have exploited a flawed and lax federal leasing program to buy coal on public lands for pennies on the dollar, costing the U.S. taxpayer billions and subsidizing dirty, coal-fired power plants that have contributed to health problems and premature deaths for thousands of American," said Bill Corcoran, deputy director of the Sierra Club’s Beyond Coal campaign.

“This independent assessment shows why change must happen in the federal coal leasing program. Interior Secretary Sally Jewell and the Bureau of Land Management owe it to American taxpayers to suspend the current leasing program until coal companies are paying a fair price for publicly-owned coal.

“The GAO report is the latest to highlight flaws with a coal leasing program that is rigged to benefit a handful of coal mining companies like Peabody and Arch, and is yet another reminder of the BLM’s failure to account for the coal industry’s plans to boost exports," said Greenpeace climate and energy campaigner Kelly Mitchell.

"But the larger problem is that the BLM is undermining President Obama’s Climate Action Plan by subsidizing the extraction of hundreds of millions of tons of publicly owned coal. Secretary Jewell should put an end to the BLM's coal giveaways and start accounting for the costs of carbon pollution and other damage to the environment when setting royalty rates for the sale of publicly owned coal.”

Beyond lost revenue, selling publicly owned coal at such low rates amounts to a major fossil fuel subsidy, favoring coal at the expense of cleaner forms of energy, said Greenpeace. Between 2011-2012, BLM leased more than 2.1 billion tons of coal in the Powder River Basin, unlocking nearly 3.5 billion metric tons of CO2. These and other concerns about the federal coal leasing program were detailed in a letter sent to Interior Secretary Sally Jewell on her first day on the job from the leaders of 21 environmental, health and consumer organizations. More than 135,000 have called on Secretary Jewell to establish a moratorium on federal coal leasing in the Powder River Basin.