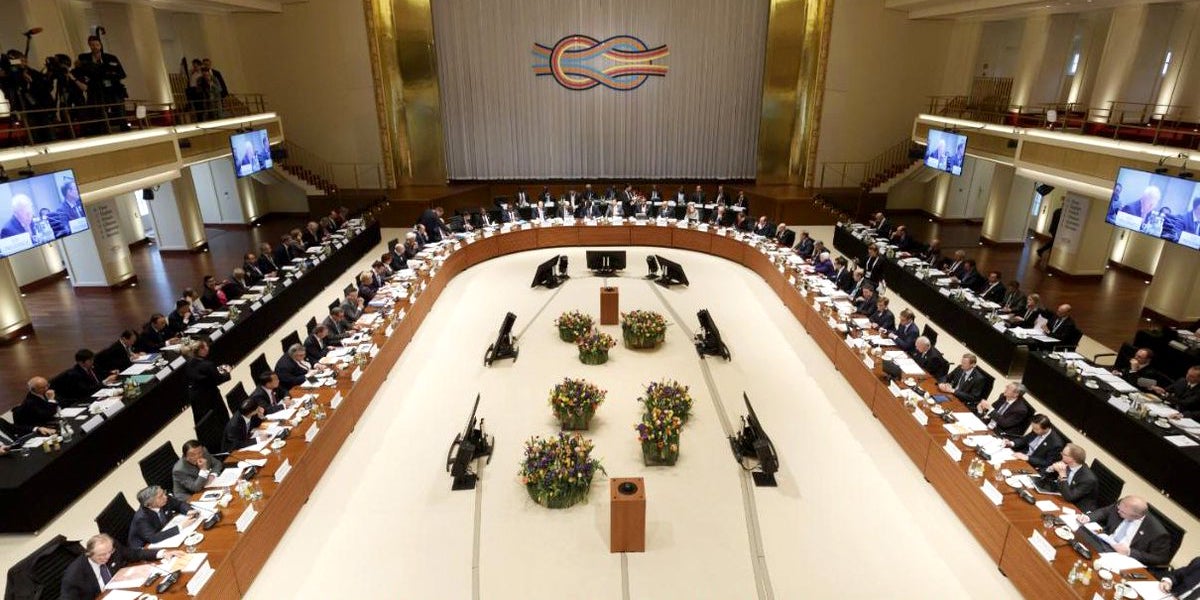 Finance ministers for the Group of 20 (G20), which comprises the world’s biggest economies, dropped a joint statement mentioning funding for the fight against climate change after pressure from the U.S. and Saudi Arabia.

A G20 official taking part in the annual meeting told Reuters that efforts by this year’s German leadership to keep climate funding in the statement had hit a wall.

“Climate change is out for the time being,” said the official, who asked to remain anonymous.

French Finance Minister Michel Sapin stressed that the move did not mark the end of the road for the statement. The G20 is scheduled to meet in full in July in Hamburg.

The statement does mention the need to phase out fossil fuel subsidies, but overall the language appears weaker than previous communiques, critics said.

The 23-page draft, obtained by Bloomberg News, outlines how the most prosperous nations can lead by example, cutting their own greenhouse-gas emissions, financing efforts to curb pollution in poorer countries and take other steps to support the landmark Paris climate accord.

“The link between global warming and the organization of financial markets and even the organization of the global economy” is particularly important for France, Sapin said in Baden-Baden. “We’ll see whether there’ll be agreement with the U.S. administration, but there can be no going back on this for the G-20.”

At the last G20 meeting in July 2016, the group’s financial leaders urged all countries that had signed onto the landmark Paris climate accord to bring the deal into action as soon as possible. But President Trump, who has referred to global warming as a “Chinese hoax,” took office vowing to remove the U.S. from the voluntary agreement.

On Thursday, a day before the finance meeting, the Trump administration unveiled its “skinny budget” proposal, which included a 31 percent cut to the U.S. Environmental Protection Agency.

As Friends of the Earth senior political strategist Ben Schreiber said at the time, “With this budget, Trump has made it clear that he is prioritizing Big Oil profits over the health of the American people.”