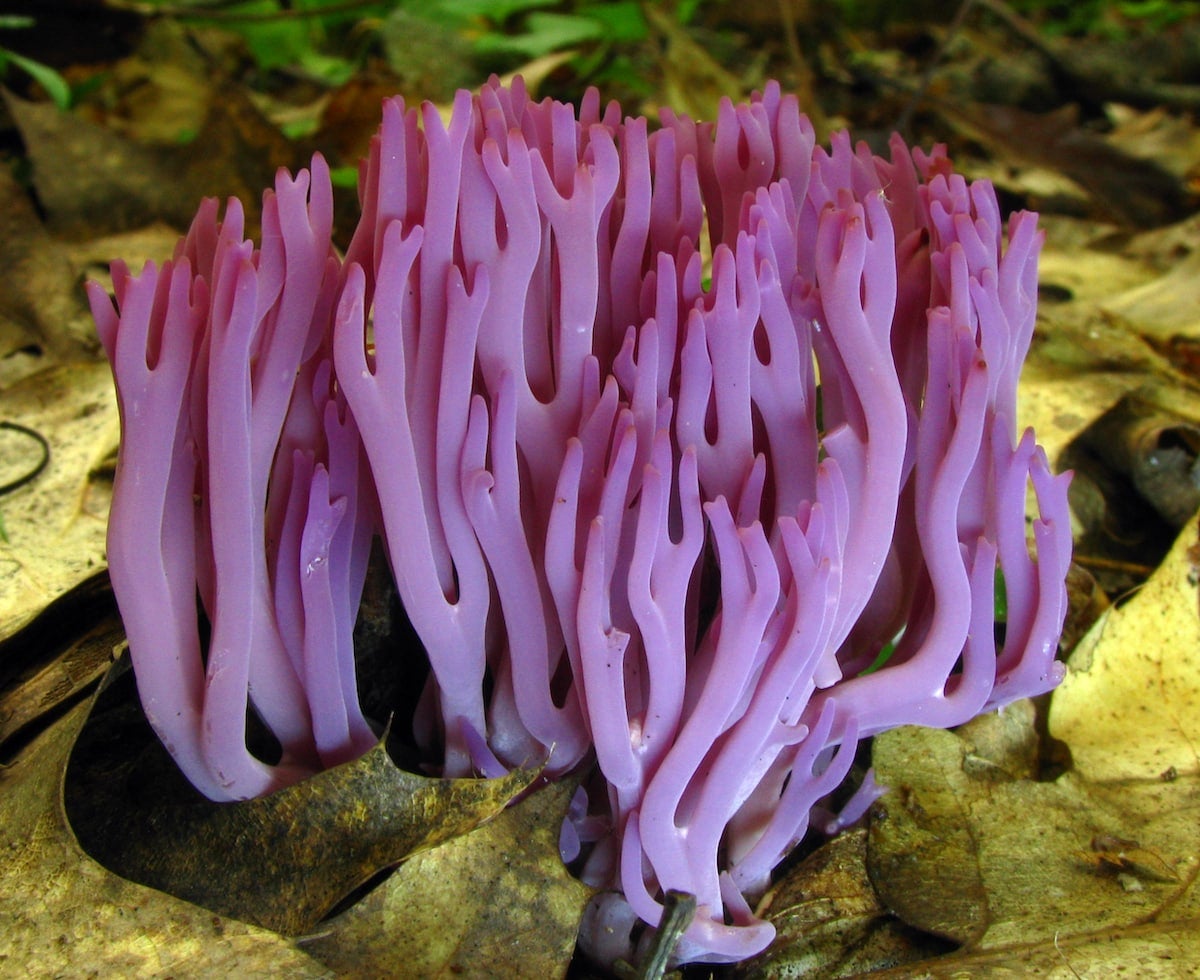 The violet coral fungus was one of the rare species found by citizen scientists in the Scottish Highlands. Dan Molter (shroomydan) at Mushroom Observer / CC BY-SA 3.0

Citizen scientists have helped to discover a fungus previously unknown to science in the soil of the Scottish Highlands.

Scientists analyzed 219 soil samples collected by hiking volunteers from 55 “Munros” — or mountains — in Cairngorms National Park last year and found that hidden in the dirt was a new species of fungus from the Squamanita genus, The Herald reported.

“There are more living organisms in just one teaspoon of soil than there are people on the planet, and soil biodiversity has a hugely important role to play in the functioning of ecosystems,” Keilidh Ewan, project manager of the charity Plantlife that helped organize the research, said in a press release. “The coming together of researchers, conservationists and the local community has uncovered some wild and wonderful species and has created evidence-based foundations against which the effects of climate and environmental change can be monitored going forward.”

The Cairngorms mountains in Scotland boast four of the five highest peaks in the UK and the park that protects them contains one third of UK land higher than 600 meters (approximately 1,969 feet), according to the Cairngorms National Park website. The area is also an important haven for alpine biodiversity in Britain — it is home to 25 percent of its rare and endangered species.

This biodiversity was clearly on display in the results of the fungi study. When the soil samples were analyzed by researchers at the James Hutton Institute in Aberdeen, Scotland, they sequenced the DNA of 2,748 different fungi species for a total of more than 17,000 records, according to the press release.

The unique discoveries included the following:

The study leaders said that the research was important for aiding in the conservation of the Cairngorms’ unique alpine ecosystem.

“Fungi are crucially important to the functioning of our alpine ecosystems, but because they are mostly hidden below ground, and because alpine ecosystems are remote and difficult to access, we know very little about the distribution and diversity of fungi in this iconic habitat,” James Hutton Institute ecologist Andrea Britton said in the press release. “Thanks to the hard work of volunteers and scientists coming together, the data from this survey will add significantly to our knowledge of this vital group and can be used to start identifying which habitats and locations are particularly important for conservation of fungal diversity.”

However, that diversity is threatened by the climate crisis. The Cairngorms have a frigid, snowy climate because of their altitude and distance from the sea and therefore play host to the best examples of Arctic plant life in the UK. But University of Stirling researchers told BBC News that some of these species are being pushed up the mountains as temperatures rise. In this context, the latest research is especially important.

“This is helping us to understand the threats that this fragile habitat is facing and, ultimately, the more we understand, the better we can protect these much-loved places for the future,” Ewan said.

New Bill Seeks to Protect Frontline Communities From Plastics Pollution
One of the main dangers of plastics is the harm
By Olivia Rosane
Cooling India Could Be a $1.6 Trillion Investment Opportunity
A new report by the World Bank has found that
By Cristen Hemingway Jaynes
3 UK Universities Ban Fossil Fuel Companies From Recruiting on Campus
Three more UK universities have answered the call to ban
By Olivia Rosane