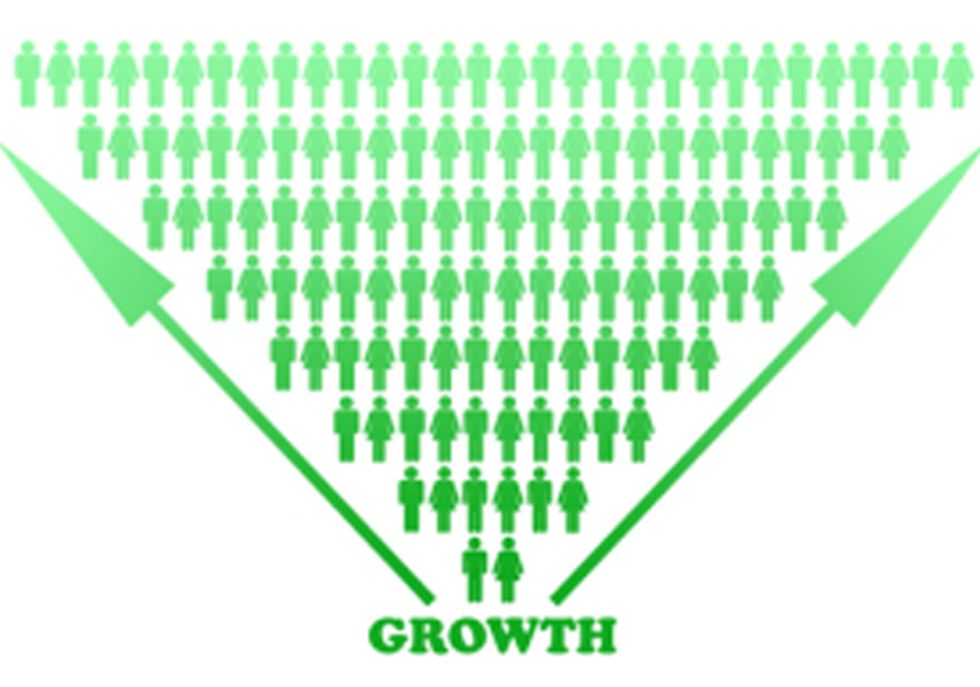 If current energy trends continue . . .
If current economic trends continue . . .
If current technology trends continue . . .
If current environmental trends continue . . .
*          *          *
Trends do tend to continue for a while; otherwise they wouldn’t be trends. But sometimes trends in different areas work against each other and end up canceling each other out. In fact, all trends (except perhaps the expansion of the universe) eventually reach limits and stall out or reverse themselves.
Because projecting future magnitudes according to current trends requires relatively simple math, and because doing so sometimes enables analysts to make accurate short-term forecasts of things like population, sales volumes, and commodity prices, trend watching can confer a sense of mystical power. We can predict the future—and maybe even profit by doing so!
But, as Benjamin Disraeli famously said, “There are three kinds of lies: lies, damned lies and statistics.” Indeed, projecting existing statistical trends out over long time periods often leads to absurd conclusions. Hence the necessity, when observing trends, of knowing (or at least being able to guess successfully) which ones are important or trivial, and which ones are likely to persist longer than others. A skilful trend watcher will note not only the rate of change in a given magnitude, but the rate of change to the rate of change: for example, while world population is growing at a rate of about 1.1 percent annually, its pace of growth has diminished in recent years, and that’s an important factor in forecasting world population for, say, 2050 or 2100.
In addition to generalized critical thinking skills, citizens need the ability to assess statistics-based claims in order to arm themselves against people with a political axe to be honed, or buck to be made, by hawking a particular trend. Unfortunately, policy makers don’t always have (or use) these skills, and so it’s common to encounter unrealistic assumptions about our future based on trends unlikely to continue for long. Often this is not just a matter of sloppy thinking: policy makers want certain trends to go on—because if they didn’t, there’d be hell to pay.
The obvious example is economic growth. Government officials assume (based on trends over the past few decades) that national economies will continue to expand forever, just as transportation planners assume that automobile traffic will always proliferate. Therefore more highways and suburbs are justified, and more public debt—because of course tax revenues will increase. Never mind that, in the U.S., there’s little basis for further real economic growth in light of debt levels and demography; or that vehicle miles traveled have actually declined significantly in recent years. Those are inconvenient trends that politicians and road-builders hope will simply go away. But will they? Certainly not if global oil supplies continue to tighten (another inconvenient trend): scarce oil will discourage both economic growth and driving.
Because business-as-usual assumptions are based on numbers, they appear both reassuring and authoritative. But which numbers matter?
More and more numbers look alarming. There’s a trend—a trend of trends! It might be difficult to total up the disturbing (versus reassuring) trends in the world and determine the rate of change in abundance of the latter versus the former. But it’s hard to avoid the subjective impression that more trends these days point to frightful or absurd outcomes.
Reality check: A snapshot of trends in the year 1200 would have shown temporary rapid change in a few variables (for example, in localized numbers of deaths from famine), but most rates of change were comparatively negligible. Not so in 2012, when rates of change in resource availability, species abundance, greenhouse gas concentrations, and debt levels yield doubling times measured in decades or, in some cases, mere years. Absurdity—or calamity—arrives fast at those rates.
If many key rates of change are accelerating, does this mean we are approaching some sort of historic discontinuity? If so, when will it arrive? What will it actually look and feel like? We can only guess; it all depends on which trends prove decisive. We’d all like to believe the world-weary French proverb, Plus ça change, plus c’est la même chose (“The more things change, the more they stay the same”). But what if the less witty formulation is truer: “The more things change, the more they change”?
Amid this uncertainty, there are two things we probably can conclude with some significant degree of confidence. First: many important current trends won’t continue for long. Second: if you like change, this is a great time to be alive.
climate change insights air
EcoWatch Daily Newsletter
Related Articles from EcoWatch
solar energy