Fukushima Radioactive Plume to Hit the U.S. by 2014 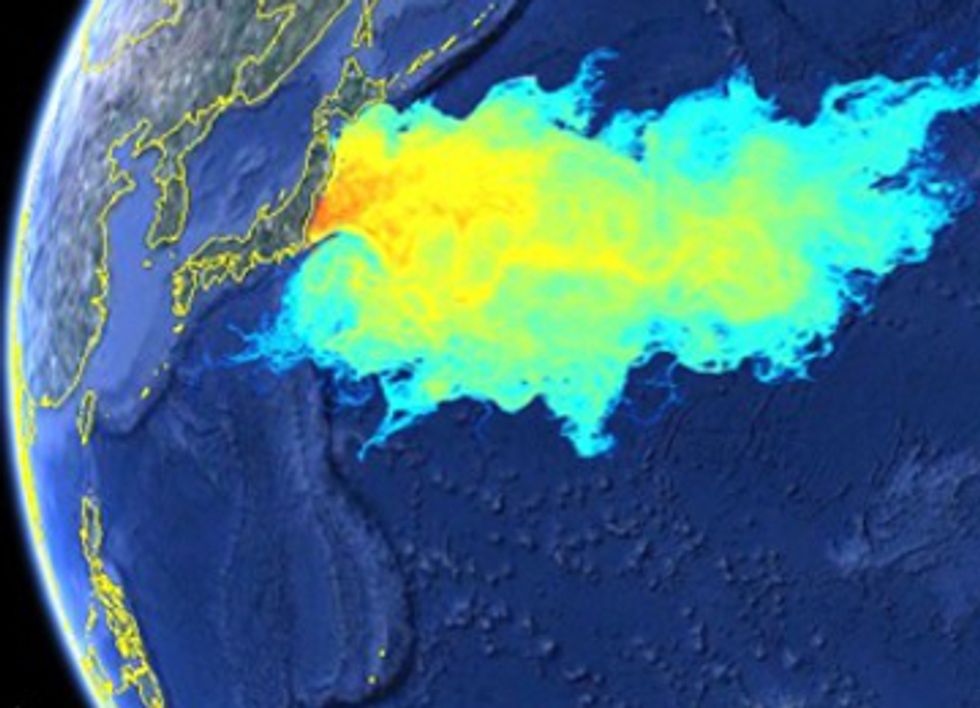 The first radioactive ocean plume released by the Fukushima nuclear power plant disaster will finally be reaching the shores of the U.S. sometime in 2014, according to a new study from the University of New South Wales—a full three or so years after the date of the disaster.

Many researchers, and also officials from the World Health Organization (WHO), have argued that the radioactive particles that do make their way to the U.S. will have a very limited effect on human health—as the concentration of radioactive material in U.S. waters will be well below WHO safety levels. But needless to say, there is some debate on this matter…

For the new work, the researchers utilized a number of different ocean simulations to track the path of the radiation from the Fukushima incident—the models used have identified the most likely path that the plume will take over the next ten years.

“Observers on the west coast of the U.S. will be able to see a measurable increase in radioactive material three years after the event,” stated study author Dr. Erik van Sebille. “However, people on those coastlines should not be concerned as the concentration of radioactive material quickly drops below World Health Organization safety levels as soon as it leaves Japanese waters.”

The University of New South Wales has more:

Two energetic currents off the Japanese coast—the Kuroshio Current and the Kurushio Extension—are primarily responsible for accelerating the dilution of the radioactive material, taking it well below WHO safety levels within four months.

Eddies and giant whirlpools—some tens of kilometers wide—and other currents in the open ocean continue this dilution process and direct the radioactive particles to different areas along the U.S. west coast.

Interestingly, the great majority of the radioactive material will stay in the North Pacific, with very little crossing south of the Equator in the first decade. Eventually over a number of decades, a measurable but otherwise harmless signature of the radiation will spread into other ocean basins, particularly the Indian and South Pacific oceans.

“Although some uncertainties remain around the total amount released and the likely concentrations that would be observed, we have shown unambiguously that the contact with the north-west American coasts will not be identical everywhere,” stated Dr. Vincent Rossi.

“Shelf waters north of 45°N will experience higher concentrations during a shorter period, when compared to the Californian coast. This late but prolonged exposure is due to the three-dimensional pathways of the plume. The plume will be forced down deeper into the ocean toward the subtropics before rising up again along the southern Californian shelf.”

“Australia and other countries in the Southern Hemisphere will see little if any radioactive material in their coastal waters and certainly not at levels to cause concern,” Dr. van Sebille continued.

Those interested in doing so can track the path of the radiation on a website created by the researchers.

The new research was just published new in the journal Deep-Sea Research 1.