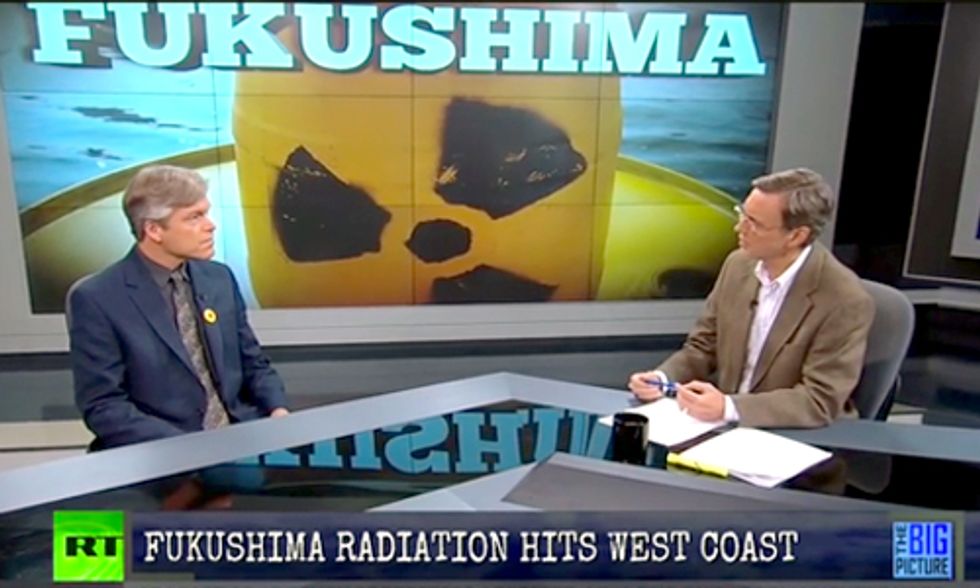 Three and a half years after the Fukushima nuclear disaster, ocean waters off the West Coast are testing positive for radioactive elements. Kevin Kamps of Beyond Nuclear joins Thom Hartmann on The Big Picture to discuss the impacts of radiation from Fukushima getting closer to the west coast of the U.S.

The Woods Hole Oceanographic Institution reported that an August sample of ocean water taken off the coast of Vancouver, British Columbia tested positive for cesium-134, one of the radioactive elements released as a result of the Fukushima disaster. This same group also found traces of Fukushima radiation as far down the Pacific coastline as California.

Watch as Hartmann asks Kamps, "How big of a development is this and can American lives be directly at risk from the Fukushima fallout?"