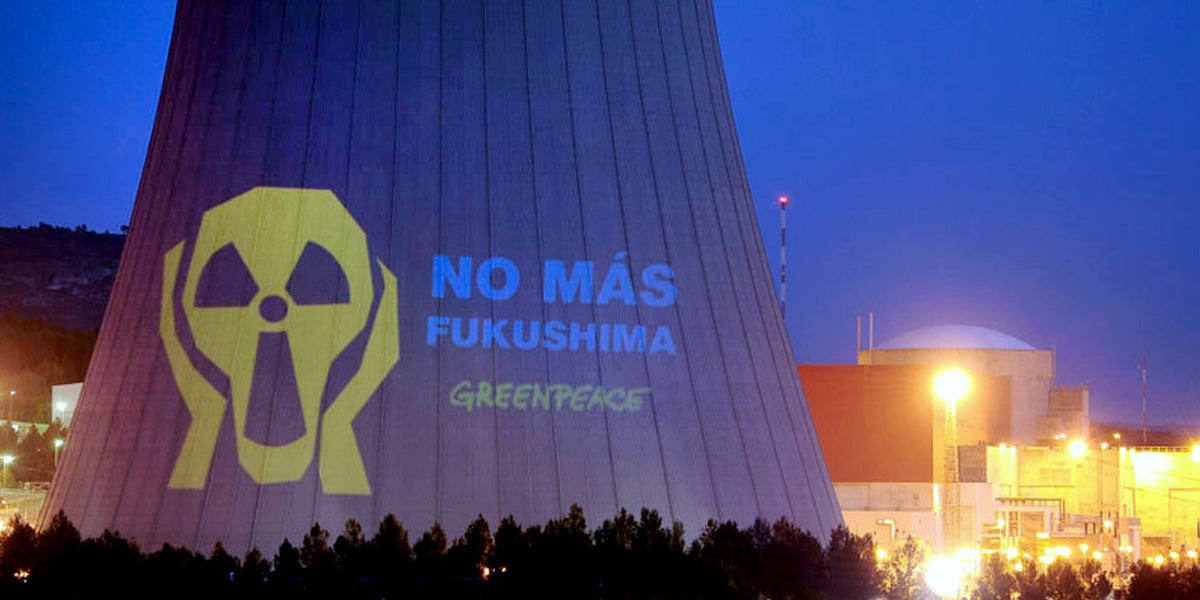 Six years ago, more than 15,000 people perished and tens of thousands of people’s lives changed forever. Northeastern Japan was hit by a massive earthquake, followed by an enormous tsunami that wiped out coastal towns one after another. In the days that followed came the horrifying news: the Fukushima Daiichi nuclear reactors went into meltdown. The disaster is still with us.

Nuclear survivors continue to live with fear for their family’s’ health and with uncertainty about their future. Women are bearing the greatest brunt. They continue to grapple with unanswered questions, unable to relieve a deeply held sense of anger and injustice.

Over the past six years, starting just two weeks after the beginning of this nuclear disaster, Greenpeace conducted radiation surveys in the contaminated region. The latest survey gathered data in and around selected houses in Iitate village, located 30-50 km from the Fukushima Daiichi nuclear power plant. In some homes, residents would receive a radiation dose equivalent to getting a chest x-ray every week. And that’s assuming they stay in the limited decontaminated areas, as 76 percent of the total area of Iitate has not been touched and remains highly contaminated.

Despite this, the government, headed by Shinzo Abe, intends to lift evacuation orders from the village and other areas in March and April 2017, and one year later terminate compensation for families from those areas. It will also cancel housing support for those who evacuated outside designated zones. For those dependent on this support, it could mean being forced to return.

Women and children are the hardest hit by the nuclear disaster. They are physically more vulnerable to impacts of the disaster and radiation exposure. Evacuation broke up communities and families, depriving women and children of social networks and sources of support and protection. Together with a yawning wage gap (Japan has the third highest gender income disparity in the most recent OECD ranking), female evacuees—especially single mothers with dependent children—face far higher poverty risk than men.

Despite, or because of the adversity, women are the greatest hope for transformative change. Though women are politically and economically marginalized, they have been at the forefront of demanding change from the government and the nuclear industry.

Mothers from Fukushima and elsewhere are standing up against the paternalistic government policies and decisions, to protect their children and to secure a nuclear-free future for the next generations. They are leading anti-nuclear movements by organizing sit-ins in front of the government offices, spearheading legal challenges and testifying in court, and joining together to fight for their rights.

Let’s stand up with women at the forefront of anti-nuclear struggle. Let’s fight for their rights and future together.

Yuko Yoneda is the executive director of Greenpeace Japan.