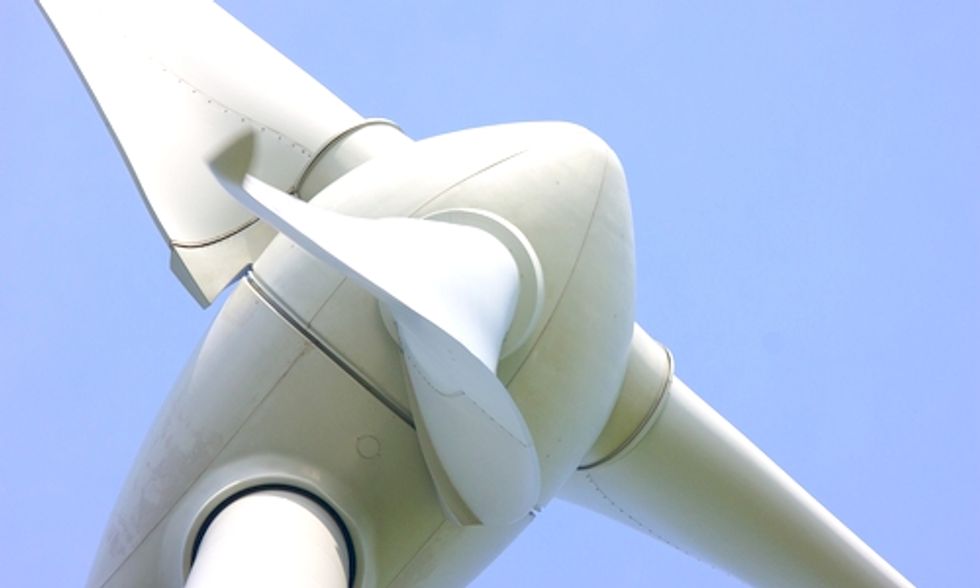 The province of Fukushima in northeast Japan, devastated nearly three years ago by the earthquake and tsunami that caused a nuclear meltdown at the Fukushima Daiichi nuclear plant, has pledged to go 100 percent renewable by 2040.

The energy will be generated through local community initiatives throughout the province of nearly two million. Announced at a Community Power Conference held in Fukushima this week, it goes against Prime Minister Shinzo Abe’s agenda to reboot nuclear power throughout the country.

“The Japanese government is very much negative,” said Tetsunari Iida, director of the Institute for Sustainable Energy Policies in Japan. “Local government like the Fukushima prefecture or the Tokyo metropolitan government are much more active, more progressive compared to the national government, which is occupied by the industry people.”

Former Japanese Prime Minister Morihiro Hosokawa is running for mayor of Tokyo on an anti-nuclear platform. The February 9 election is seen as a referendum on Abe’s efforts to restart nuclear reactors and on the future of nuclear power in Japan in general.

“Tokyo is shoving nuclear power plants and nuclear waste to other regions, while enjoying the convenience (of electricity) as a big consumer,” Hosokawa said during a late January news conference. “The myth that nuclear power is clean and safe has collapsed. We don’t even have a place to store nuclear waste. Without that, restarting the plants would be a crime against future generations.”

Fukushima currently gets 22 percent of its energy from renewable sources. In November, a 2-megawatt (MW) offshore wind turbine started operating about 12 miles off Fukushima’s coast. Two more 7-MW turbines are in the planning stages. The Japanese Ministry of Economy, Trade and Industry has said that total offshore wind capacity may reach up to 1,000 megawatts.

“Fukushima is making a stride toward the future step by step,” Yuhei Sato, governor of Fukushima, said at the turbine’s opening ceremony. “Floating offshore wind is a symbol of such a future.”

A 26-MW solar power station also just broke ground in the prefecture. Japan’s solar market is booming and far exceeded solar analysts’ 2013 predictions, in large part due to government incentives such as a feed-in tariff that was passed into law shortly after the Fukushima meltdown. The shuttering of Japan’s 50 nuclear reactors after the incident forced the government to focus on alternative electricity sources.

“There’s still a long way to go in Japan because the official government position is still very pro-nuclear, so it would be naïve to say this is an easy way, that we just need to set an example and other regions will follow,” Stefan Schurig, director of the Climate and Energy Department of the World Future Council, said at the Community Power Conference in Fukushima.

The debate over the future of nuclear power on a global scale is hardly a two-sided polemic. Nuclear power is still staggeringly expensive, and has not become cheaper over the decades as many expected. Yet James Hansen, a prominent climatologist advocating for immediate action on climate change and further investment in nuclear power recently told the National Journal, “It seems to me that there are a lot of environmentalists who are beginning to look into the facts and appreciate the potential environmental advantages of intelligent development of nuclear power.”

However, in Japan the scars of nuclear catastrophe are still fresh in the public’s mind. A September 2013 survey found that that 53 percent of Japanese people wanted to see nuclear power phased out gradually, and 23 percent wanted it immediately done with.

The local situation is still unresolved, with nuclear radiation around the Fukushima power plant about eight times government safety guidelines as of mid-January.

Radioactive water leaks from the plant have also been an ongoing issue of concern—both for locals and the international community—with about 300 metric tons of contaminated groundwater seeping into the ocean each day, according to Japan’s government. On Monday, the government announced new guidelines for capturing water before it becomes contaminated and flows into the ocean.

The government is also negotiating with the National Federation of Fisheries Co-operative Associations to gain approval to dump groundwater from the Fukushima power plant into the ocean under the assertion that the radioactive contamination would be under the legal limit.

In the meantime, a Renewable Energy Village (REV) with 120 solar panels and plans for wind turbines has sprouted up on the contaminated farmland surrounding the power plant. This is an example of the type of project renewable energy advocates in the region hope to see more of in the quest toward the goal of 100 percent renewable power by 2040.

Radiation-tainted water from Fukushima is expected to arrive at American shores this year. In December, Nuclear Regulatory Commission chairman Allison Macfarlane said that water would reach U.S. at levels less than 100 times lower than the accepted drinking water threshold. Scientists are prepared to test waters, but are skeptical that dangerous levels of contamination will be found.

“We don’t know if we’re going to find a signal of the radiation,” Matt Edwards, a UT San Diego scientist working on one such project, told RedOrbit.

“And I personally don’t believe it’ll represent a health threat if there is one. But it’s worth asking whether there’s a reason to be concerned about a disaster that occurred on the other side of the planet some time ago.”