Fukushima Book Warns Complacency Could Lead to Next Nuclear Disaster 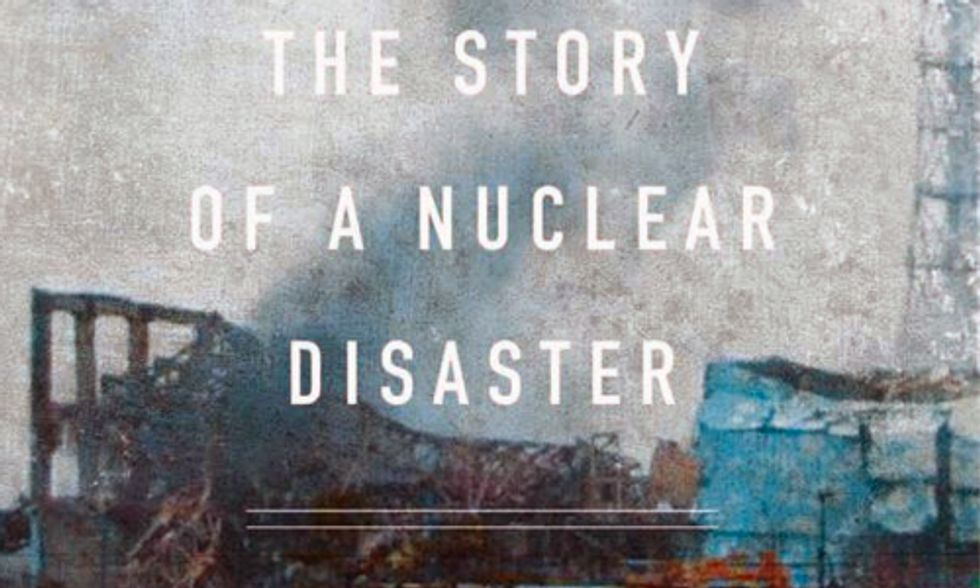 Today is the official publication date for the book Fukushima: The Story of a Nuclear Disaster (New Press, $27.95), the first comprehensive account of the March 2011 Japanese catastrophe, and it has already elicited glowing reviews. Kirkus Reviews called it “a gripping, suspenseful page turner.” Booklist, in a starred review, described the book as “thriller-like” and “a cautionary analysis of the perils of nuclear power the world over.” And Publisher’s Weekly called it an “eye-opening exposé …[that] points to the scary fact that America can suffer a Fukushima-type event if critical steps are not taken.”

Co-authored by two of America’s leading nuclear power experts and an award-winning journalist, the book provides the most authoritative analysis to date of what happened during one of the worst nuclear disasters of all time. The book, which took nearly two years to research and write, is based on technical analyses, interviews with the principal players, and information gleaned from thousands of pages of documents obtained from the U.S. Nuclear Regulatory Commission (NRC) and other federal agencies, the Tokyo Electric Power Company (TEPCO)—the plant’s owner—and independent Japanese commissions.

The first half of the book provides the riveting details of the March 11, 2011, disaster triggered by the one-two punch of a magnitude 9 earthquake, which caused Fukushima Daiichi’s six boiling water reactors to lose off-site electric power, and a 50-foot tsunami, which knocked out back-up diesel generators supplying power to five of the reactors and much of the facility’s electrical distribution system.

Co-authors David Lochbaum, director of the Union of Concerned Scientists’ (UCS) Nuclear Safety Project; Edwin Lyman, a UCS senior scientist; and Susan Q. Stranahan, the lead reporter of the Philadelphia Inquirer’s Pulitzer Prize-winning coverage of the Three Mile Island nuclear accident, take readers on a guided tour of the harrowing events that followed over days, weeks and months. Along the way, they supply lucid explanations of how the disaster happened and how it could have been averted, profiling the people who went to heroic lengths to try to take control of a runaway catastrophe that still reverberates today. Radioactive contamination has displaced more than 80,000 people, the cost of cleanup and victim compensation could swell to $125 billion, and radioactively contaminated water from the site continues to leak into the ocean. Over time, Fukushima-related cancer deaths are expected to number in the thousands.

But the book is more than a disaster diary. It also provides a clear-eyed look at the Japanese regulatory regime that helped make the disaster all but inevitable, and makes a strong case that U.S. oversight is plagued by the same complacent attitude and undue industry influence. Indeed, the chapters that focus on the NRC’s shortcomings are as disturbing as the Fukushima calamity itself.

“The NRC hasn’t heeded all the lessons of Fukushima and is slow-walking post-Fukushima regulatory changes,” said Lyman, a physicist. “Likewise, the agency has failed to address a number of longstanding threats, including the risks of overcrowded spent fuel pools, unenforced fire protection standards, and inadequate emergency planning.”

Lyman and his co-authors warn that if NRC commissioners insist on watering down the agency post-Fukushima task force’s recommendations for strengthening safeguards, it will only be a matter of time before a similar event happens in the U.S. They point out that:

“Fukushima wasn’t a ‘Japanese’ nuclear accident,” said Lochbaum, a nuclear engineer who worked in the industry for 17 years before joining the UCS staff. “It was an accident that happened to occur in Japan. Japanese and U.S. regulators share the same mindset that severe, supposedly ‘low probability’ accidents are unlikely and therefore it is not worth the time and money to protect plants from them."

"How many Fukushimas will we have to go through before NRC commissioners get it through their heads that it could happen here?” Lochbaum concluded.