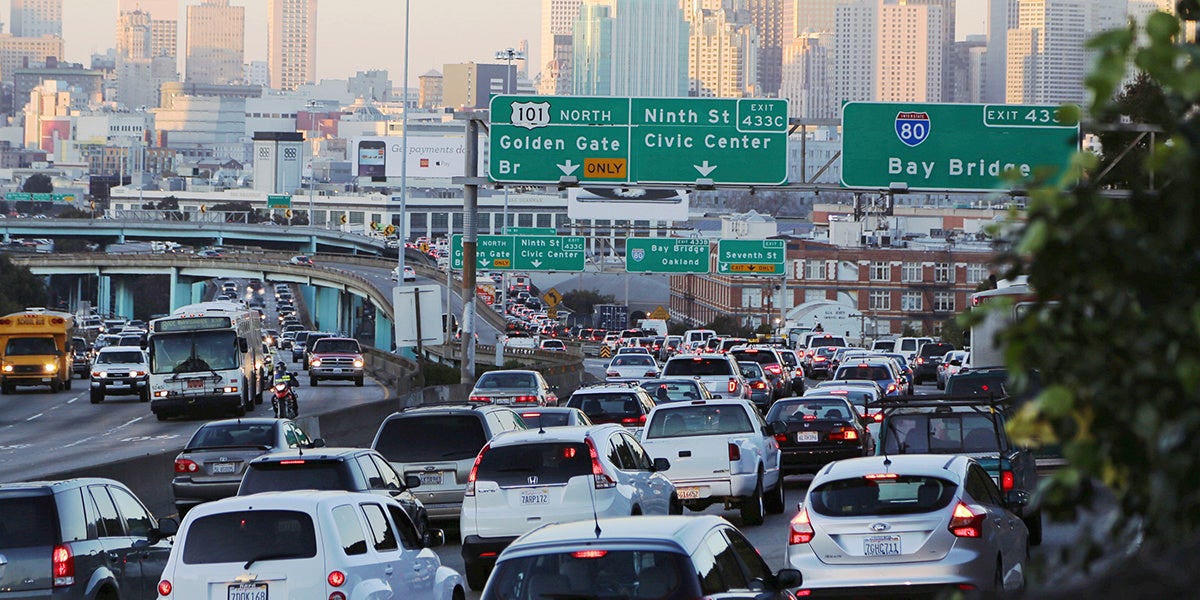 By Dave Cooke and Elliott Negin

The U.S. Environmental Protection Agency’s (EPA) recent decision to roll back fuel economy standards for new cars and light trucks could slam the brakes on our nation’s most successful climate initiative to date.

The next phase of the standards calls for improving the average fuel efficiency of new cars and trucks in the U.S. to about 50 miles per gallon in lab tests by 2025, which corresponds to a real-world performance of about 36 mpg. By 2030, that would avoid nearly 4 billion tons of global warming emissions, akin to shutting down 140 coal-fired power plants over that time frame.

To justify the agency’s decision, EPA Administrator Scott Pruitt issued a document parroting baseless claims by the main auto industry trade groups, the Alliance of Automobile Manufacturers and the Association of Global Automakers.

Their basic, misguided argument goes like this: Low gas prices have prompted Americans to buy more gas-guzzling pickup trucks and sport utility vehicles (SUVs) in recent years than gas-sipping sedans and compacts, which means that automakers would have to install costly hybrid and electric technology in more models to meet the 50 mpg average. That, in turn, would drive up sticker prices.

In fact, the industry’s own analysis concluded automakers can meet the 2025 standards without relying heavily on hybrids and plug-ins. A number of cost-effective technologies—including turbocharged engines, improved transmissions and lightweight materials—have thus far enabled automakers to meet the standards’ goals at a lower cost than the industry anticipated. Indeed, new car prices have remained essentially flat when factoring in inflation, despite the fact that fuel economy has steadily improved.

At the same time, Pruitt’s argument also ignores the standards’ inherent flexibility. Instead of setting a single greenhouse gas emission target for an average vehicle, the current standards consider a vehicle’s size and type. That ensures that automakers improve the efficiency of all models, including trucks and SUVs, while giving manufacturers flexibility in hitting their targets based on the vehicles they actually sell. No one model has to be in compliance—it’s an average. Automakers are judged on whether they’re improving the efficiency of the vehicles they actually sell, not whether or not they are selling a bunch of efficient econoboxes.

Remarkably, the EPA document also makes the ludicrous claim that the standards hurt consumers. In fact, the standards have already saved American car buyers more than $57 billion at the pump and would continue to save new car buyers thousands of dollars in fuel costs over the life of their vehicles. Buyers who finance their vehicles actually begin saving money as soon as they drive off the dealership lot, because the marginal cost of fuel-saving technology on their monthly payments is considerably less than the money they save on gas. These savings are even more important for low-income families, who tend to buy on the used market and spend a greater share of their transportation budget on fuel.

Finally, the EPA document fails to even mention climate change, the main reason for the standards in the first place. Strengthening fuel economy is especially imperative now, given that the transportation sector has supplanted the energy sector as the nation’s leading source of carbon dioxide emissions. With Americans driving more miles than ever before, it is critical that U.S. vehicles consume less fuel to avoid the worst consequences of climate change and meet U.S. obligations under the Paris climate agreement to hold global warming to 2 degrees Celsius.

The auto industry is now facing complete uncertainty, the very situation the Obama administration purposely avoided by finalizing the second-phase standards in 2017. But the industry has only itself to blame. After all, the Detroit Big Three and nearly every other automaker originally signed on to the standards, but now they are lobbying to weaken them, making the same kind of specious arguments they made whenever asked to improve safety or strengthen fuel economy in the past. And if the Trump administration ultimately rolls back the standards, the rest of us will have to bear the cost, not only by paying more at the pump but also by dealing with more extreme climate change-related impacts.

Dave Cooke is a senior vehicles analyst and Elliott Negin is a senior writer at the Union of Concerned Scientists.