From Hottest Place on Earth in Australia to LA and Ontario’s Winter Heat Waves, 2016 Already on Track to Be Hottest Year Ever Recorded 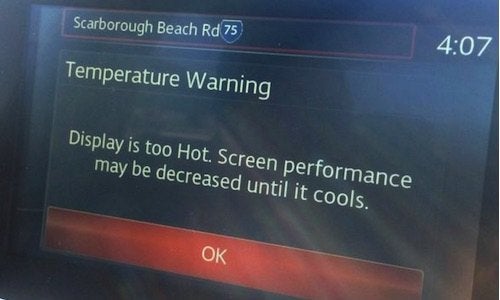 It’s only February but it looks like 2016 is already on track to be hottest year ever recorded. As some cities shake off an especially brutal winter, other cities are melting in record-high heat, with one city poised to shatter a five-decade-old weather record.

Australia, which lies in the southern hemisphere, is technically on its last month of summer but the blazing-hot temps in the city of Perth signal otherwise.

In fact, the Western Australian capital “may well be the hottest place on earth right now,” News.com.au reported today with temperatures shooting past 45 degrees Celsius, or 113 degrees Fahrenheit.

The city has now seen three consecutive days of triple-degree weather and could obliterate a February 50-year-old weather record if it hits 40 degrees Celsius or above tomorrow, Abc.net.au reported.

“Perth’s longest run of 40 degree days or more consecutively is four, and that was recorded back in 1933, if we get five we’ve broken that record and we’ve moved into uncharted territory basically,” Bureau of Meteorology spokesman Neil Bennett told the publication.

“The trough is showing no signs of movement whatsoever, it’s sitting there because the high pressure system that is going to help move it away is also stationary in bight.”

Unfortunately, climate change signals even hotter days in the future. Climate researcher and Australian National University professor Will Steffen warned that Perth’s scorching weather this week could get much worse if we don’t curb our reliance on fossil fuels.

“Heatwaves will be even worse than they are now,” Steffen told the Herald Sun. “What happens after mid-century depends on how we get emissions under control but if we keep burning fossil fuels … that means really, really excessive heat during extreme weather—into the 50s [120-plus degrees Fahrenheit].”