From Bar Fights to Wars How Climate Change Fuels Violence 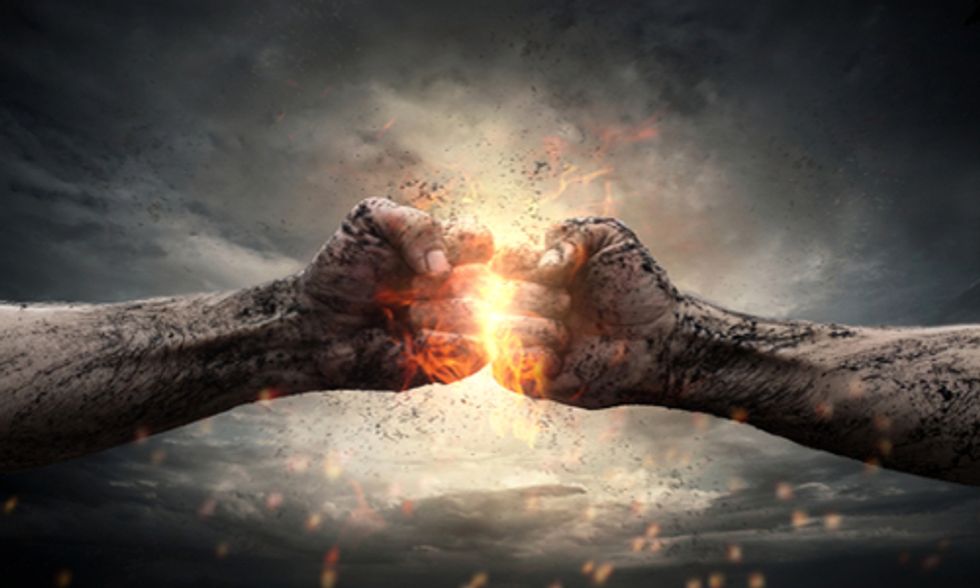 As if we needed something else to spur us into action on climate change, a new report comes to a striking conclusion: that climate change most likely is a strong factor in spiking rates of violence of all kinds, ranging from bar fights to wars. That's what the nonprofit nonpartisan economic research organization, the National Bureau of Economic Research (NBER), concluded in a working paper, Climate and Conflict, that aggregated information compiled by 55 other studies. Those were culled from an even larger group to eliminate those whose methodology NBER researchers considered unreliable.

It's been observed for centuries that violent crime increases in hot weather. The new report documents that raised temperatures are likely the most significant weather factor in raised tempers. But it also found a connection between heavy rainfall and drought to violence.

"Looking across 55 studies, we find that deviations from moderate temperatures and precipitation patterns systematically increase the risk of conflict, often substantially, with average effects that are highly statistically significant," said NBER. "We find that contemporaneous temperature has the largest average effect by far, with each one degree  Celsius increase toward warmer temperatures increasing the frequency of contemporaneous interpersonal conflict by 2.4 percent and of intergroup conflict by 11.3 percent, but that the two-period cumulative effect of rainfall on intergroup conflict is also substantial (3.5 percent per Celsius degree)."

Stanford researcher Marshall Burke, one of three authors of the NBER working paper, pointed out that multiple studies they looked at came to a similar conclusion. In 19 studies, the team found 24 estimates of the relationship between temperature and violence, all positive. "The probability of getting 24 positive values if there was in fact no relationship between temperature and conflict ... is less than 1 in 100 million," Burke told the Washington Post. "It's like flipping a coin 24 times and getting heads each time."

The NBER study took an even broader view, looking at what it called "interpersonal conflict," including domestic violence, road rage, assault, rape and murder, and "intergroup conflict," from war to ethnic violence, gang violence, civil war and political coups.

A recently published dissertation by Harvard doctoral student Matthew Ransom Crime, Weather and Climate Change looked at 30 years of monthly U.S. crime and weather data and projected the impact of climate change on criminal behavior in the future. "Between 2010 and 2099, climate change will cause an additional 22,000 murders, 180,000 cases of rape, 1.2 million aggravated assaults, 2.3 million simple assaults, 260,000 robberies, 1.3 million burglaries, 2.2 million cases of larceny and 580,000 cases of vehicle theft in the United States," he concluded.

And the NBER findings back up a report from the Intergovernmental Panel on Climate Change (ICPP), released last spring, which found that not only did climate change provide fertile ground for violence globally but that large-scale conflicts destroyed infrastructure and resources that addressed climate change and its impacts, creating a negative feedback loop.

"We conclude by highlighting remaining challenges in this field and the approaches we expect will be most effective at solving them, including identifying mechanisms that link climate to conflict, measuring the ability of societies to adapt to climate changes and understanding the likely impacts of future global warming," said the NBER researchers.