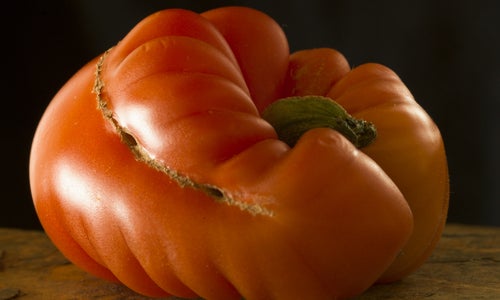 Customers rarely see imperfect fruit and vegetables—the bent cucumber, the two-legged carrot, even the heart-shaped potato—because they are tossed away long before they reach supermarket shelves. But this year, French supermarket chain Intermarché decided to feature these so-called ugly fruits and vegetables in their stores (in an effort to reduce food waste). 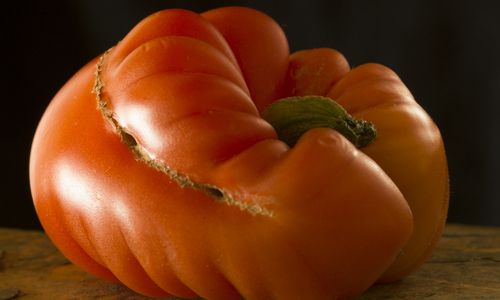 The campaign, Quoi ma gueule? (What’s wrong with my face?), was promoted over a two-day test period in Intermarché stores—France’s third largest supermarket chain—in the north-central town of Provins.

Each year, approximately one-third of total food produced for human consumption is wasted. The U.N. Environment Programme estimates the amount of food lost or wasted is equivalent to over half of the annual global production of cereal crops.

Intermarché gave the ugly vegetables their own catwalk—a dedicated area with their own labeling in the supermarket. The broader advertising campaign, Inglorious Fruits and Vegetables, starred Clementine, the unfortunate mandarin, who informed consumers that her imperfections were “actually quite cute.”

Recognizing internal beauty was central to the campaign, Intermarché used the ugly foods in recipes to show consumers that there is no difference in the quality of the product when compared to better looking produce.

Intermarché priced the ugly vegetables at reduced prices—30 percent lower— compared to the standard produce to encourage sales. “It worked. We faced only one problem— we sold out,” explained one advertisement from Intermarché, created by Marcel Paris. The company saw 1.2 times the average sale per store, and an increase in store traffic of 24 percent.

Globally, there are similar supermarket initiatives working to educate consumers about ugly produce. In Britain, Waitrose has a weather-blemished fruit line; and Fruta Feia is a cooperative in Portugal, selling ugly produce.