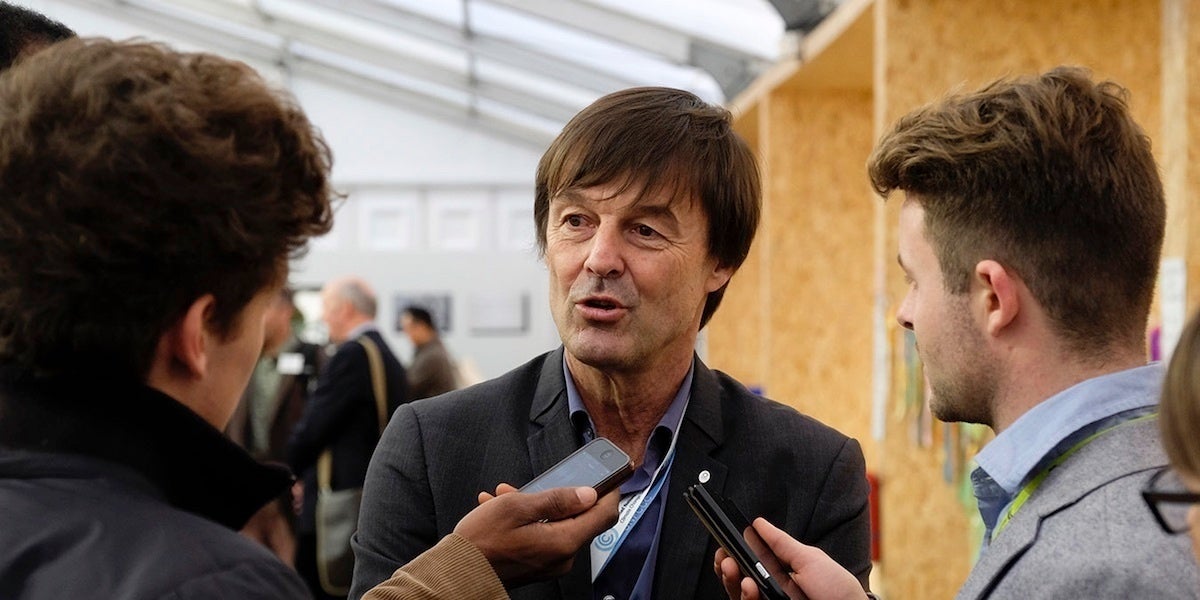 He said the government has made inadequate progress in reducing the use of
pesticides, protecting soil health and defending biodiversity. Hulot said he did not tell his wife, Macron or his prime minister about the decision.

This is a blow to Macron, whose approval ratings have dipped at home. The French president promised to “make our planet great again,” a slogan he introduced after President Trump announced the U.S. would withdraw from the Paris agreement.

Hulot, an environmental activist and former nature television program host, was favored by young people and was consistently popular in polls. He said Tuesday that environmental measures were “always relegated to the bottom of the list of priorities.”

“I don’t want to lie anymore,” Hulot said. “I don’t want to create the illusion that my presence in the government means that we are on top of these issues and therefore I take the decision to quit this government.”

Hulot’s exit comes after the government’s plans to relax hunting restrictions to include cheaper hunting licenses and expanding the number of species that could be shot, the
Guardian reported. Hulot said the move made him aware of the power hunting lobbyists had over the government.

He also had differences with the government’s decision to drop its long-held 2025 target of reducing the share of nuclear energy in its power mix to 50 percent. He also wanted to ban the herbicide
glyphosate but was overruled by the agriculture ministry, according to the Guardian.

Hulot described the verdict as the “beginning of a war” against glyphosate in Europe.

“If we wait, such poisons will not be prevented from doing their damage and the victims will be excessively numerous,” he
said to BFM radio.

The government was taken aback by the resignation.

“The most basic of courtesies would have been to warn the president of the republic and the prime minister,” government spokesman Benjamin Griveaux told the BFM news channel, as quoted by the Guardian.

The Greens in the European Parliament lamented Hulot’s exit.

“Hulot was a hope for the ecologists but Macron’s government doesn’t defend the environment, biodiversity or public health—it listens more to powerful lobbies,” the group tweeted today.

French Environmental Minister @N_Hulot has quit today. Hulot was a hope for the ecologists but #Macron's government doesn't defend the environment, biodiversity or public health – it listens more to powerful lobbies. https://t.co/BZ4Kyu6i9l