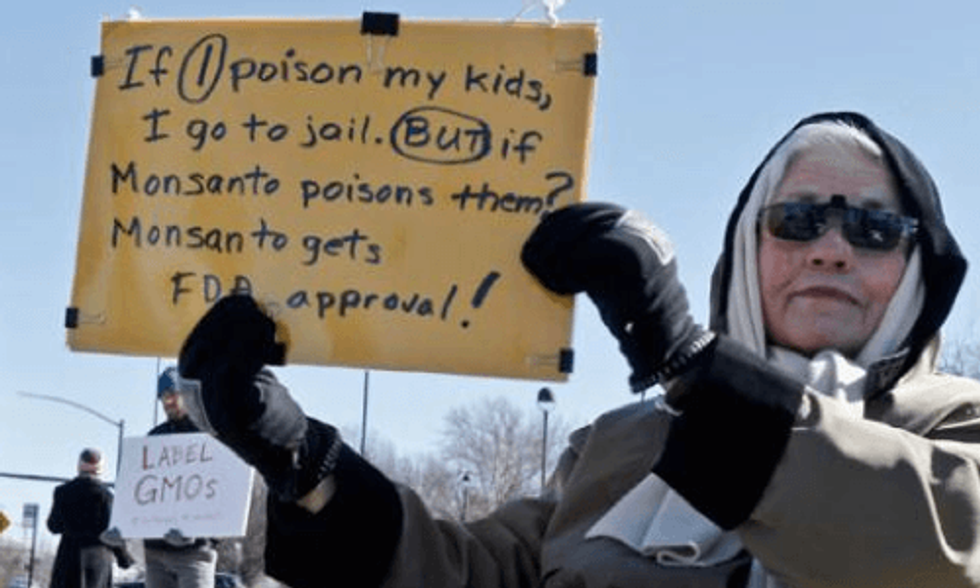 An appeals court in Lyon, France has upheld a 2012 ruling against Monsanto, in which the agribusiness giant was found guilty of the chemical poisoning of a farmer named Paul François.

The grain grower said that in 2004 he became ill due to Monsanto’s weedkiller, Lasso. François claimed he suffered from neurological problems, memory loss, headaches and stammering after inadvertently inhaling the herbicide.

In François' case, doctors determined the cause of his ill health was monochlorobenzene, a highly toxic substance that made up 50 percent of Monsanto's herbicide, according to teleSUR. The substance sent François to the hospital, where he entered in a coma. Subsequent tests showed that the farmer suffered permanent brain disease, teleSUR reported.

In 2012, he filed suit against Monsanto for not providing a warning on the product label and won. Monsanto appealed the decision shortly after.

Yesterday's ruling, however, stamps another victory for the farmer. The appeals court said Monsanto was "responsible" for the intoxication and ordered the company to "fully compensate" François, Reuters reported.

"It is a historic decision in so far as it is the first time that a (pesticide) maker is found guilty of such a poisoning," François Lafforgue, François' lawyer, told the news agency.

RT reported that the farmer (pictured above in 2011) was happy with the outcome, adding: “David can win against Goliath. ... And a giant like Monsanto is not above the law.”

“The decision is very surprising given the inaccuracies and errors that dot Paul François' evidence,” Bretzner said. “But this is just another step and the discussion is going to go on and the fight will go on.”

According to Reuters, Bretzner also said that the potential compensation for the farmer would be decided after the highest court makes a decision. Nonetheless, he said, the award amount would be very low.

"We are speaking about modest sums of money or even nonexistent. He already received indemnities (by insurers) and there is a fundamental rule that says that one does not compensate twice for a loss, if any," Bretzner said.

Lasso, the herbicide in question, was banned in France as well as in all other European Union member countries in 2007. The product has been phased out in the U.S.

However, another active ingredient in Lasso, alachlor, is still the second most widely used herbicide in the country, according the U.S. Environmental Protection Agency (EPA). It so happens that the odorless, white chemical is heavily used on corn and soybeans in Illinois, Indiana, Iowa, Minnesota, Nebraska, Ohio and Wisconsin.

Its rampant use is confounding, as even the EPA says alachor "has the potential to cause damage to the liver, kidney, spleen, nasal mucosa and eye from long-term exposure." The agency also considers it an endocrine distruptor and a carcinogen.

Lasso is not the only Monsanto product considered harmful. In March, the World Health Organization’s cancer arm—the International Agency for Research on Cancer (IARC)—listed glyphosate, the key ingredient in Monsanto's wildly popular weedkiller Roundup, as "probably carcinogenic to humans."

Monsanto maintains the safety of their products and has also demanded a retraction from the IARC.

In related news, just this week, California’s Environmental Protection Agency issued plans to label glyphosate as known to cause cancer, the first state in the country to do so.