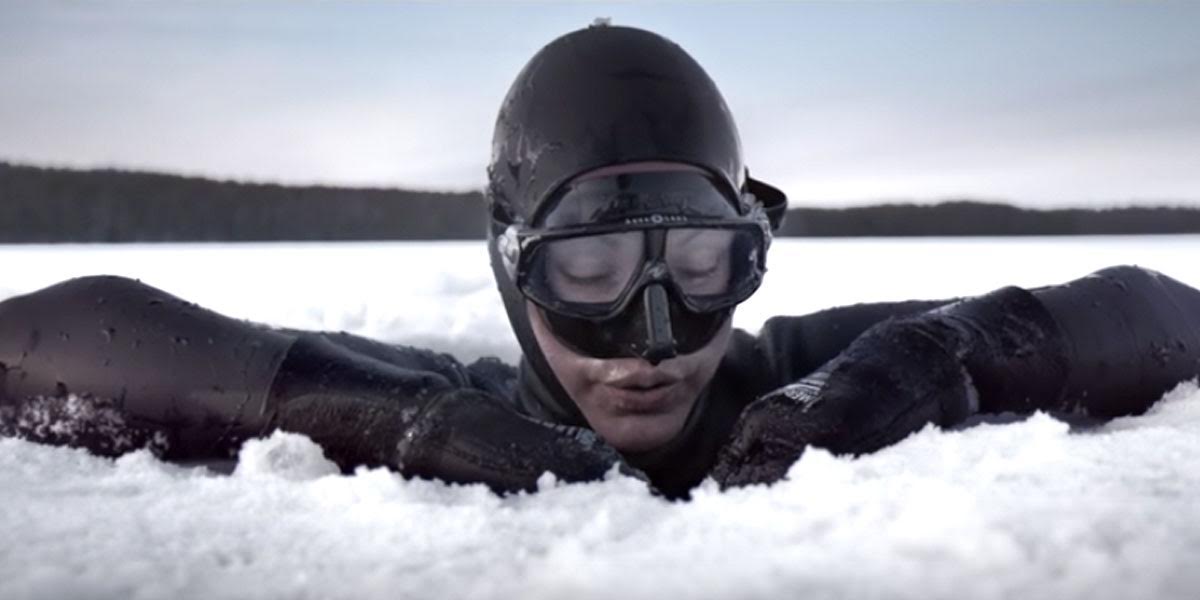 “My leg was so badly broken, they thought I might lose it,” Finnish free diver Johanna Nordblad says in a soothing voice in the opening of a stunning short documentary from British director Ian Derry.

After a terrible downhill biking accident in which Norblad nearly lost her leg to necrosis, she began a cold water treatment of free diving under the Arctic ice that changed her life and saved her leg.

“At first, I did not like it—the cold was agony,” she says in the short film. “But slowly, I got used to the feeling.”

In March 2015, Norblad set the Guinness World Record after completing a 164-foot free dive horizontally under the ice wearing only a swimsuit and a mask at Lake Päijänne in Finland.

Derry told Nowness, he found out about Nordblad from her sister who is a photographer and when he met her and went to the location—which at that point was -24C—he knew he had to make the film.

“The environment and the silence there is something I will never forget,” he said.

Underneath that location—a remote spot in the Arctic landscape—is what Nordblad describes as a “different world, a world so peaceful, so beautiful, endless and desolate” where “with one breath, I’m part of it.”