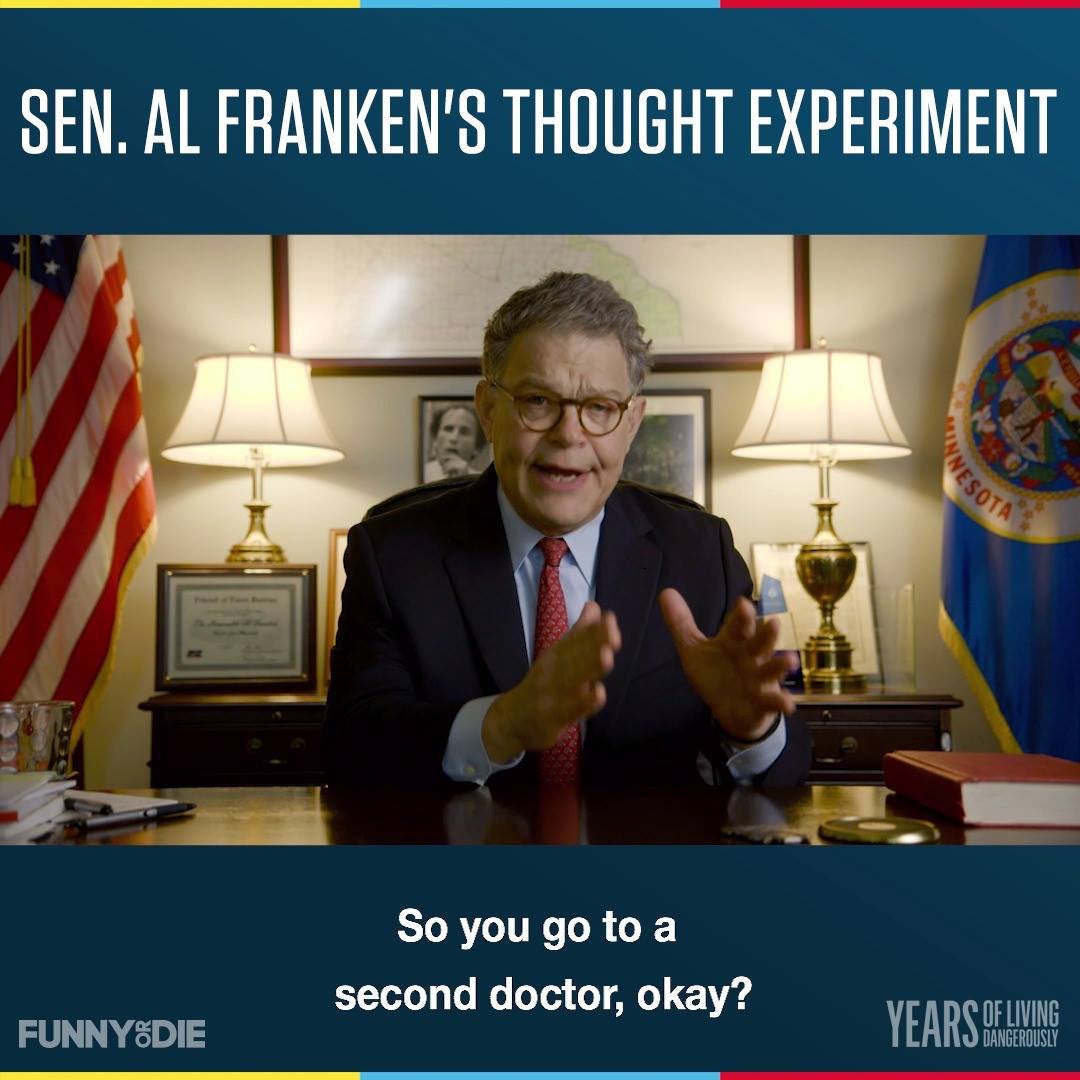 Former comedian and current Sen. Al Franken (D-Minn.) has teamed up with David Letterman to produce a new digital series to make serious conversations about climate change a little funnier.

The series, “Boiling the Frog with Senator Al Franken,” is coproduced by Years of Living Dangerously and Funny or Die, and consists of six five-minute episodes.

For Sen. Franken, it’s an effort to “fight back” against the creeping apathy and disregard toward science and climate change, the AP reported.

“Since taking office, President Trump has decided to disregard science in order to repeatedly put the short-sighted interests of his friends in the fossil fuel industry ahead of the safety of our planet,” Franken said.

“We hope to bring some much needed attention to this critical issue and ultimately, to help encourage people in Minnesota, Dave’s home state of Indiana and all Americans to make their voices heard and join the fight to combat climate change.”