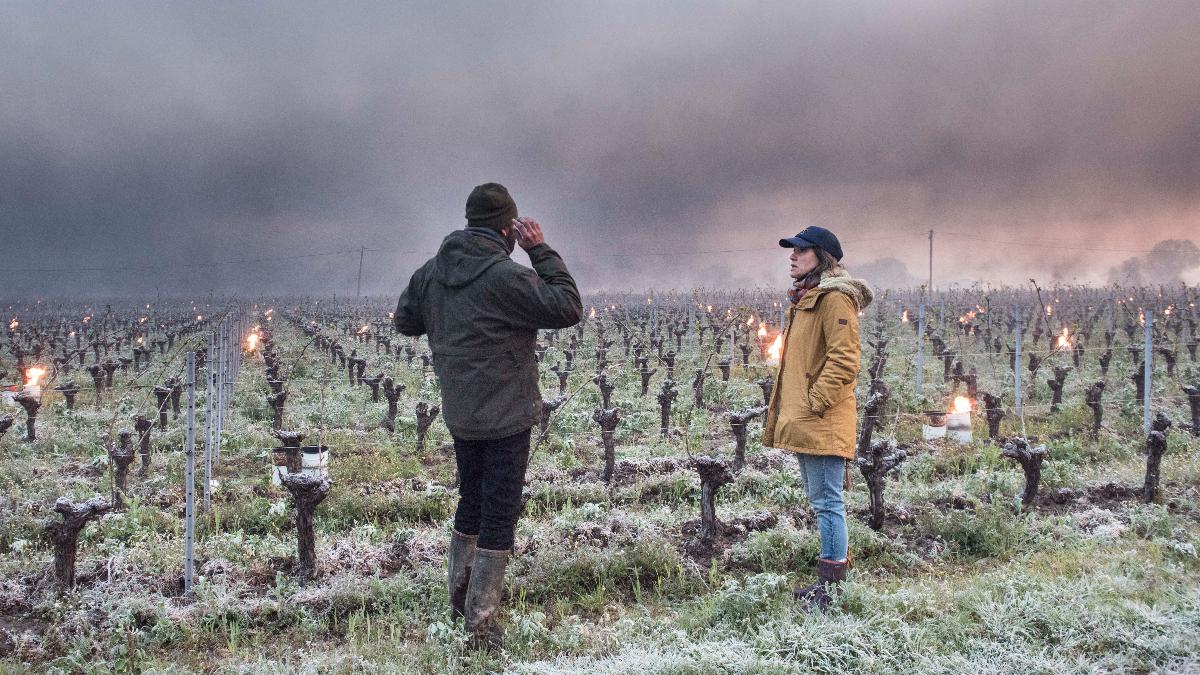 Winegrowers check vines during the burning of anti-frost candles in the Luneau-Papin wine vineyard in Le Landreau, near Nantes, western France, on April 12, 2021. SEBASTIEN SALOM-GOMIS / AFP via Getty Images

“An important share of the harvest has been lost. It’s too early to give a percentage estimate, but in any case it’s a tragedy for the winegrowers who have been hit,” said Christophe Chateau, director of communications at the Bordeaux Wine Council, told CNN.

“I think it’s good for people to understand that this is nature, climate change is real, and to be conscious of the effort that goes into making wine and the heartbreak that is the loss of a crop,” Jeremy Seysses of Domaine Dujac in Burgundy’s Côte de Nuits told Wine Enthusiast.

As reported by Wine Enthusiast:

Last week, images of candlelit French vineyards flooded social media. Across the country, winemakers installed bougies, or large wax-filled metal pots, among the vines to prevent cold air from settling in during an especially late frost.

With temperatures in early April as low as 22°F, and following an unseasonably warm March, this year’s frost damage may be the worst in history for French winegrowers. Every corner of France reports considerable losses, from Champagne to Provence, and Côtes de Gascogne to Alsace. As a result, there will likely be very little French wine from the 2021 vintage reaching U.S. shores.