Macron: France Will Shut All Coal-Fired Power Stations by 2021 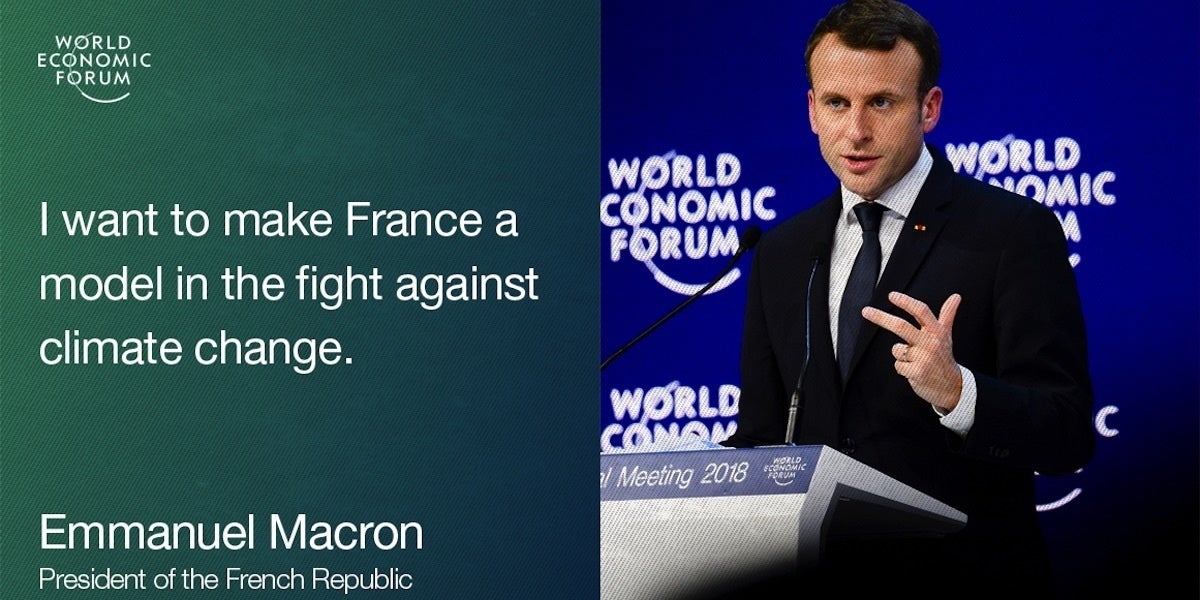 France will shut down all of its
coal-fired power plants by 2021, President Emmanuel Macron announced at the World Economic Forum in Davos, Switzerland.

The deadline is two years ahead of his predecessor Francois Hollande’s goal of shutting down France’s coal-powered plants by 2023.

France only produces around 1 percent of its energy from coal-fired stations, as the country is 99 percent dependent on hydrocarbon imports. However, the move from the world’s fifth largest economy shows it is determined to be a leader on climate issues and sends a signal to other nations.

During his speech to politicians and business leaders on Wednesday, the French president said he wanted to “make France a model in the fight against climate change.”

“That is a huge advantage in terms of attractiveness and competitiveness,” he said. “Talent will come where it is good to live. We can create a lot of jobs with such a strategy.”

We have decided to make France a model in the fight against climate change. We have already attracted hundreds of projects thanks to the #MakeOurPlanetGreatAgain program. #WEF2018 https://t.co/WMo5kBKMU1

Last month, the French parliament
passed a law banning the exploration and production of all oil and natural gas by 2040 within mainland France and all overseas territories. France also plans to ban the sale of diesel and petrol engine cars by 2040.

At Davos, Macron stressed that warming needs to be kept within the 2 degrees Celsius  limit set at the
Paris climate agreement.

“On climate change, we’re losing the battle,” he said,
adding that the world needs concrete action and results by 2020.

“When you arrive here and see the snow, it could be hard to believe in global warming,” Macron said. “Obviously you don’t invite anyone skeptical about global warming this year.”

Trump arrived in Switzerland Thursday to attend the World Economic Forum and to promote his “America First” agenda.