5 Million Gallons of Freshwater Used to Frack Just One Well 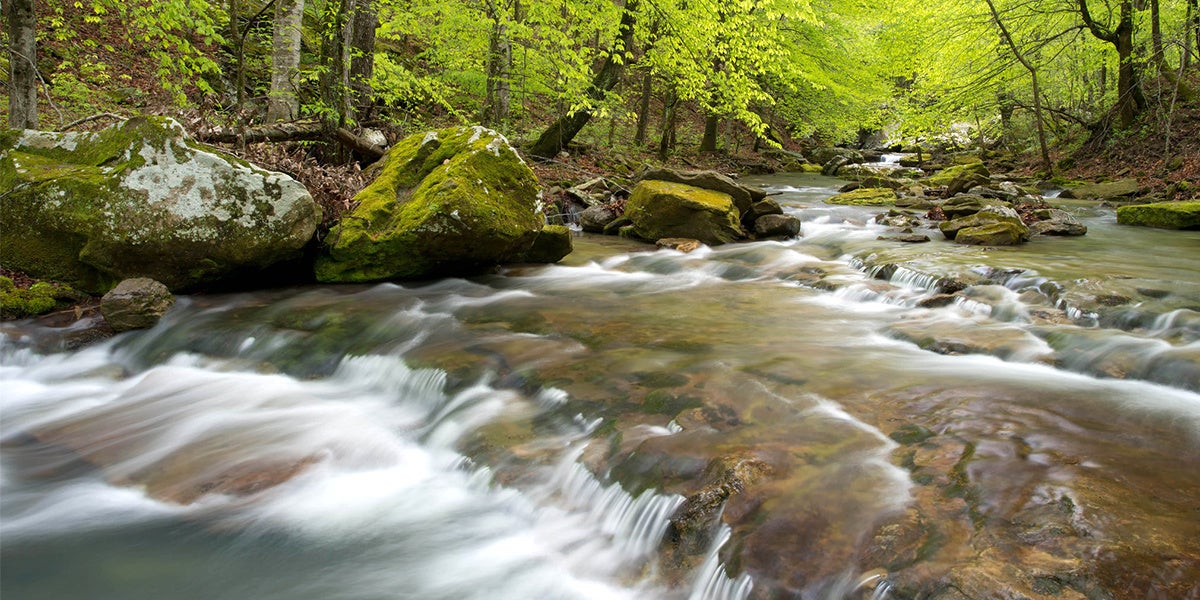 A new
study highlights how the five million gallons of freshwater used to fracture just one gas well in the U.S.—or more than enough to fill seven Olympic-size swimming pools—has depleted water levels in up to 51 percent of streams in Arkansas, as Motherboard reported from the research.

These streams—which also supply drinking water to thousands of people in the region—are home to 10 aquatic species that are declining at a concerning rate, according to a
release on the study. Depending on the time of year, freshwater usage for fracking could potentially affect aquatic organisms in 7 to 51 percent of the catchments, the research team found. Even if 100 percent of the fracking wastewater were recycled, between 3 to 45 percent of catchments could still be affected.

In the summer especially, drawing out millions of gallons of water from a stream for fracking fluids likely has a significant impact on stream temperatures and stream flow, which affects aquatic insects, fish and bottom-dwelling mussels, the study said.

The purpose of the study is to flesh out the potential impact of fracking on streams around the Fayetteville Shale play, an active gas field in Arkansas where more than 5,000 gas wells were drilled using fracking techniques between 2004 and 2014.

But the task wasn’t exactly simple. As Motherboard reported, the researchers “could not obtain detailed data on how much water was pumped from which stream and when.”

“Little is known about how much water can be withdrawn from these streams without impacts on fish and other aquatic species,” lead author Sally Entrekin, a biologist at University of Central Arkansas, told the publication.

“We don’t know if there has been an impact on the streams because there isn’t any site-specific monitoring,” she added.

The researchers concluded that more accessible and precise withdrawal and streamflow data are critical moving forward to assess and mitigate water stress in streams that experience high-volume withdrawals.