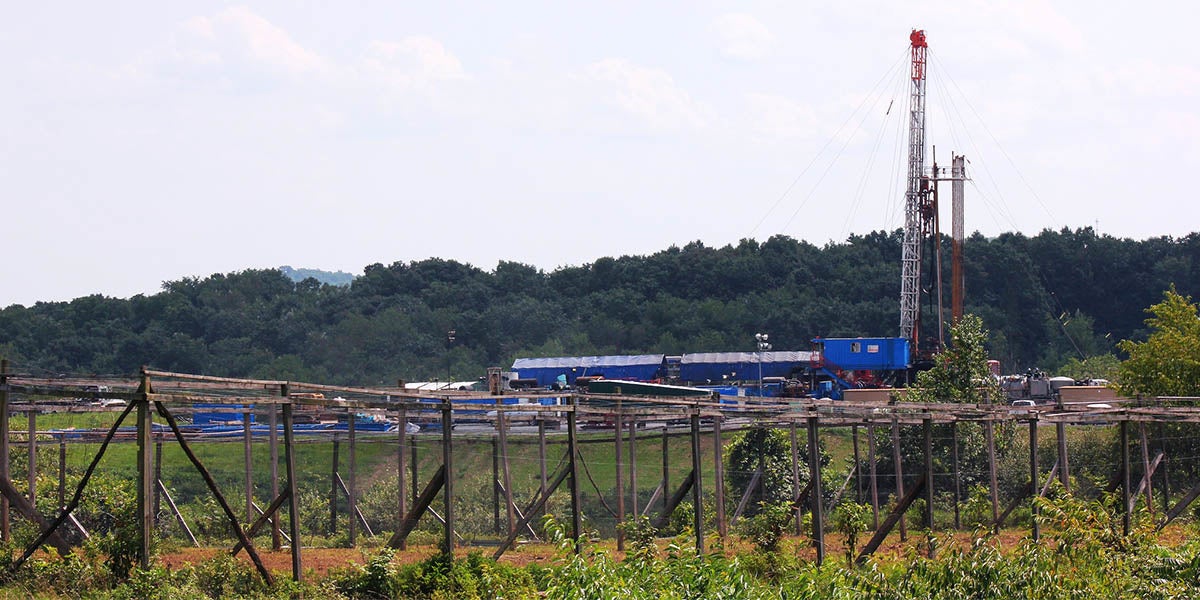 This sanction comes at the request of Pennsylvania General Energy Company (PGE) and the Pennsylvania Independent Oil & Gas Association, but is part of a growing trend to prevent municipalities across the nation from pushing back against state and federal attempts to overrule them.

Starting in 2012, PGE proposed an injection well which, according to Grant Township’s Board of Supervisors, “would receive 30,000 barrels [1.26 million gallons] of frack wastewater per month for 10 years.” The board of supervisors for this small community near Pittsburgh warned that the injection well “threatens to subject every resident of Grant Township to a slow poisoning, and threatens thousands more who depend on Grant Township’s watershed for clean water.”

The community’s law, they added, bans the injection well “as a violation of our basic civil rights.” PGE operates multiple gas-extraction wells in the township.

CELDF, which has defended Grant’s efforts to prevent waste injection wells for over three years, has worked with some 200 municipalities in the U.S. to defend local laws challenging similar corporate projects. The group aims to drive state constitutional change to bolster the rights of local residents and ecosystems against what it calls regressive state preemption and corporate personhood.

Grant Township, for example, is elevating a “right of self-government,” rights “to clean air, water, and soil” and “ecosystem rights” above corporations’ “rights” to inject waste from oil and gas extraction in the township.

These types of local laws often face substantial legal pushback from private corporations and states which claim authority over issues such as fossil fuel production. Along with the sanctions against CELDF, PGE is suing Grant Township itself, population 741, for damages that would likely be in the hundreds of thousands of dollars. Among its claims: The injection well ban violates the corporation’s rights as a “person” under the First, Fourth, and Fifth Amendments; the Equal Protection Clause of the Fourteenth Amendment; and the Contract Clause and Supremacy Clause of the U.S. Constitution.

Grant Township is the fourth local government CELDF has defended in federal court.

At the heart of the court’s decision awarding PGE sanctions against the legal nonprofit (the company originally asked for $500,000) is an argument that the sanctions are justified because CELDF’s legal arguments are contrary to “settled” law and therefore “frivolous.” This reasoning asserts that corporate personhood and Pennsylvania’s authority over municipalities on issues affecting drinking water and fossil fuel development is settled, and therefore CELDF’s defense of Grant’s claim to the contrary is “clearly unreasonable.”

Grant Township, the court wrote, “seeks to disavow constitutional rights afforded corporations so as to prevent PGE from the lawful exercise of its right to pursue gas extraction related activities within its borders.” On top of all this, Grant’s law recognized legal rights for a local ecosystem. CELDF’s attempt to represent that ecosystem in court, the judge ruled, violates the Federal Rules of Civil Procedure, a set of rules that govern how legal proceedings take place in U.S. district courts.

CELDF is not alone in facing sanctions for challenging so-called settled law on similar issues. Defend Local Solutions is a campaign led by Tallahassee’s Mayor Andrew Gillum which is aimed at expanding the powers of municipalities in Florida. The campaign said at least seven states have “super preemption” bills on the books that sanction local officials who dare challenge specific state preemption bills that rescind powers from municipalities.

In Florida, for example, Gillum personally faced the threat of sanctions after he refused to repeal a local law that banned fire arms in public parks (even though the ordinance wasn’t being enforced).

New bills, such as Texas’s highly controversial “show me your papers” and sanctuary city preemption bill (SB4), also include punitive language for municipalities pushing back against state and federal authority.

Texas’s bill would fine local officials and employees $25,000 per day or even remove them from office if they defy the law, according to the Mexican American Legal Defense and Education Fund. Parts of this section of the law, however, are hung up in court. However, the court ruled that local officials can be sanctioned if they outright ban police from asking for people’s immigration papers, and other sections of the bill are in effect, including a section that threatens punishment for local jail officers. The concept of economic retribution for noncompliance is spreading.

Georgia’s 2017 bill, HB37, removes funding from any private college that “prohibits or restricts officials or employees … from communicating or cooperating with federal officials or law enforcement officers with regard to reporting [immigration] status information.” And in 2016 Arizona passed a bill which withholds state funds from localities that enact policy that challenges the state’s claimed supremacy.

In CELDF’s sanction case, the court acknowledges that sanctions can have the effect of “chilling novel legal or factual arguments.”

Thomas Linzey, CELDF’s director and one of the two attorneys being personally sanctioned, said “that’s exactly the point. For years, the oil and gas corporations believed that they could stop the community rights movement by suing municipalities to overturn their local laws; but having failed to do so, they’re now coming after the lawyers who are helping those communities to stop drilling. In many ways, the industry’s filing for sanctions against us is just proof of how strong the community rights movement is becoming.”

In court records, CELDF pointed to Brown v. Board of Education (which overturned “separate but equal” schools for Black and White students, 1954), courts striking down bans on gay marriage, and other novel legal arguments as evidence that sanctions against lawyers who challenge “settled” law could set a dangerous precedent.

“We understand that the real problem isn’t the injection well, but the system of law that keeps trying to shut us down,” the Grant Township Board of Supervisors said in a statement. “We’re not going anywhere.”