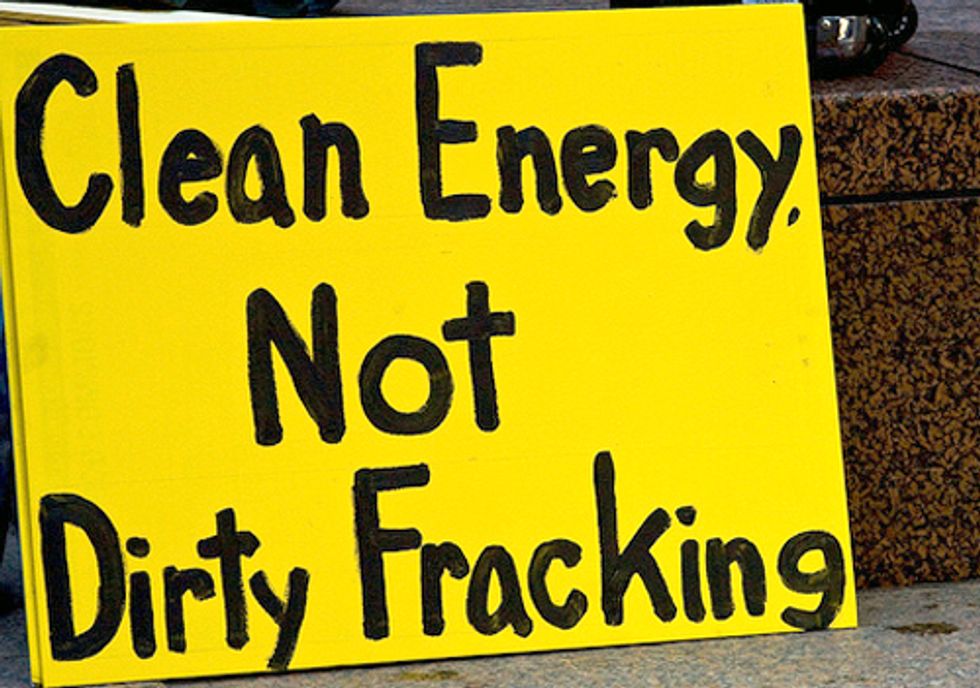 One of the most fascinating and disturbing issues that comes up again and again around fracking is the multitude of exemptions and entitlements that have been handed to the industry at the expense of citizens. Exemptions from the federal drinking water law. Exemptions from citizen challenges. Exemptions from local land use standards and licenses that have protected private property and neighborhoods.

These are all troubling. But one of the most alarming is the fact that overzealous protections for the limited economic interests of oil and gas companies are prioritized over the broad property rights that Americans have enjoyed for most of the nation’s history (based in part on ideas of law, property and the public interest going back to the Magna Carta).

In short, rules on the books in many states—which take away the public’s ability to protect their own property and neighborhood integrity—actually subvert the very fabric of our democracy. It is dangerous stuff that we are seeing emerge in state laws, reducing citizen rights and insulating industry from accountability. A focus on this troubling trend is becoming more and more a focus of our advocacy.

Take Ohio, where it is bad enough that the state has instituted weak rules and tried to help shield industry from disclosing to the public what chemicals they use in fracking.  Perhaps less obvious, but very serious, is the provision in Ohio law that basically robbed communities of their home rule authority on drilling issues.

Last week, an appellate court ruling prevented the City of Munroe Falls from enforcing its own ordinances on land use and licenses. The court sided with oil and gas companies that are going to frack, allowing them to drill without complying with local laws. City law required oil and gas companies  to obtain a city drilling permit, comply with zoning regulations, obtain construction permits, post-performance bonds, and participate in a public hearing that would allow citizens to understand what is being proposed to happen in their community, before drilling and fracking occurs within the city’s boundaries. These laws are standard, traditional and time honored procedures that nearly every other industry must follow.

These kinds of traditional provisions are at the core of ordered liberty and honed in the course of American history to assure respect for the property of others and the dignity of citizens who care for their homes and community. Yet, when faced with these requirements from the city, rather than obey the law, the oil and gas industry opted to sue the city to move forward as they pleased. And the State’s legislature and courts let them get away with it. That is wrong. One could even say it is not the American way. And sadly, it is not unique to Ohio.

Here in Illinois, we are in the midst of a fracking furor. With a rush to lease lands underway and no laws to protect people in this state from the known risks associated with fracking and horizontal drilling, a strong bill is working through the State Legislature. We helped negotiate the rules in the bill in order to make sure it would give people in this state who are presently exposed to dangerous risks as many increased protections as we could get on the books immediately. It is far from comprehensive, but because fracking is already legal here, it provides some safeguards where none currently exist. Among these are explicit protection of citizens’ ability to protect their property by taking part in the permit review process and access to the courts to enforce the law, unlike in Ohio where these rights are barred.

That said, we think Illinois is a long way from being ready to start fracking. The issue of home rule and the integrity of local land use laws is one of many that still desperately need to be sorted out. The archaic Illinois Oil and Gas Act on the books only allows limited home rule authority to protect from the dangers associated with oil and gas extraction. Current Illinois law would allow a similar situation to arise as we saw in Munroe Falls, Ohio this week.

We cannot accept that here, in Ohio, or anywhere else. The Illinois Oil and Gas Act needs reform to address this shortcoming, and to better ensure the safety, economic protection and democratic integrity of the Land of Lincoln.