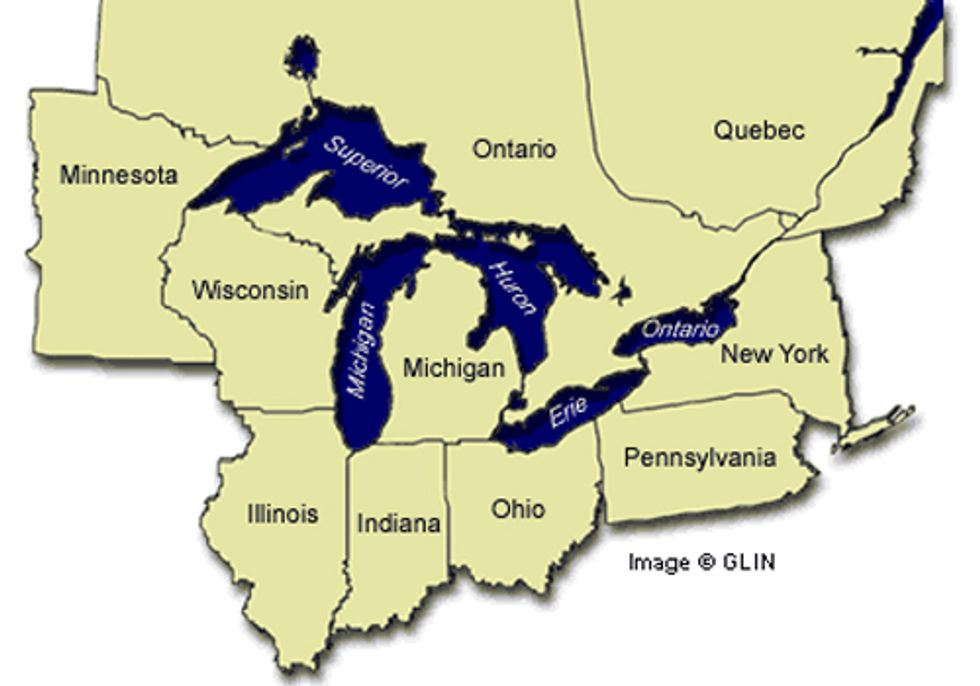 The Great Lakes hold 20 percent of the world’s fresh surface water. According to an article from Environmental Health News—Great Lakes Legacy Contaminants Decreasing, But Newer Ones on the Rise—legacy contaminants are decreasing more quickly than previously reported in three of the Great Lakes, but have stayed virtually the same in two other lakes, according to new research. Polychlorinated biphenyls (PCBs), the pesticide DDT and other banned compounds dropped about 50 percent in fish in Lakes Michigan, Ontario and Huron from 1999 through 2009, although there were no significant changes in Lakes Superior and Erie fish, according to the study to be published this month in Science of the Total Environment.

According to Environmental Health News, Thomas Holsen, co-director of Clarkston University’s Center for the Environment and co-author of the study, said:

“These are very positive results. The lakes are improving and slowly cleaning themselves up.  Even with the decreases, it will be 20 to 30 years until the decades-old contaminants in Great Lakes fish decline to the point that consumption advisories can be eliminated."

All good news, except as we clean up the old chemicals like Polychlorinated biphenyls (PCBs), the pesticide DDT and other banned compounds they are being replaced by newer ones, such as flame retardants that are building up in fish and wildlife and chemicals we are not yet even looking for from oil and gas development.

Today, the natural gas industry is beginning horizontal hydraulic fracturing all around the Great Lakes to extract gas. It is against the law to frack under the lakes but there are no laws about fracking near streams, creeks, rivers that empty into the lakes. This is insane. Hundreds of toxic chemicals are injected under pressure into the ground to fracture the shale formation. Not all of these chemicals are retrieved after the fracking is done. In fact the common gas well leaves behind about 30 percent of the chemicals, radioactive materials and brine. It’s unbelievable, hundreds of chemicals injected all around our fresh water lakes that both the U.S. and Canada have worked for decades to clean up.

This destructive activity is a prime example of governments’ tunnel vision. Oil and gas development moves forward, cleanup of the lakes moves forward, air deposited of chemicals from many sources continues. It’s like shoveling the sidewalk in a blizzard, it won’t be cleaned until the snow stops falling. There is no sign of the chemical blizzards retreat.

I grew up near the lakes in Buffalo and understand their beauty and value. My sister and brother-in-law were active in advocating the cleanup of the lakes in the 1970’s. Our family vacationed on the lakes. It was exciting back then to hear that a serious effort from both sides of the boarder would advance to make the lakes swimmable, the fish safe enough to eat and so many other promises. Now more than 35 years later reports are praising the cleanup of historical chemical deposits while at the same time new chemicals are allowed to enter the lakes without protest.

Fracking is not yet widespread around the great lakes. Yes there are some wells in Pennsylvania, Ohio and Michigan, but we can stop widespread fracking that would further contribute chemicals to our beautiful lakes by taking a stand and insisting that regulations are put in place and bans where necessary to protect this amazing gift of nature. It is up you and me to make it happen.