Fracking the Frackers—A Call for a New Pennsylvania Constitution 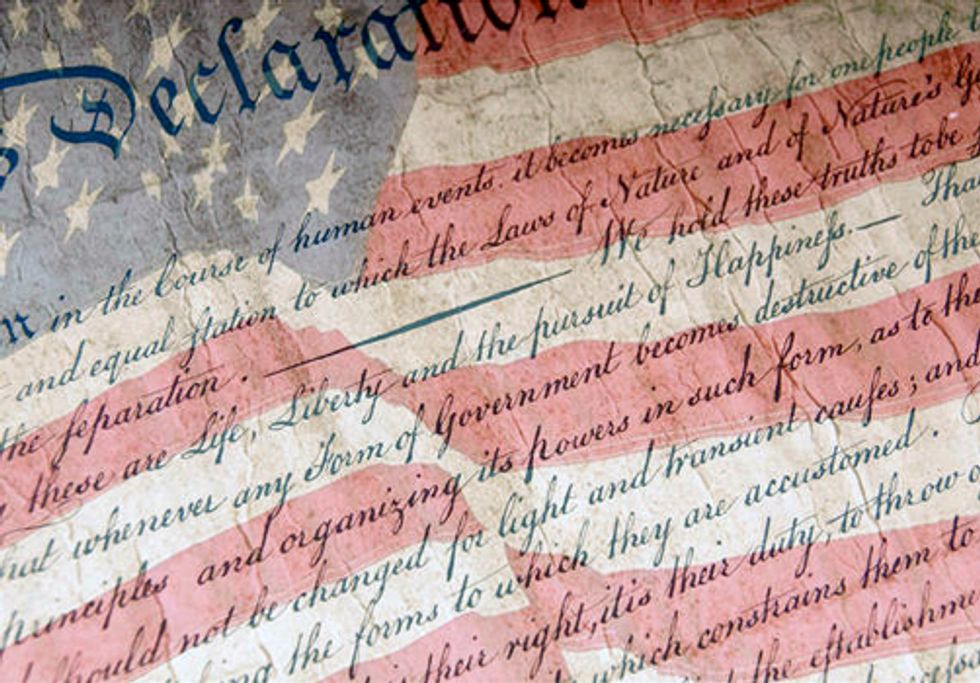 By Thomas Linzey and Ben Price

For anyone with even the slimmest understanding of the role that the Pennsylvania legislature has played over the past several decades, the recent votes planned in the House and the Senate—to strip communities of their remaining slim authority to regulate fracking—should come as no surprise. Pick your poison—one version would strip zoning authority away from municipalities over the siting of frack wells, the other would give the Attorney General’s office the power to override any local regulation of fracking.

Flashback to 2005, when the legislature faced a similar choice—this time around corporate factory farms. Townships across the State were passing laws to ban them. In response, agribusiness corporations used the State legislature to adopt a law authorizing the Attorney General to intervene on the side of those corporations. A flurry of lawsuits then followed in which the Attorney General’s office filed suits against municipalities to overturn those local laws, which “interfered” with the siting of corporate factory farms.

Unfortunately, it’s not a new story. Over the last twenty years, as communities have begun to stand up to corporations across Pennsylvania, the state has joined hand-in-hand with those corporations to create laws which override those communities. It’s happened time and time again on issues of the land application of sewage sludge, timber harvesting, anthracite coal stripmining, water withdrawals and land development. It’s even happened with genetically modified (GM) seeds, with the legislature stepping into the fray in 2004 to preempt Pennsylvania communities from controlling GM seeds within their community.

While people’s memories tend to be fairly short, institutional and corporate memory is much longer. It’s why the same model of dealing with community control over factory farms—by passing legislation enabling the Attorney General’s office to be used by agribusiness corporations to bring municipalities to heel—is now being used in the Senate in an effort to nullify community control over fracking. It’s merely another effort to use the power of the state to leverage corporate control over municipalities.

In the fracking war, it has become more interesting to examine what’s not being talked about than what is. In the legislature, no one is making the argument that municipalities should have the power to ban natural gas extraction within their own community. The only ones advancing that concept are the municipalities that have moved forward to adopt local laws that do just that.

Nowhere in the debate is there talk of a right to “local self-government” or “community self-governance.” You could spend the wee hours of the morning parsing through the debates in the House and Senate and you wouldn’t see any of those words used or any respect paid to the needs of the people who live in the communities that will be fracked.

Nor are the municipal associations raising it. Just like in the past, the Townships Association, the Boroughs Association and the County Commissioners Association are more than willing to sell their own members down the river in an effort to remain relevant as state lobbying groups.

One would think that the major environmental groups in the state would be howling about this state of affairs. You’d be wrong. Counter to their propaganda, groups like PennFuture are running the other way—pushing an agenda of “responsible drilling.” As if you can have fracking and have environmental protection at the same time. Think Citizens Marcellus Shale Commission (CMSC), which issued a 90-page report conceding by omission in that blizzard of words that Pennsylvanians have no inherent right to govern gas extraction corporations, only to ask for more reasonable regulation of the rate at which the natural environment and our communities are destroyed.

You can lay down a blanket, and spread the pillows, but rape by any other name continues to be rape.

The State agency that issues permits to corporations to allow the legalized rape of our communities recently told the people of Dimock that despite the agency’s conclusion that their drinking water had been destroyed by “fracking,” the corporation responsible would no longer have to supply fresh water to Dimock residents. Promises that centralizing control over gas extraction corporations in the hands of the state will protect our rights ring hollow as incidences like this multiply.

It’s no wonder that Pennsylvania communities and municipalities are made to sit at the back of the bus. Nobody is advocating for them—not their state representatives, not their Department of Environmental Protection, not even their own associations or the environmental groups that know fracking is an environmental holocaust.

Time after time, year after year, our communities are stripped of one more power until our local elected officials are relegated to little more than filling potholes—putting them more and more at the mercy of a small handful of corporate decision makers. Replacing public government with a privatized one.

Where does it stop? It only stops if communities join together to force the State to stop it.

Forget the state legislature—they’re going to do what they’re going to do as the corporate whores that they’ve become. Forget the environmental groups—though we should stop funding them when they screw us with our own dollars. Who needs enemies, with friends like these so-called progressives who seek a place at the table of power, only to begin "negotiations" with proposed terms of surrender? And forget the municipal associations—municipalities should revoke their membership in them in response to their complete and utter failure to actually represent their own constituencies.

It’s time for the people to decide about fracking and stop letting middlemen do their worst, while claiming to know best.

What we need is a grassroots, community-driven movement that permanently separates the corporations from our government. One that proposes such wide-scale necessary change that it would turn the Speaker of the House’s face completely white. One that changes the constitutional framework of the state (our framework), to recognize a right to local self-government that can’t be preempted or stolen by the state on the whim of resource extraction corporations. In short, change the law to let the people themselves decide what happens in their own communities.

Sound immensely difficult? Of course. Can we afford not to do it? We can’t. Unless, of course, we want to continue to watch as community lawmaking authority is negotiated away by corporations and the state.

We don’t have a fracking problem. We have a democracy problem.

A little over a year ago, representatives of more than 30 Pennsylvania municipalities came together and collectively issued a document known as the Chambersburg Declaration. It calls for an end to the “corporate state”—which currently guarantees that the law will be used for the benefit of corporate minorities, rather than community majorities. The document calls for a new Pennsylvania Constitution—one that recognizes and protects a right to local self-government beyond the authority of the state to strip.

It means building a movement that goes around the state apparatus. It means occupying our local governments by openly ignoring “illegitimate” laws made by state government. It means joining together to write a 21st century constitution which understands that sustainability is impossible without true community democracy.

And let’s get started by trashing these new fracking laws. Operating hand in hand with the fracking corporations, the legislature will do everything in its power to pry open our lands, our neighborhoods and our communities for the frackers. The courts are already busy doing piece work for corporations as they challenge ostensibly “legal” zoning ordinances in Western Pennsylvania communities like South Fayette, Mount Pleasant, Cecilm and other municipalities around the state.

And the governor has populated agencies and commissions of the state with industry hacks. It’s time to frontally challenge the authority of the State by banning fracking in our communities, and then dare the legislature and the courts to use state power to authorize the fracking corporations to override our rights and our authority to self-govern where we live.

That means following the lead of Pittsburgh and other municipalities on fracking to adopt local Bills of Rights, which ban fracking in those communities as a violation of our rights to clean air, clean water and self-government. Hopefully, when people see the state acting in all of its perverted and disgusting forms to protect the very corporations benefiting from this state of affairs, we can finally begin the work of restructuring our government so that it actually works for us.

If not us, then who? And if not now, then when?

The Community Environmental Legal Defense Fund is a nonprofit, public interest law firm that has assisted over a dozen Pennsylvania communities to adopt community bills of rights than ban fracking within those municipalities. Over the past fifteen years, the Legal Defense Fund has assisted over one hundred and thirty communities in six states to elevate community rights over corporate “rights.” For more information, www.celdf.org.