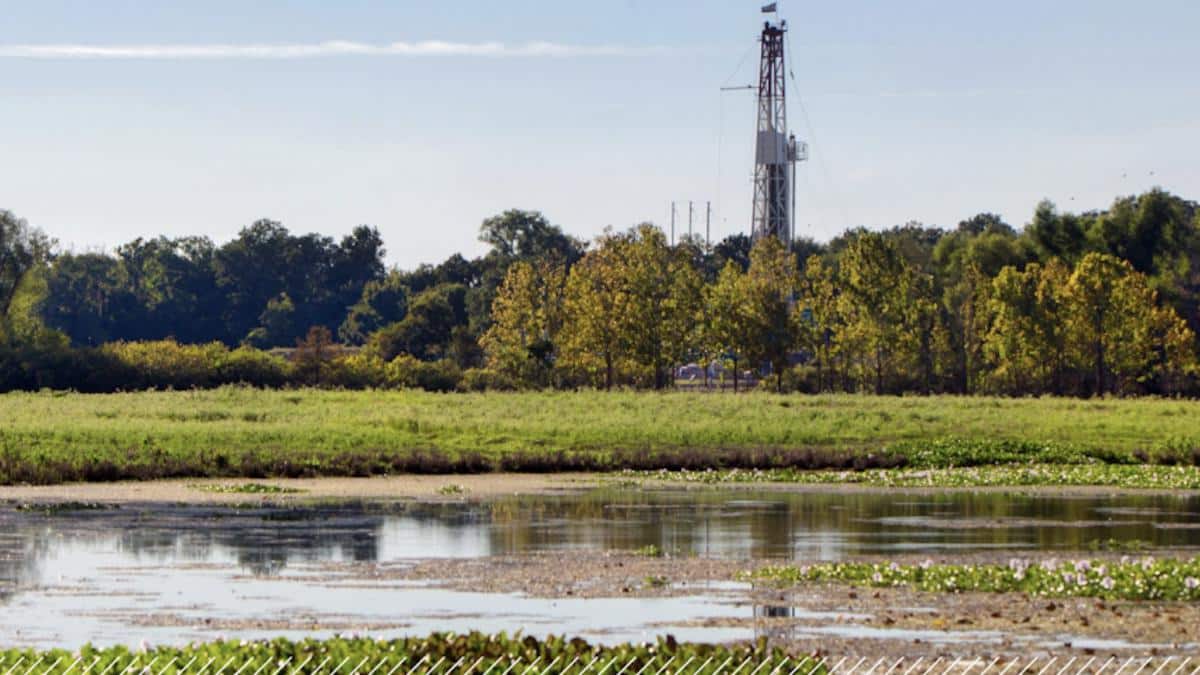 A new study correlates poorer surface water quality with nearby hydraulic fracturing but finds that the impacts aren’t major enough to be considered harmful by federal regulators. However, the researchers noted they weren’t able to study “potentially more dangerous” substances related to fracking because of a lack of data.

While some published studies have already linked groundwater contamination with hydraulic fracking activity, one of the researchers behind the study, Christian Leuz of the University of Chicago, said through a press release that their work was the “first large-sample evidence showing that hydraulic fracturing is related to the quality of nearby surface waters for several U.S. shales.”

The study, published in the journal Science, found “small but consistent” increases in the concentration of nonbiodegradable salts in watersheds where new hydraulic fracturing activities were taking place.

“The high salt concentrations were most pronounced at monitoring stations located closer to wells and at stations likely located downstream from wells,” the study summary noted, adding that the highest accumulations were “observed within a year from drilling at monitoring stations assigned as downstream from a well and within 15 kilometers [or less than 10 miles] from a well.”

Researchers studied four salts associated with hydraulic fracturing flowback, or the fluids that bubble up to the surface through a fracking well due to pressure, and a briney wastewater mixture known in the industry as produced water. Three salts were found to have elevated concentrations associated with new hydraulic fracturing: chloride, barium and strontium. A fourth salt was studied — bromide — but evidence correlating its presence to new fracking development was “mixed and not robust.”

The concentrations identified by the researchers aren’t high enough to be considered harmful by the U.S. Environmental Protection Agency, according to a study summary.

“Our work provides the first large-sample evidence showing that hydraulic fracturing is related to the quality of nearby surface waters for several U.S. shales. Though we estimated very small water impact, one has to consider that most measurements were taken in rivers or streams and that the average fracturing well in our dataset was not particularly close to the monitors in the watershed,” explained Leuz through the press release.

The researchers warned that the hydraulic fracturing process results in fluids with chemicals “that are potentially more dangerous than salts.” However, the researchers weren’t “able to look for these chemicals because they’re not widely covered by public databases” and lamented the “availability and measurement frequency of water quality data.”

The study was conducted by Leuz, Pietro Bonetti of the University of Navarro in northern Spain and Giovanna Michelon of the University of Bristol in the United Kingdom. The researchers say they “used a geo-coded database that combined surface water measurements with 46,479 hydraulic fracturing wells from 24 shales across 408 watersheds from 2006 to 2016” and applied a statistical model to draw their conclusions.

Bridget is a freelance reporter and newsletter writer based in the Washington, D.C., area. She primarily writes about energy, conservation and the environment. Originally from Philadelphia, she graduated from Emerson College in 2016 with a degree in journalism and a minor in environmental studies. When she isn’t working on a story, she’s normally on a northern Maine lake or traveling abroad to practice speaking Spanish.