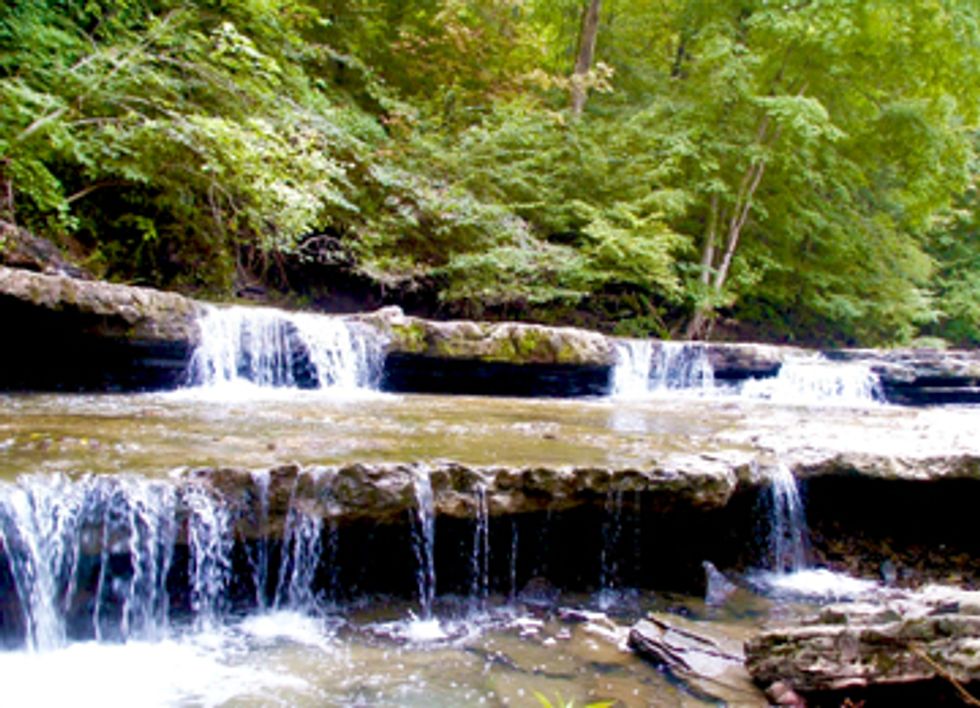 My heart breaks when I think of the growing assaults on our commons—on our air, our water and our public lands. In southeast Ohio, Wayne National Forest, Ohio’s only national forest, has been abused for decades. Extensive logging takes place under false pretenses as “ecological management.” The area has been assaulted by “prescribed” burns, which are not even appropriate in eastern forests. ATV trails increasingly riddle the land. Non-native species invade wherever there is a disturbance.

Recently, the Wayne National Forest faced an imminent gas and oil lease sale of more than 3,000 acres, most of it in the Hocking River Valley. Maps of the parcels to be sold revealed all to be riddled with abandoned coalmines. Two cities in the watershed, Nelsonville and Athens, rely on the Hocking River aquifer as their sole-source drinking water supply. The sale would threaten the drinking water of more than 70,000 people.

Thanks to legal expertise provided by Nathan Johnson of the Buckeye Forest Council and to public alerts by community activists, dozens of formal protests, including letters from local officials and Ohio University, were submitted to the Bureau of Land Management (BLM), the agency in charge of the sales process, in the final week before the Oct. 7, 2011, public comment period deadline. The sale was canceled.

Despite further legal appeals by the Buckeye Forest Council and its state and national allies and by a dozen regional and national environmental groups, as well as thousands of petition signatures, rallies attended by hundreds of people and voluminous research and visits by community members and leaders, Wayne Supervisor Anne Carey concluded that a future lease sale could be conducted without an Environmental Impact Statement (EIS). This decision flew in the face of legal arguments that an EIS was necessary to evaluate risks of deep-shale drilling and high-volume horizontal fracturing. No new sale has been scheduled.

Our region, long a sacrifice zone, was heavily affected by nineteenth and twentieth century coal mining and is just beginning to recover with an attractive university, healthy tourism and a nationally recognized farmers’ market and local food economy. The fate of this newly flourishing community now lies with the BLM and President Obama, putting it in grave danger.

The BLM’s proposed rules for fracking on federal lands will not protect our water supplies from tens of thousands of pounds of undisclosed toxic chemicals, many of them known carcinogens or neurotoxins, used per frack. Casings inevitably leak, and acidic mine water makes well failure likely sooner rather than later.

Furthermore, Ohio law permits unlimited water withdrawals from public waterways with each frack job uses as much as 10 million gallons of water. It also permits air emissions of volatile organic compounds, including the known carcinogens benzene and toluene, which average 23 tons per well according to the U.S. Environmental Protection Agency. There could be 13 well pads in the Wayne forest in the next three years, each potentially containing 10 wells. Fracking and drilling there would add six million pounds of toxic pollutants to the air, excluding truck carbon dioxide emissions and methane leakage.

Methane is as much as 105 times more potent a greenhouse gas than carbon dioxide at the 20-year time frame. Methane leakage alone makes fracking for natural gas worse than coal for our climate. Fracking also produces millions of gallons of radioactive toxic waste per well. More than a half billion gallons were injected in Ohio in 2012, more than half from out-of-state.

National forests are owned by the American people. We must fight to protect what is rightfully ours—the Wayne National Forest and other lands managed by the BLM.

Fracking destroys water supplies, pollutes air and threatens local food, tourist economies and the climate. Fracking must be banned for the sake of our nation’s public, environmental and economic health and for the sake of our communities and our planet’s future. Our land and planet are not up for grabs.

Take action today to tell the BLM and President Obama: Enough is enough. Our government must protect our public lands and our commons from destruction. Ban fracking on public lands now.

Heather Cantino is a board member of Buckeye Forest Council and steering committee member of Athens County Fracking Action Network.