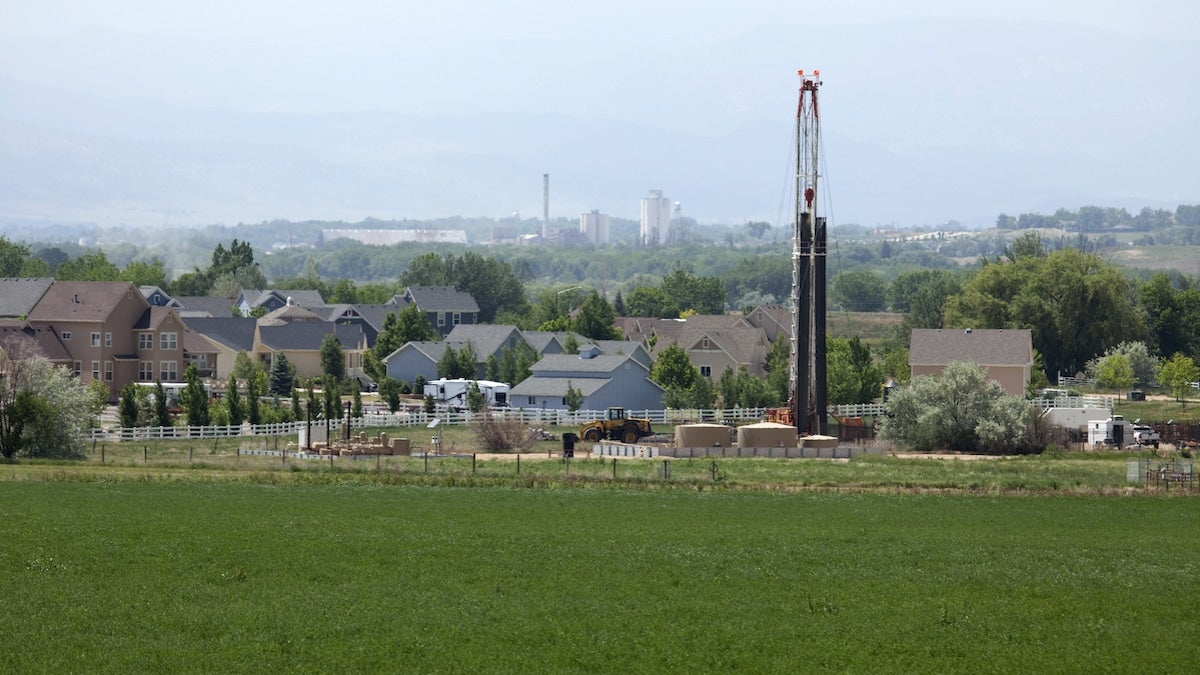 A fracking rig near homes in the town of Frederick, Colorado. milehightraveler / iStock / Getty Images Plus

A new study shows that older adults who live near or downwind of unconventional oil and gas developments (UOGD), such as fracking sites and directional drilling, experience higher risks of early deaths.

The study, published in the journal Nature Energy by Harvard T.H. Chan School of Public Health, is the first time researchers have been able to link air pollution caused by oil and gas drilling sites to heightened risks of early death for older adults.

“Although UOGD is a major industrial activity in the U.S., very little is known about its public health impacts,” said Petros Koutrakis, professor of environmental sciences and senior author of the study. “Our study is the first to link mortality to UOGD-related air pollutant exposures.”

The authors warn that over 17.6 million people in the U.S. live within one kilometer of an active oil or gas fracking, directional drilling or other UOGD site. These sites typically require longer construction periods, more space for the drilling equipment and more chemicals during drilling. Previous studies have connected exposure to these sites to health complications, but there has been little analysis on if, and how much, these UOGDs put people at risk of early death.

“There is an urgent need to understand the causal link between living near or downwind of UOGD and adverse health effects,” said Francesca Dominici, study co-author and Clarence James Gamble Professor of Biostatistics, Population, and Data Science.

Researchers studied over 15 million Medicare beneficiaries living in major fracking and directional drilling sites across the U.S. from 2001 to 2015. They found that the older adults, aged 65 and over, who lived closer to these sites had higher risks of early mortality. The closer someone lived to a fracking or directional drilling operation, the higher the risk, and people closest to the active wells had about 2.5% higher risk than those who lived farther away.

Living near the fracking sites can increase one’s exposure to volatile organic compounds (VOCs), nitrogen oxides and radiation, according to the study. But study authors noted that they could not determine exactly which air pollutants are causing the higher mortality risk, especially because there are rarely any air monitoring stations near fracking sites.

“Our findings suggest the importance of considering the potential health dangers of situating UOGD near or upwind of people’s homes,” said Longxiang Li, lead author and postdoctoral fellow in the Department of Environmental Health.