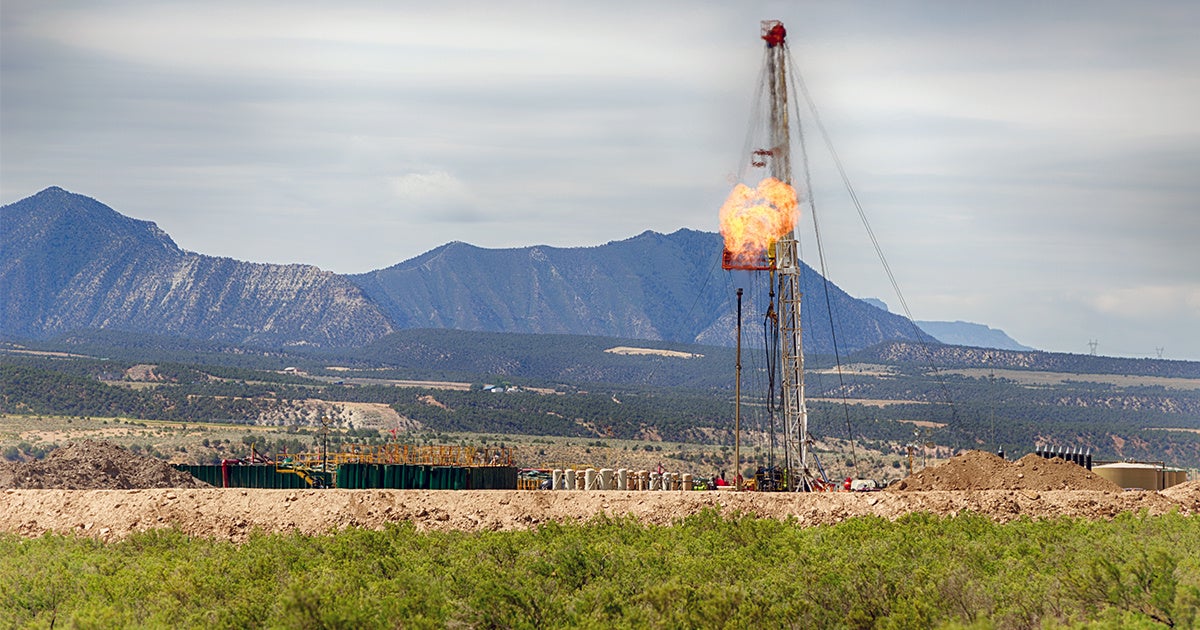 32 fracking companies in the U.S. are running a deficit of nearly $1 billion. grandriver / iStock / Getty Images Plus

2018 was the year the oil and gas industry promised that its darling, the shale fracking revolution, would stop focusing on endless production and instead turn a profit for its investors. But as the year winds to a close, it’s clear that hasn’t happened.

Instead, the fracking industry has helped set new records for U.S. oil production while continuing to lose huge amounts of money—and that was before the recent crash in oil prices.

But plenty of people in the industry and media make it sound like a much different, and more profitable, story.

Going into this year, the fracking industry needed to prove it was a good investment (and not just for its CEOs, who are garnering massive paychecks).

In January, The Wall Street Journal touted the prospect of frackers finally making “real money … for the first time” this year. “Shale drillers are heeding growing calls from investors who have chastened the companies for pumping ever more oil and gas even as they incur losses doing so,” oil and energy reporter Bradley Olson wrote.

Olson’s story quoted an energy asset manager making the (always) ill-fated prediction about the oil and gas industry that this time will be different.

“Is this time going to be different? I think yes, a little bit,” said energy asset manager Will Riley. “Companies will look to increase growth a little, but at a more moderate pace.”

Despite this early optimism, Bloomberg noted in February that even the Permian Basin—”America’s hottest oilfield”—faced “hidden pitfalls” that could “hamstring” the industry.

They were right. Those pitfalls turned out to be the ugly reality of the fracking industry’s finances.

And this time was not different.

On the edge of the Permian in New Mexico, the Albuquerque Journal reported the industry is “on pace this year to leap past last year’s record oil production,” according to Ryan Flynn, executive director of the New Mexico Oil and Gas Association. And yet that oil has at times been discounted as much as $20 a barrel compared to world oil prices because New Mexico doesn’t have the infrastructure to move all of it.

Who would be foolish enough to produce more oil than the existing infrastructure could handle in a year when the industry promised restraint and a focus on profits? New Mexico, for one. And North Dakota. And Texas.

In North Dakota, record oil production resulted in discounts of $15 per barrel and above due to infrastructure constraints.

Texas is experiencing a similar story. Oilprice.com cites a Goldman Sachs prediction of discounts “around $19-$22 per [barrel]” for the fourth quarter of 2018 and through the first three quarters of next year.

Oil producers in fracking fields across the country seem to have resisted the urge to reign in production and instead produced record volumes of oil in 2018. In the process—much like the tar sands industry in Canada—they have created a situation where the market devalues their oil. Unsurprisingly, this is not a recipe for profits.

Shale Oil Industry ‘More Profitable Than Ever’ — Or Is It?

However, Reuters recently analyzed 32 fracking companies and declared that “U.S. shale firms are more profitable than ever after a strong third quarter.” How is this possible?

So, “more profitable than ever” means that those 32 companies are running a deficit of nearly $1 billion. That does not meet the accepted definition of profit.

A separate analysis released earlier this month by the Institute for Energy Economics and Financial Analysis and The Sightline Institute also reviewed 32 companies in the fracking industry and reached the same conclusion: “The 32 mid-size U.S. exploration companies included in this review reported nearly $1 billion in negative cash flows through September.”

The numbers don’t lie. Despite the highest oil prices in years and record amounts of oil production, the fracking industry continued to spend more than it made in 2018. And somehow, smaller industry losses can still be interpreted as being “more profitable than ever.”

One practice the fracking industry uses to obfuscate its long money-losing streak is to change the goal posts for what it means to be profitable. The Wall Street Journal recently highlighted this practice, writing: “Claims of low ‘break-even’ prices for shale drilling hardly square with frackers’ bottom lines.”

The industry likes to talk about low “break-even” numbers and how individual wells are profitable—but somehow the companies themselves keep losing money. This can lead to statements like this one from Chris Duncan, an energy analyst at Brandes Investment Partners:

“You always scratch your head as to how they can have these well economics that can have double-digit returns on investment, but it never flows through to the total company return.”

The explanation is pretty simple: Shale companies are not counting many of their operating expenses in the “break-even” calculations. Convenient for them, but highly misleading about the economics of fracking because factoring in the costs of running one of these companies often leads those so-called profits from the black and into the red.

The Wall Street Journal explains the flaw in the fracking industry’s questionable break-even claims: “break-evens generally exclude such key costs as land, overhead and even at times transportation.”

Other tricks, The Wall Street Journal notes, include companies only claiming the break-even prices of their most profitable land (known in the industry as “sweet spots”) or using artificially low costs for drilling contractors and oil service companies.

While the mystery of fracking industry finances appears to be solved, the mystery of why oil companies are allowed to make such misleading claims remains.

Why does the fracking industry continue to receive more investments from Wall Street despite breaking its “promises” this year?

Because that is how Wall Street makes money. Whether fracking companies are profitable or not doesn’t really matter to Wall Street executives who are getting rich making the loans that the fracking industry struggles to repay.

An excellent example of this is the risk that rising interest rates pose to the fracking industry. Even shale companies that have made profits occasionally have done so while also amassing large debts. As interest rates rise, those companies will have to borrow at higher rates, which increases operating costs and decreases the likelihood that shale companies losing cash will ever pay back that debt.

And yet when Simply Wall St. analyzed the company’s ability to pay back its over $6 billion in debt, the stock market news site concluded that Continental isn’t well positioned to repay that debt. However, it noted “[t]he sheer size of Continental Resources means it is unlikely to default or announce bankruptcy anytime soon.” For frackers, being at the top of the industry apparently means being too big to fail.

Even the Houston Chronicle, a major paper near the center of the fracking boom, recently asked, “How long can the fracking spending spree last?“

The Chronicle notes the epic money-losing streak for the industry and how fracking bankruptcies have already ended up “stiffing lenders and investors on more than $70 billion in outstanding loans.”

So, is the party over?