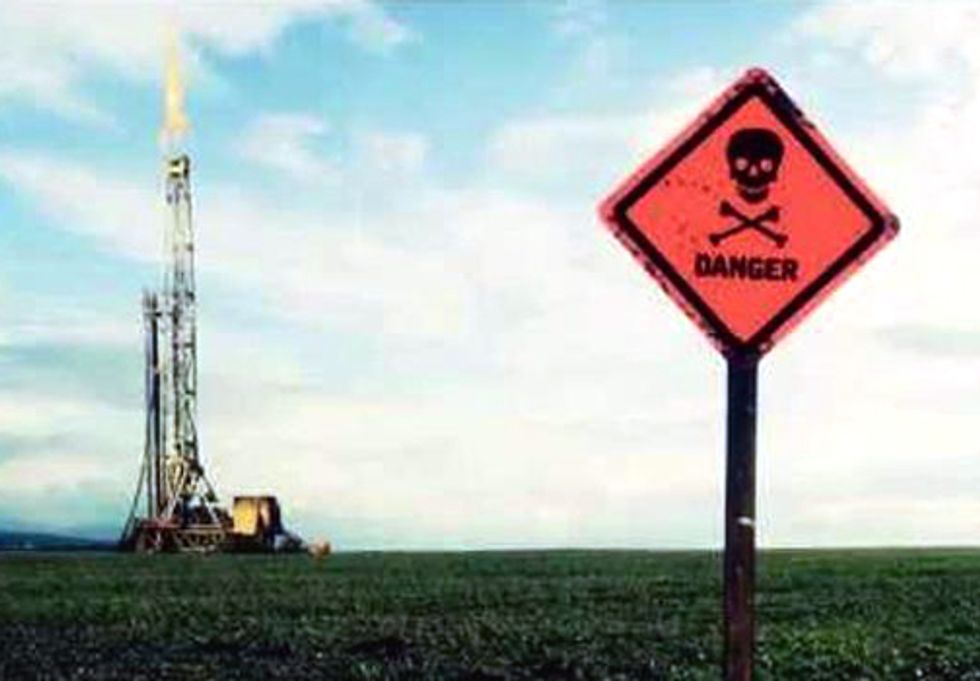 The oil and gas industry plans to frack on college campuses in Pennsylvania, just as it currently does in close proximity to K-12 schools nationwide.

But as National Public Radio (NPR) demonstrated in a recent report, that's just the tip of the iceberg.

"More than a dozen schools in states as varied as Texas, Montana, Ohio and West Virginia are already tapping natural resources on college campuses," the report explains. "The University of Southern Indiana recently started pumping oil."

Like Pennsylvania—which has seen higher education budget cuts totaling more than $460 million since Republican Gov. Tom Corbett took office in 2010—nearly all of these states have faced massive cuts in their most recent budgets.

Fracking on Campus a New Fundraising Mechanism, But "You Can't Drink Money"

Fracking on cash-strapped college campuses in these states has become a new fundraising mechanism and a way to pad endowments.

"...[W]e can put the revenue toward encouraging gifts to the endowment," Kristin Sullivan, a spokeswoman at University of Texas-Arlington told NPR. "This is a finite resource. You have to be very wise about how you allocate that revenue."

The costs associated with fracking on university grounds, though, go far above and beyond revenue it brings into vastly under-funded schools. The climate and ecological costs are also a huge part of any honest equation.

Or put much more simply, "you can't drink money" as the song in this video so clearly highlights.