Fracking, Obama and the 2012 Debate 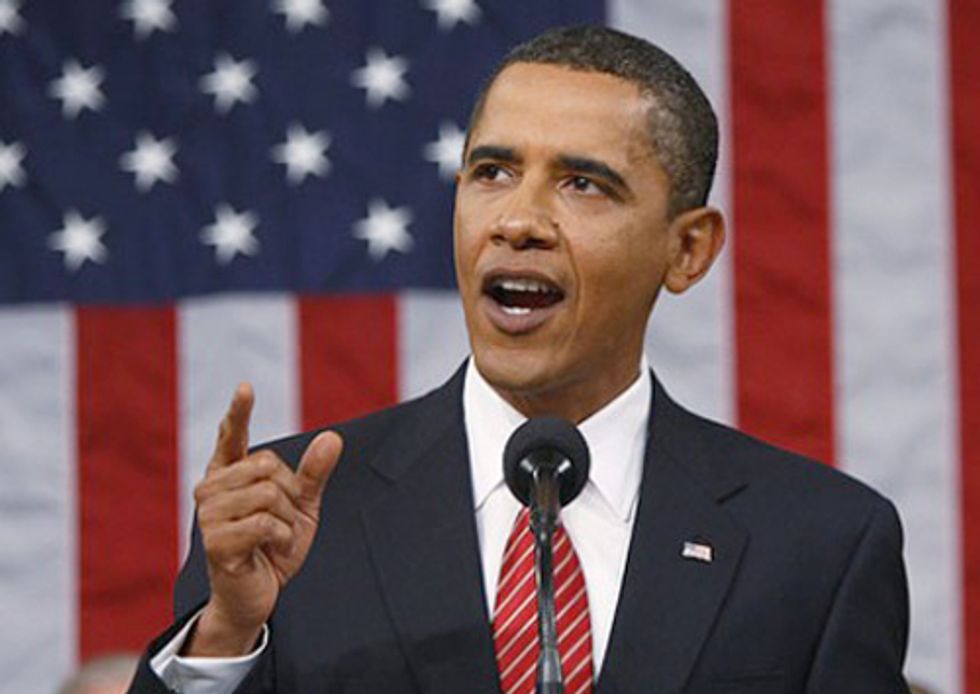 “This country needs an all-out, all-of-the-above strategy. . . that develops every available source of American energy. . . We have a supply of natural gas that can last America nearly one hundred years. . . The development of natural gas will . . . prov(e) that we don’t have to choose between our environment and our economy. . . And by the way, it was public research dollars. . . that helped develop the technologies to extract all this natural gas out of shale rock—reminding us that Government support is critical in helping businesses get new energy ideas off the ground."

Obama said more than this about energy in his State of the Union (SOTU) speech almost a month ago. He talked about the near-doubling of renewable energy in the three years of his presidency and plans to develop “clean energy” on public lands. He stated that he “will not cede” the wind, solar or advanced battery industries to China or Germany. He supported programs to reduce energy waste in buildings. And he used the words “climate change” once, which was one more time than he used it in his 2011 SOTU speech.

But the most striking new idea in the area of energy was his full-throated defense of fracked natural gas as both an example of the important role of government research and the fuel that we can depend on to meet our energy needs for “nearly one hundred years.”

This was a very, very bad development. And it is, accordingly, incumbent upon the climate movement and the progressive movement generally to take up this challenge in this important election year. There must be a loud, popular outcry this year against fracking, as well as all of the other extreme energy extraction methods and fuels—mountaintop removal coal, deep water offshore and Arctic Ocean oil/gas drilling and tar sands oil.

President Obama says that fracked natural gas allows us to essentially chill out. Because of it, “we don’t have to choose between our environment and our economy.”

What a disappointing, inaccurate and alarming statement.

It’s as if the around-a-thousand—so far—documented cases of water poisoning from fracking are caused by one or two “bad apple” companies in the gas industry that can be easily made to see the error of their ways. No, no no!

It’s as if the impact of thousands of heavy truck trips per well, or the huge amounts of water used and mixed with dangerous chemicals to produce contaminated waste water in the process of extracting gas from shale, are easily fixed—not!

And it’s as if the process of drilling for, extracting, processing, transporting, storing, distributing and burning fracked—as well as conventionally-produced—natural gas is not an environmental hazard, a major contributor to the dangerous heating up of the earth.

Over the past two years, a number of studies have produced evidence that, indeed, natural gas is just this:

As President Obama said, it is true that “we don’t have to choose between our environment and our economy,” but that’s not because natural gas in shale is a clean fuel. Natural gas is a dirty fossil fuel that, new studies are showing, is probably worse than coal when it comes to its heating-up impact on our atmosphere, especially in the next 20 years, the time period when we absolutely must, on a worldwide basis, leave fossil fuels behind as our primary energy sources.

“We don’t have to choose” because when we get serious about prioritizing conservation, energy efficiency and renewable energy primarily from the sun, wind and earth (geothermal), this will be a tremendous driver of economic development while being good for our seriously damaged natural environment.

It’s kind-of like what presidential candidate Obama said on Feb. 4, 2008 in Newsweek—“We will have a bold energy agenda that drastically reduces our emission of greenhouse gases while creating a green engine that can drive growth for many years to come.”

The earth has been hard hit in the four years since Feb., 2008 by weather disaster after weather disaster clearly related to our disrupted climate. And yet we are facing the prospect of a debate in 2012 between the two major party candidates over energy policy in which little is said about this deepening crisis or the genuinely clean energy solutions to it.

It is up to the climate movement and the movements against extreme energy extraction to speak up and take action loudly and clearly to force those who want to lead us to respond. Let’s shape the debate.

Ted Glick has been active since 2004 building the climate movement and since 1975 building the independent progressive political movement. Other writings and information can be found at http://www.tedglick.com, and he can be followed on twitter at http://twitter.com/jtglick.