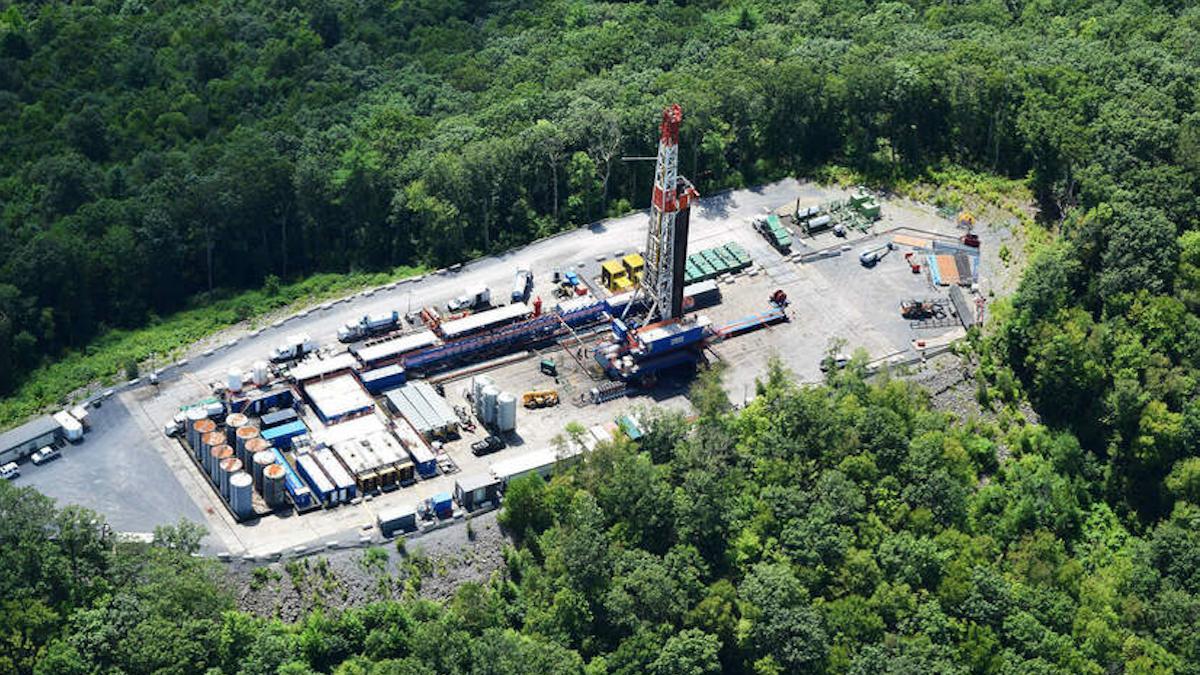 The decade-long fracking boom in Appalachia has not led to significant job growth, and despite the region’s extraordinary levels of natural gas production, the industry’s promise of prosperity has “turned into almost nothing,” according to a new report.

The fracking boom has received broad support from politicians across the aisle in Appalachia due to dreams of enormous job creation, but a report released on February 10 from Pennsylvania-based economic and sustainability think tank, the Ohio River Valley Institute (ORVI), sheds new light on the reality of this hype.

The report looked at how 22 counties across West Virginia, Pennsylvania, and Ohio — accounting for 90 percent of the region’s natural gas production — fared during the fracking boom. It found that counties that saw the most drilling ended up with weaker job growth and declining populations compared to other parts of Appalachia and the nation as a whole.

Shale gas production from Appalachia exploded from minimal levels a little over a decade ago, to more than 32 billion cubic feet per day (Bcf/d) in 2019, or roughly 40 percent of the nation’s total output. During this time, between 2008 and 2019, GDP across these 22 counties grew three times faster than that of the nation as a whole. However, based on a variety of metrics for actual economic prosperity — such as job growth, population growth, and the region’s share of national income — the region fell further behind than the rest of the country.

Between 2008 and 2019, the number of jobs across the U.S. expanded by 10 percent, according to the ORVI report, but in Ohio, Pennsylvania, and West Virginia, job growth only grew by 4 percent. More glaringly, the 22 gas-producing counties in those three states — ground-zero for the drilling boom — only experienced 1.7 percent job growth.

“What’s really disturbing is that these disappointing results came about at a time when the region’s natural gas industry was operating at full capacity. So it’s hard to imagine a scenario in which the results would be better,” said Sean O’Leary, the report’s author.

The report cited Belmont County, Ohio, as a particularly shocking case. Belmont County has received more than a third of all natural gas investment in the state, and accounts for more than a third of the state’s gas production. The industry also accounts for about 60 percent of the county’s economy. Because of the boom, the county’s GDP grew five times faster than the national rate. And yet, the county saw a 7 percent decline in jobs and a 2 percent decline in population over the past decade.

“This report documents that many Marcellus and Utica region fracking gas counties typically have lost both population and jobs from 2008 to 2019,” said John Hanger, former Pennsylvania secretary of Environmental Protection, commenting on the report. “This report explodes in a fireball of numbers the claims that the gas industry would bring prosperity to Pennsylvania, Ohio, or West Virginia. These are stubborn facts that indicate gas drilling has done the opposite in most of the top drilling counties.”

A Boom Without Job Growth

This lack of job growth was not what the industry promised. A 2010 study from the American Petroleum Institute predicted that Pennsylvania would see more than 211,000 jobs created by 2020 due to the fracking boom, while West Virginia would see an additional 43,000 jobs. Studies like these were widely cited by politicians as proof that the fracking boom was an economic imperative and must be supported.

But the Ohio River Valley Institute report reveals the disconnect between a drilling boom and rising GDP on the one hand, and worse local employment outcomes on the other. There are likely many reasons for this disconnect related to the long list of negative externalities associated with fracking: The boom-and-bust nature of extractive industries creates risks for other business sectors, such as extreme economic volatility, deterring new businesses or expansions of existing ones; meanwhile air, water, and noise pollution negatively impact the health and environment of residents living nearby.

“There can be no mistake that the closer people live to shale gas development, the higher their risk for poor health outcomes,” Alison Steele, executive director of the Southwest Pennsylvania Environmental Health Project, told DeSmog. “More than two dozen peer-reviewed epidemiological studies show a correlation between living near shale gas development and a host of health issues, such as worsening asthmas, heart failure hospitalizations, premature births, and babies born with low birth weights and birth defects.”

Moreover, oil and gas drilling is capital-intensive, not job-intensive. As the example of Belmont County shows, only about 12 percent of income generated by the gas industry can be attributable to wages and employment, while in other sectors, on average, more than half of income goes to workers.

In other words, it costs a lot of money to drill, but it doesn’t employ a lot of people, and much of the income is siphoned off to shareholders. To top it off, equipment and people are imported from outside the region — many of the jobs created went to workers brought in from places such as Texas and Oklahoma.

Despite the huge increase in shale gas production over the past decade, the vast majority of the 22 counties experiencing the drilling boom also experienced “economic stagnation or outright decline and depopulation,” the report said.

The American Petroleum Institute did not respond to a request for comment.

“[W]e could see long ago that the job numbers published and pushed out by the industry years ago were based in bluster, not our economic realities,” Veronica Coptis, executive director of Coalfield Justice, a non-profit based in southwest Pennsylvania, told DeSmog, commenting on the report. “At industry’s behest and encouragement, Pennsylvania promoted shale gas development aggressively in rural areas for more than a decade. And yet, the southwestern counties at the epicenter of fracking do not show any obvious improvement in well-being.”

After natural gas prices fell sharply amid a glut of supply beginning in 2012, the number of wells drilled began to slow. Industry proponents then pinned their hopes on a new future: plastics. Petrochemical facilities would process low-cost natural gas into the building blocks of plastic and spur a virtuous cycle of new manufacturing while prolonging the drilling boom.

A 2017 study from the American Chemistry Council said that Appalachia could support as many as nine ethane crackers, massive petrochemical facilities that use natural gas liquids to manufacture little plastic pellets. This study said that the Appalachian petrochemical “renaissance” was in its early stages, but the build-out would bring along a slew of processing facilities, and crucially, a large-scale petrochemical storage hub. Once built, the industry boasted that all of this petrochemical infrastructure would attract more than billion in investment to the region, add more than 25,000 direct jobs, and another 43,000 indirect jobs.

But this petrochemical promise, too, has mostly been a mirage. Most of the proposed ethane crackers have been cancelled or delayed. Only one has moved forward: Shell’s ethane cracker in Beaver County, Pennsylvania, which was lured to the state with a .6 billion tax credit, the largest tax break in Pennsylvania history.

Even in Beaver County, job growth has been anemic: the county saw employment actually contract by 0.5 percent between 2008 and 2019, despite breaking ground on Appalachia’s flagship petrochemical facility, according to ORVI. In reality, the Shell cracker will employ several thousand people temporarily during construction, but only employ 600 people permanently when it comes online.

The market for petrochemicals has soured dramatically since Shell gave the greenlight on the project several years ago, raising doubts about future growth. And yet, in 2020, the Pennsylvania legislature passed another 7 million tax credit intended to lure in more petrochemical facilities to the state. Democratic Governor Tom Wolf supported it.

As the ORVI report concluded: “[P]olicymakers should look very critically at proposals to expand or otherwise assist the natural gas industry, which has yet to demonstrate that it is capable of contributing positively locally or on a large scale to the states and counties where it is most prevalent.”