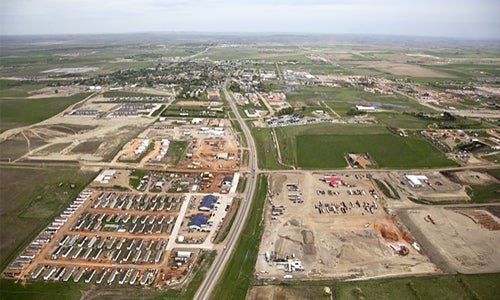 The Bakken shale oilfield is largely responsible for most of a mysterious global rise in atmospheric ethane—a pollutant that can harm human health and heat the atmosphere further—peer-reviewed research published last week reveals.

The Bakken, which stretches from North Dakota and Montana into Canada, has made headlines over the past decade for its sudden drilling boom (and an equally sudden job market bust as oil prices have plunged over the past year). 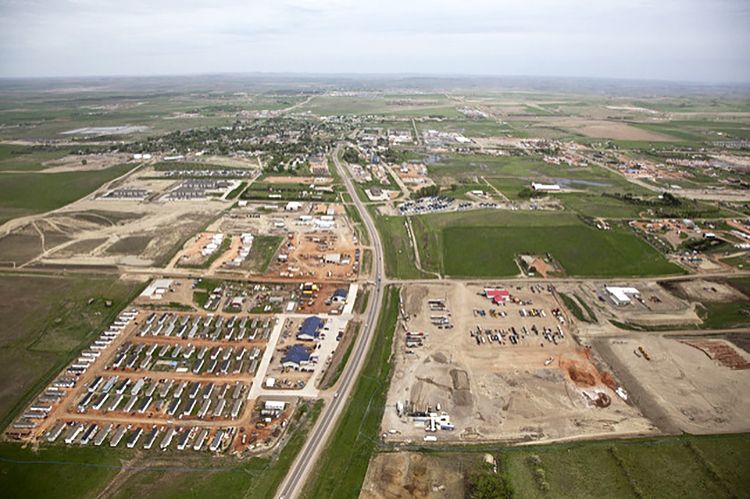 But while the drilling boom made North Dakota the nation’s second largest oil-producing state, the amount of hydrocarbons leaking and being deliberately vented from the oil field may have been enough to alter the composition of the Earth’s atmosphere slightly, reversing a long-running decline in ethane levels worldwide.

The Bakken alone is responsible for roughly two percent of the ethane emitted into the atmosphere worldwide, the newly published paper concludes.

“Two percent might not sound like a lot, but the emissions we observed in this single region are 10 to 100 times larger than reported in inventories,” Eric Kort, a University of Michigan assistant Professor of Climate and Space Sciences and Engineering and lead author of the study, said in a statement.

“They directly impact air quality across North America,” he said. “And they’re sufficient to explain much of the global shift in ethane concentrations.”

Ethane is the second-most common hydrocarbon in the atmosphere and helps form ozone, a gas that at ground-level is usually called smog, the notorious haze that can cause people breathing problems and damage crops.

Smog has long been associated with fracking due to emissions of other pollutants—volatile organic compounds or VOCs—part of the reason that remote areas of Utah have recently suffered from a suffocating blanket of smog at levels higher than those found on summer day in freeway-clogged Los Angeles. But the role of ethane in smog problems is far less widely discussed.

Ethane also contributes to climate change in three ways: as a greenhouse gas itself (though it’s extremely short-lived in the atmosphere so these effects are relatively fleeting), by extending the lifespan of the powerful greenhouse gas methane (because it consumes compounds that help break methane down) and because it helps to form smog, which the researchers described as “the third-largest contributor to human-caused global warming after carbon dioxide and methane.”

It turns out that gas from the Bakken is unusually rich in ethane—sometimes representing as much as half of the natural gas produced from the shale, whereas natural gas is commonly made of roughly 90 percent methane, the scientists concluded.

On 12 days in May 2014, the researchers flew a small twin-engine airplane, a kind commonly used by skydivers, over the Bakken oil field, measuring the composition of the atmosphere in the region.

Scientists from the University of Michigan, The National Oceanic and Atmospheric Administration (NOAA), NASA Goddard Institute for Space Studies, Columbia University, Stanford University and Harvard University all contributed to the newly published research, which was funded primarily by NOAA and NASA.

“We were interested in understanding the atmospheric impacts of some of these oil and gas fields in the U.S.—particularly oil and gas fields that had a lot of expansion of activities in the last decade,” Kort told the Washington Post.

The team measured for methane, carbon dioxide, ozone and a variety of other substances.

But it was the ethane findings that took them by surprise. The Bakken oilfield was emitting about 250,000 tons of ethane per year.

“We did not expect a single oil field to affect global levels of this gas,” said co-author Colm Sweeney, a scientist with the Cooperative Institute for Research in Environmental Sciences at the University of Colorado Boulder and NOAA.

From 1984 to 2009, levels of ethane in the air we all breathe had been dropping and scientists had concluded that was likely because refineries and oil fields were venting less natural gas and had made some progress at plugging leaks. But in 2010, a research station in Europe first noticed that ethane levels had spiked—and since that year, levels have been rising rather than falling.

“These findings not only solve an atmospheric mystery—where that extra ethane was coming from—they also help us understand how regional activities sometimes have global impacts,” Sweeney said, adding that other shale oil fields like the Eagle Ford and Permian basins in Texas might also be contributing to the reversal.

Other scientists confirmed that interpretation of the data. “They’ve basically shown here that a single shale can account for most of the ethane increase that you’ve seen in the past year,” Christian Frankenberg, an environmental science and engineering professor at the California Institute of Technology and a researcher at NASA’s Jet Propulsion Laboratory, told The Independent.

While the researchers largely focused on what they called “the disproportionate role played by the Bakken region, which represented only 2 percent of shale gas production in the U.S. in May 2014 and yet emitted 1-3 percent of total global ethane emissions,” they also pointed out that other research had reported higher levels of ethane near other shale gas plays, like the Marcellus Shale in the eastern U.S.

In part, the paper demonstrates some of the unexpected impacts that the fracking rush has had on the atmosphere, raising questions about the ability of regulators to police an industry whose impacts continue to surprise scientists over a decade into the shale rush.

“Much attention has focused on fugitive methane emissions from shale gas,” the researchers concluded. “This work demonstrates that we must also consider the impact of fugitive ethane emissions, [especially in areas like the Bakken].”

For years, environmentalists have called attention to the difficulties of regulating an industry whose impacts are not fully understood.

“The rapid scale of fracking has outpaced the scientific information we have on fracking,” analyst Pallavi Phartiyal of the Center for Science and Democracy at the Union of Concerned Scientists said in 2013 “and the regulatory response we have on unconventional oil and gas development.”