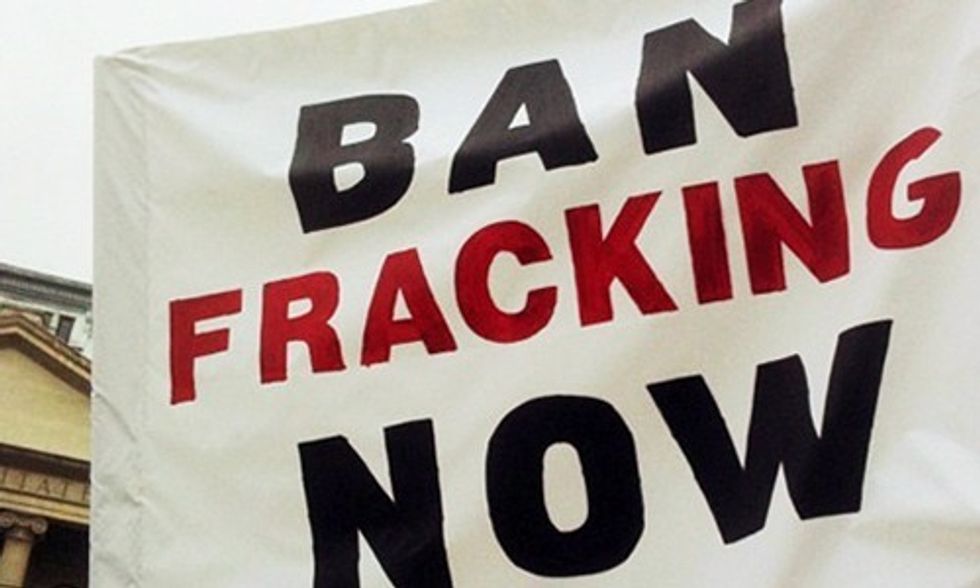 Just as the British government slashes subsidies for solar power and gears up to open up large swathes of the countryside to fracking, a coalition of human rights lawyers and academics have announced an international tribunal to put fracking “on trial."

A coalition of human rights lawyers and academics have announced an international tribunal to put fracking “on trial."

Based on a descendent of the Vietnam War Crimes Tribunal of the 60's, the so-called Permanent Peoples’ Tribunal (PPT), which is based in Rome, is an internationally recognized public opinion tribunal. It functions independently of state jurisdictions.

From June 1979 to the present date, the PPT has held some 40 sessions, including examining the world’s worst chemical disaster at Bhopal in the early 80's which killed thousands of people, injuring hundreds of thousands.

Tribunals apply internationally recognized human rights law and policy to cases brought before them and are nearly identical to traditional courtroom proceedings.

What this allows is ordinary people to compile and submit prima facie evidence about how the shale gas industry has impacted their health, their environment, their livelihood or human rights.

Hearings will be held both in the U.S., which has been at the forefront of the fracking boom and the UK and will take place in front of 5 to 7 jurists experts in international human rights law.

This said, the PPT will be inviting witness testimony from citizens all over the world who will be invited to also hold preliminary mini-tribunals in their own country.

The experts will then decide whether there is sufficient evidence to indict certain nation states on charges of “failing to adequately uphold universal human rights as a result of allowing unconventional oil and gas extraction in their jurisdictions.”

One of the organizers, Dr Tom Kerns, director of the Environment and Human Rights Advisory in Oregon said: “The Tribunal will consider the human rights dimensions of a range of potential impacts: human and animal health, environmental, climatic, seismic, hydrologic and economic impacts, as well as those on local physical and social infrastructures.”

Dr Damien Short, director of the Human Rights Consortium at the University of London and another one of the instigators of the PPT, added that “Fracking has taken place around the world in spite of serious public opposition and with large numbers of people alleging that their human rights have been ignored by those who supposedly represent them. This PPT aims to consider those allegations in an even handed and judicial way.”

The hearings are not due to start until the Spring of 2017, giving communities affected by fracking enough time to compile the evidence of impact and harm.

“This cut would further undermine Britain’s commitment to meeting our climate change targets and deepen our addiction to dirty fossil fuels,” she said.