Fracking Fukushima Batman—Is that a Natural Gas Well Near a Nuclear Power Plant? 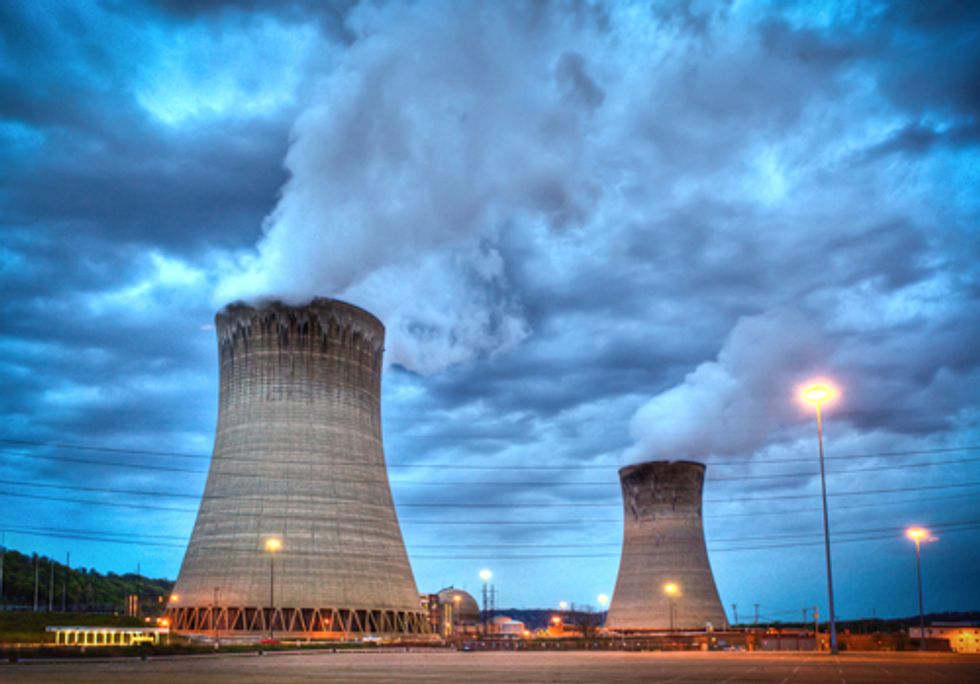 On Oct. 3, Chesapeake Energy was issued a permit by the Pennsylvania Department of Environmental Protection (DEP) to drill for natural gas by fracking one mile from the Beaver Valley Nuclear Power Station in Shippingport, Pennsylvania.

This is disturbing news considering in January evidence proved that Ohio earthquakes were caused by a fracking wastewater injection well.

Shockingly, the Nuclear Regulatory Commission's (NRC) regulation and oversight rules do not cover any related activity off site, including wastewater injection wells, oil and gas drilling—including fracking—or any other types of projects that are in near proximity to nuclear power plants.

So who oversees how drilling for oil and natural gas and related activity might affect the safety of nuclear power plants? Apparently no one.

According to Shale Reporter, an indendent website that provides an unbiased presentation of information about Marcellus Shale issues:

Pennsylvania DEP spokesperson John Poister said there are no required setbacks specifically relating to a required distance between unconventional wells and nuclear facilities, just a blanket regulation requiring a 500-foot setback from any building to an unconventional well.

You'd think after the NRC said in February, "Nuclear reactors in the central and eastern U.S. face previously unrecognized threats from big earthquakes and it needs to require nuclear-plant operators to conduct new seismic studies for all 96 reactors in eastern and central states to determine if the plants could withstand the shaking predicted by the government's new seismic model"—especially in light of the 9.0-magnitude earthquake and tsunami that devastated northeastern Japan on March 11, 2011—that someone would be monitoring extreme fossil fuel extraction near nuclear power plants.

However, U.S. regulators have allowed nuclear power plants to be built in earthquake zones for decades. Experts have warned that the Diablo Canyon Power Plant on the Pacific Coast of California could become California's Fukushima.

No matter who you plan to vote for in the upcoming election, anyone can clearly see there is something gravely wrong with this picture.

Building nuclear power plants on fault lines and coastal areas where tsunamis can destroy them, and allowing natural gas drilling and fracking wastewater injection wells near nuke plans—all in the name of energy independence—reminds me of the lyrics in the David Bowie song Cat People:

And I've been putting out fire with gasoline

Yep, putting out fire with gasoline is exactly what we are doing!

Visit EcoWatch’s NUCLEAR and FRACKING pages for more related news on this topic.