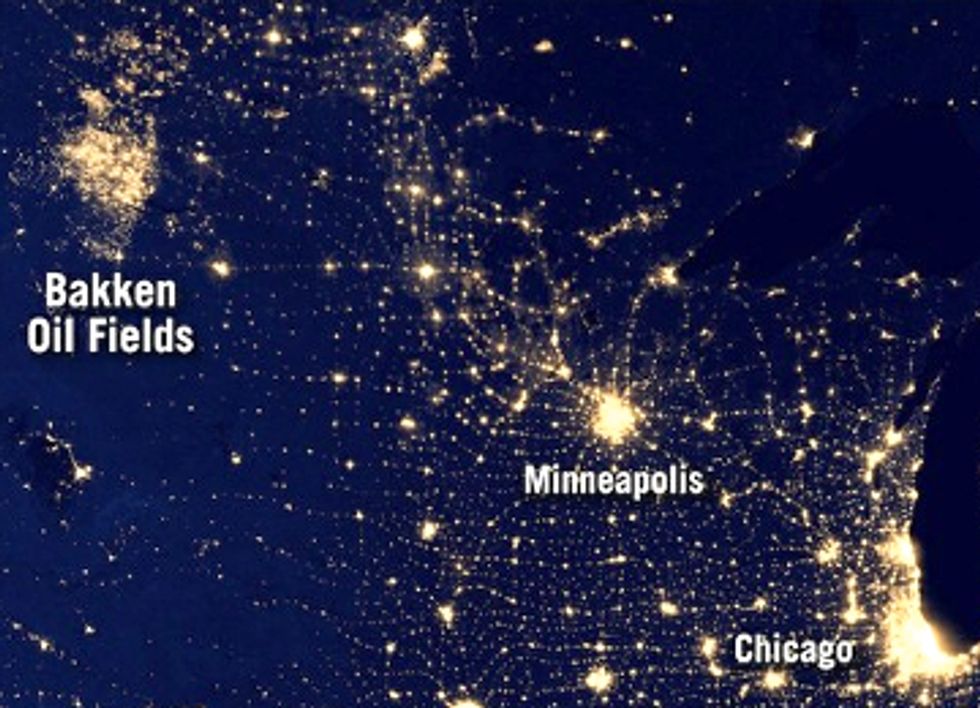 The tremendous growth of unconventional oil production in North Dakota has also led to a rapid rise in the production of associated natural gas and natural gas liquids. A new Ceres report reveals that large and growing volumes of this gas are being burned off rather than sold, creating significant economic and environmental impacts.

The report, Flaring Up, analyzes oil and gas production data published by the North Dakota Industrial Commission and calculates that volumes of flared gas more than doubled between May 2011 and May 2013. In 2012 alone, flaring resulted in the loss of approximately $1 billion in fuel and the greenhouse gas emissions equivalent of adding nearly one million cars to the road.

The report projects that, without large-scale mitigation effort on behalf of industry and regulators, flaring will continue to grow over the next several years, despite calls from investors, policymakers and community members to curb the economically inefficient and environmentally harmful practice.

“The U.S. is now one of the top 10 flaring countries in the world, primarily due to the rapid growth of flaring in North Dakota,” said Ryan Salmon, the report’s lead author and manager of Ceres’ oil and gas program.

“Although the state’s oil and gas industry is stepping up its efforts to curb flaring, the total volume of flared natural gas continues to grow," Salmon asserted. "Investors are looking for producers and regulators to take more aggressive action to prevent the loss of this valuable fuel.”

The light from natural gas flaring rivals the city lights of Chicago and Minneapolis in NASA's satellite image.

The North Dakota Industrial Commission’s latest data shows that the state’s oil and gas developers flared 29 percent of the natural gas they produced during May 2013. Although the percentage of flared gas has fallen from a peak of 36 percent recorded in September 2011, overall volumes of flared gas continue to rise. During May 2011, for example, 106,000 thousand cubic feet (Mcf) of natural gas were flared each day, while in May 2013, 266,000 Mcf of natural gas were flared—2.5 times as much.

At current market rates, oil is approximately 30 times more valuable than natural gas. As a result, producers have chosen to flare much of the gas they produce, rather than invest in the infrastructure necessary to collect, process and market it. However, state authorities note that Bakken gas contains large quantities of higher-value natural gas liquids, which boost the price and improve the economics of capturing the natural gas in North Dakota.

“The flaring of natural gas is a tremendous economic waste, and it threatens the oil and gas industry’s license to operate, as well as the environment,” said Pat Zerega, senior director at Mercy Investment Services, which successfully urged leading North Dakota oil producer Continental Resources to set a flaring reduction goal earlier this year.

“As oil and gas developments expand into more remote regions like North Dakota, the issue of flaring will continue to be a concern for investors, the environment and the industry," continued Zerega. "Numerous Sisters of Mercy, as well as myself, live in areas of Pennsylvania and New York affected by flaring from shale gas operations, and we continue to urge producers to limit this wasteful practice.”

In March 2012, investors representing $500 billion in assets sent a letter to 21 of the industry’s largest shale oil producers, urging them to reduce or eliminate flaring. The practice of natural gas flaring has also generated significant public attention after recent NASA satellite images revealed that North Dakota’s gas flares can be seen from space, burning nearly as brightly as the city lights of Minneapolis and Chicago.