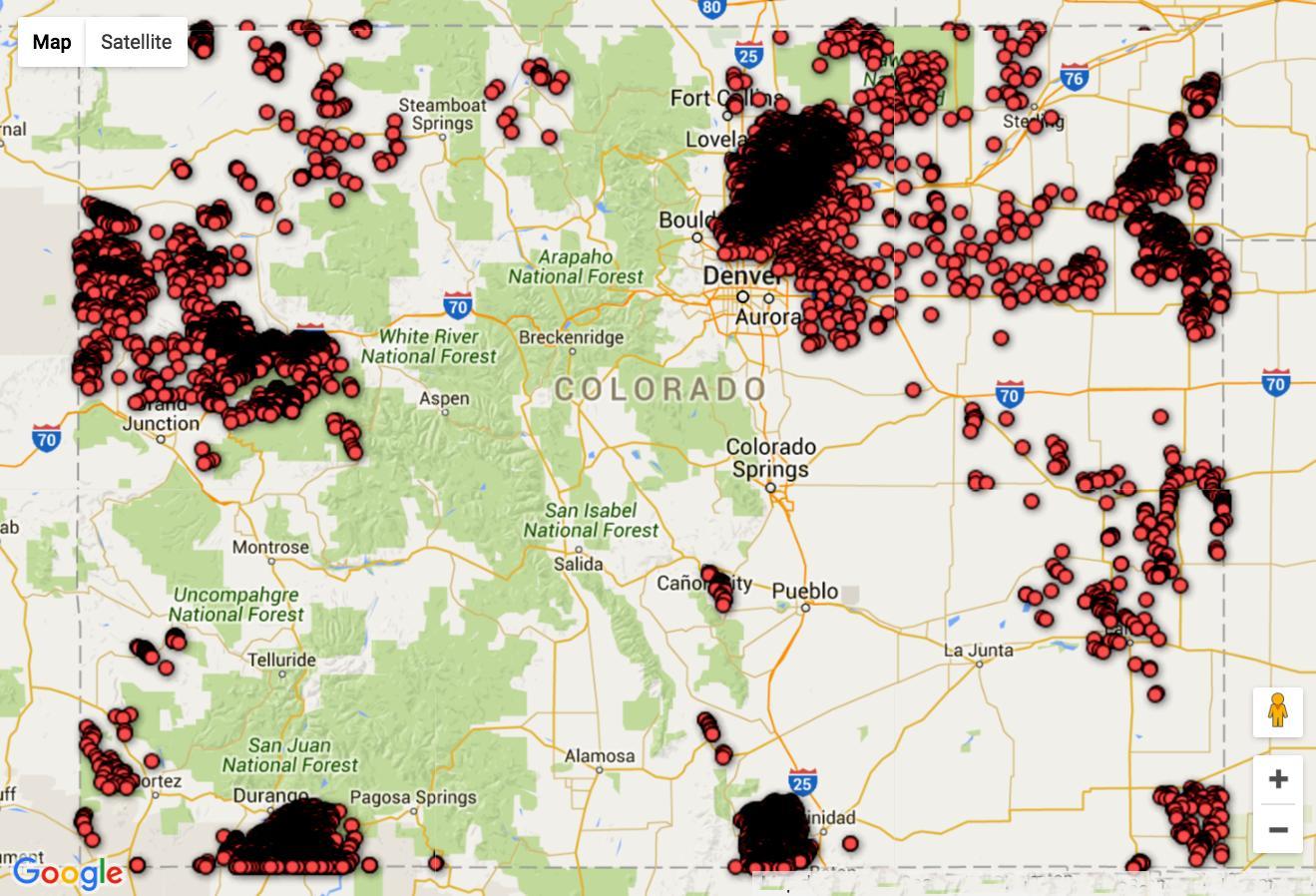 In the escalating ballot battle between the drilling industry and Colorado communities, new records show that energy companies are spending millions of dollars to stop anti-fracking measures in the state.

Environmental groups are currently gathering signatures on two statewide
measures, 75 and 78, to appear on Colorado’s November ballot. The first initiative would amend the state constitution to enable local governments the option to enact regulations more protective of health and safety than those required by the state, largely addressing the Colorado Supreme Court’s recent decision to strike down fracking bans approved by voters in the cities of Fort Collins and Longmont. The other initiative would create 2,500-foot buffer zones between homes, schools and sensitive areas like playgrounds and water sources, and all new oil and gas development. 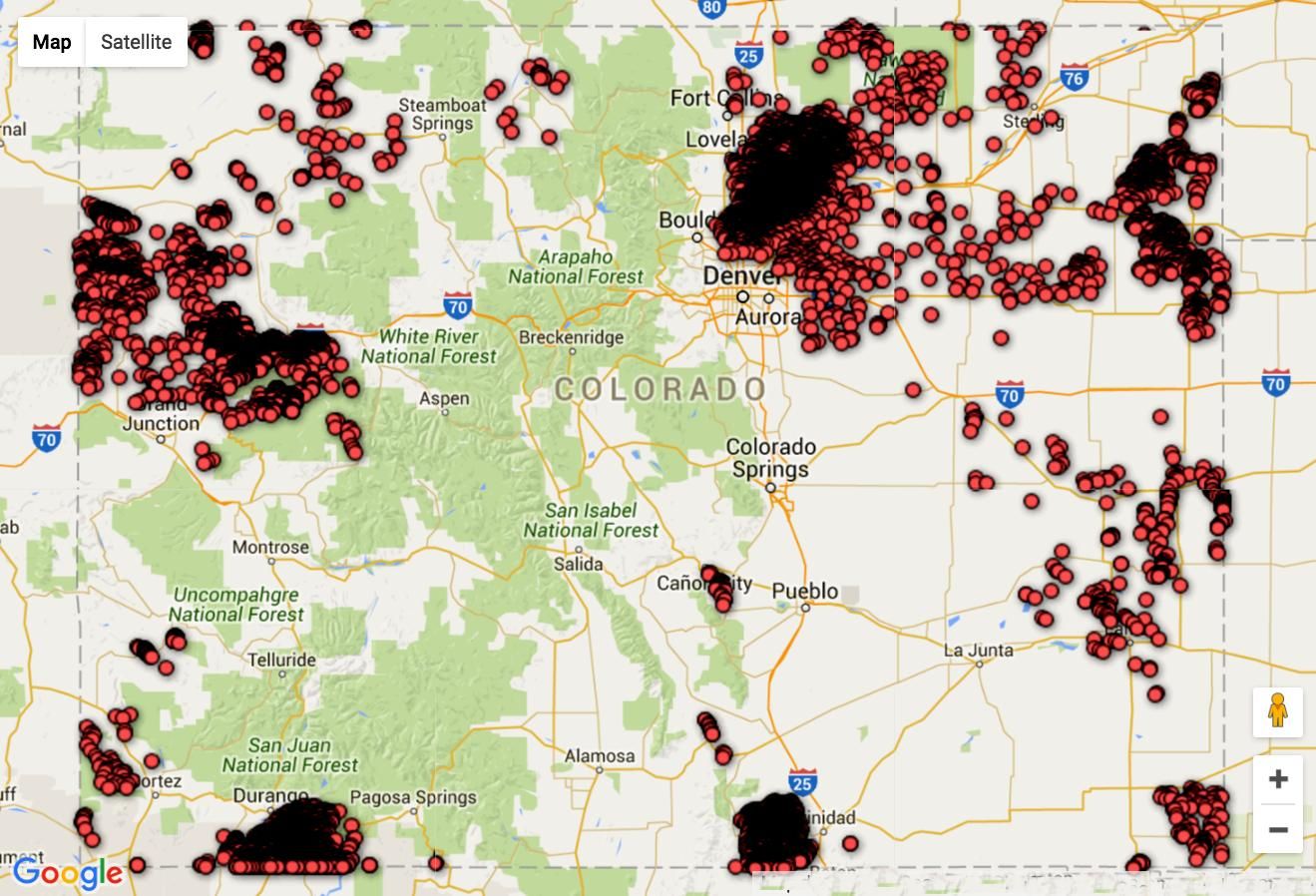 But in just the last three months, energy companies such as Anadarko Petroleum Corp, Noble Energy and Whiting Petroleum have funneled more than $6.7 million combined to
Protect Colorado, an industry group that aims to defeat these measures, according campaign finance records reviewed by Reuters.

“We are doing all that we can to defeat these measures because they would devastate Colorado’s economic strength and competitiveness,” Mike Kopp, executive director of Colorado Concern and former Colorado Senate minority leader, said. “Passage of these measures would mean—literally—that thousands of careers in a safe, environmentally-responsible industry would come to an abrupt halt, tax revenues that help fund schools and other important local projects would be cut off, and small towns around the state would suffer economically.”

Colorado is the seventh-largest oil and gas producing state in the country.
Reuters cited a study by the Colorado Oil and Gas Conservation Commission, which found that 90 percent of Colorado’s surface acreage would be unavailable for oil and gas development if the setback law passes.

Yes For Health and Safety, a nonprofit pushing the two ballot initiatives, has raised concerns about the health risks of fracking operations and decried the state supreme court’s decision to overturn local fracking bans in favor of Big Oil and Gas.

“Time and again, we’ve seen that this industry will say or do anything to mislead the public and protect their bottom line, but the scientific evidence speaks for itself: Fracking is a leading driver of climate change and destroys our most basic resources,” Tricia Olson, executive director of Yes for Health and Safety Over Fracking, told EcoWatch.

“If we don’t have clean air, water, soil and healthy bodies, how can our communities thrive? Big Oil and Gas may have billions of dollars, but we have passion, commitment and an historic opportunity to show communities everywhere that when people come together to protect their health and safety, anything is possible.”

Get fossil fuels on the ballot in #Colorado and vote for renewables! @YesHealthSafety #keepitintheground https://t.co/6gcemFJM3u

In an
online petition, the group states:

With more than 73,000 fracking wells, many within walking distance of our homes and schools, Colorado has become ground zero for fracking in the U.S (watch a timelapse of wells spreading throughout our state here).

For years, Coloradans have demanded a stop to this dangerous extraction method. Despite being outspent
500-to-one by the oil and gas industry, five communities have successfully banned fracking in their backyards.

But the oil and gas industry refused to listen. With the support of our governor, the Colorado Oil and Gas Association (COGA) sued these communities, claiming that they have no right to participate in the decision of where and how they drill. In an outrageous rejection of democracy, the Colorado Supreme Court agreed and overturned community regulations and protections against fracking.

Time for a just transition: In response, communities across the state are taking to the streets rallying fiercely for protection of the health and safety of their neighborhoods and families with two state ballot initiatives (#75: Local Control and #78: 1/2-mile Setbacks) that would empower local communities to protect themselves against the hazardous impacts of hydraulic fracking.

In the video below, 16-year-old
environmental activist Xiuhtezcatl Tonatiuh urges support for the measures.

“2016 is the year we that make a conscious decision to leave fracked oil in gas in the ground,” the youth director of Earth Guardians
says. “The Yes for Health and Safety initiatives, number 75 and 78, will protect the people of Colorado from the toxic fracking industry and keep climate-cooking methane out of our atmospheres. These initiatives mean protecting the people, protecting our water and our rights to a healthy atmosphere.”

Inside Energy has called Colorado’s ballot battle a David vs. Goliath fight pitting the ballot’s supporters who have raised “just tens of thousands of dollars” against the deep-pocketed fossil fuels industry that can afford expensive advertisement. One of their television ads touts how “natural gas can help reduce our carbon footprint. We need natural gas, and fracking helps us get it.”

Inside Energy
reported that Protect Colorado has also bought billboards in Fort Collins and Denver metro with phrases such as, “Think before you ink, it’s decline to sign.”

Each initiative needs 98,492 signatures from registered voters before Aug. 8 to qualify for the November ballot. Organizers are busy collecting signatures throughout Colorado and will be attending the ARISE Music Festival in Loveland from Aug. 5 – 7 to get any final signatures needed. It is unknown how many signatures have been collected thus far but Lisa Trope of Food & Water Watch told Reuters she was optimistic the measures would get on the ballot.