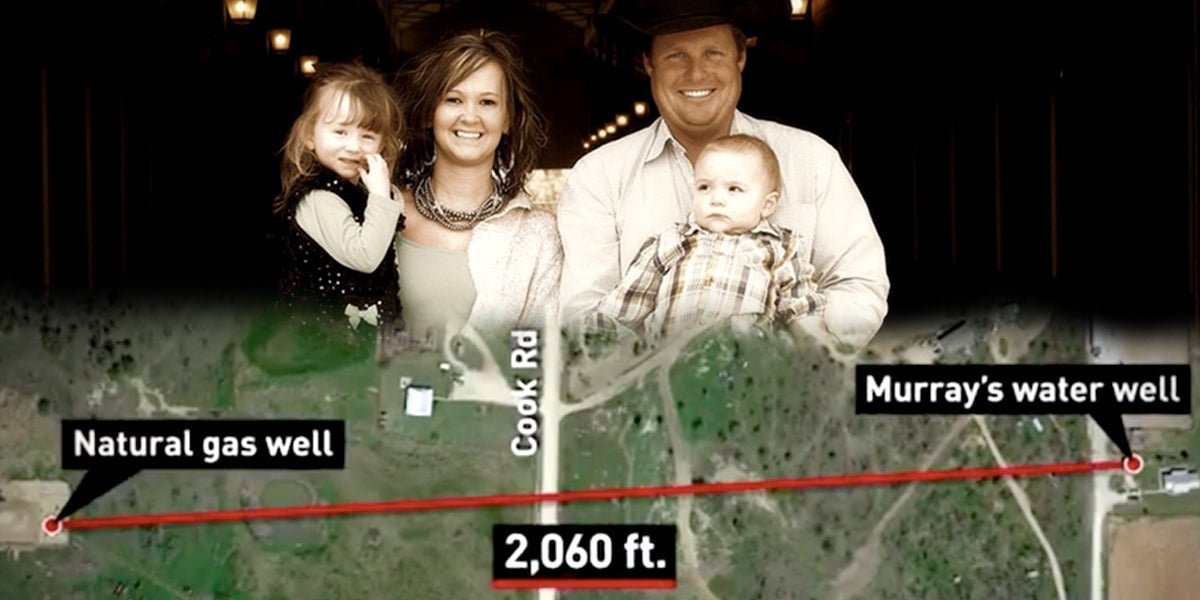 Scientists have determined that methane from a fracked well contaminated a Texas family’s water supply and triggered an explosion that nearly killed four members of the family.

The family’s ranch in Palo Pinto County is located only a few thousand feet away from a natural gas well. 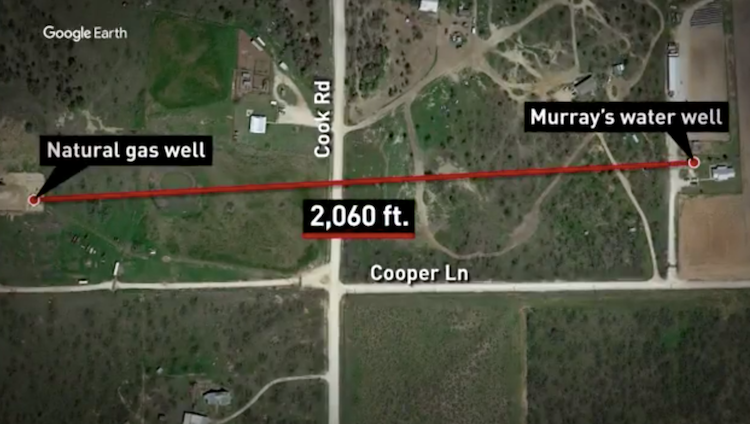 Scientists have found that methane escaped from a poorly constructed natural gas well and leached into a Texas family’s water well, causing it to explode.WFAA

In August 2014, former oil field worker Cody Murray, his father, wife and young daughter were severely burned and hospitalized from a “fireball” that erupted from the family’s pump house.

A year later, the family filed a lawsuit against oil and gas operators EOG Resources and Fairway Resources, claiming the defendants’ drilling and extraction activities caused the high-level methane contamination of the Murrays’ water well.

“At the flip of the switch, Cody heard a ‘whooshing’ sound, which he instantly recognized from his work in the oil and gas industry, and instinctively picked his father up and physically threw him back and away from the entryway to the pump house,” the complaint states. “In that instant, a giant fireball erupted from the pump house, burning Cody and [his father], who were at the entrance to the pump house, as well as Ashley and A.M., who were approximately twenty feet away.”

While the state’s oil and gas regulator—the Texas Railroad Commission—has yet to definitely prove what caused the blast, new scientific studies commissioned by the Murrays’ attorneys has directly linked the explosion to fracking operations.

As the Texas Tribune detailed, the studies found that methane and drilling mud chemicals had escaped from a poorly sealed Fairway gas well and traveled through underground fractures and eventually into the Murrays’ water supply.

Hamilton shared a video with WFAA that shows the bubbling, methane-saturated water that caused the 2014 explosion.

“What you can see in the video here is just super carbonated water that is saturated with methane gas that’s bubbling out of the Murray’s water,” he explained.

“This is an explosive gas,” Hamilton added. “Large bubbles and pockets of this methane escaping from a water well, any sort of spark will start a fire.”

Groundwater contamination is one of the biggest concerns about unconventional oil and natural gas development. While the industry maintains the safety of the process, in December the U.S. Environmental Protection Agency released its highly anticipated final report identifying cases of impacts on drinking water at each stage in the hydraulic fracturing water cycle.

“It’s the 3rd such report since 2010, and is critical of Railroad Commission’s effectiveness and operations. ‘The commission’s lack of a strategic approach to enforcement and inability to provide information persists.’ The report cites: ‘no accurate counts of major violation,’ ‘no accurate measure of violations referred for legal enforcement action’ and ‘(Oil and gas) operators have a reasonable expectation they will not be penalized.'”

Fairway Resources declined to provide a comment to WFAA due to the ongoing lawsuit. The Texas Railroad Commission also declined to comment citing their ongoing investigation.