Will the Public End up Paying to Clean up the Fracking Boom? 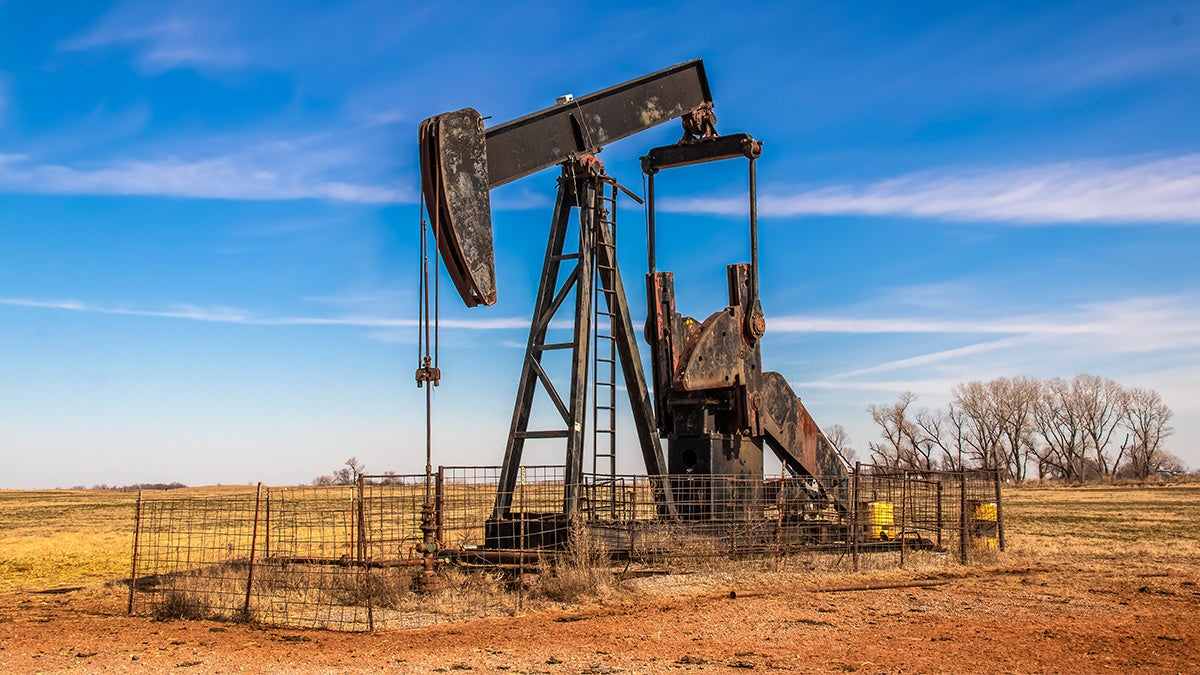 Cleanup costs for abandoned oil and gas wells once the producers have moved on could fall heavily on the public.
Susan Vineyard / iStock / Getty Images Plus

Increasingly, U.S. shale firms appear unable to pay back investors for the money borrowed to fuel the last decade of the fracking boom. In a similar vein, those companies also seem poised to stiff the public on cleanup costs for abandoned oil and gas wells once the producers have moved on.

“It’s starting to become out of control, and we want to rein this in,” Bruce Hicks, assistant director of the North Dakota Oil and Gas Division, said in August about companies abandoning oil and gas wells. If North Dakota’s regulators, some of the most industry-friendly in the country, are sounding the alarm, then that doesn’t bode well for the rest of the nation.

In fact, officials in North Dakota are using Pennsylvania as an example of what they want to avoid when it comes to abandoned wells, and with good reason.

The first oil well drilled in America was in Pennsylvania in 1859, and the oil and gas industry has been drilling — and abandoning — wells there ever since. Pennsylvania’s Department of Environmental Protection (DEP) says that while it only has documentation of 8,000 orphaned and abandoned wells, it estimates the state actually has over a half million.

“We anticipate as many as 560,000 are in existence that we just don’t know of yet,” DEP spokesperson Laura Fraley told StateImpact Pennsylvania. “There’s no responsible party and so it’s on state government to pay to have those potential environmental and public health hazards remediated.”

According to StateImpact, “The state considers any well that doesn’t produce oil and gas for a calendar year to be an abandoned well.”

That first oil well drilled in Pennsylvania was 70 feet deep. Modern fracked wells, however, can be well over 10,000 feet in total length (most new fracked wells are drilled vertically to a depth where they turn horizontal to fracture the shale that contains the oil and gas). Because the longer the total length of the well, the more it costs to clean up, the funding required to properly clean up and cap wells has grown as drillers have continued to use new technologies to greatly extend well lengths. Evidence from the federal government points to the potential for these costs being shifted to the tax-paying public.

The Government Accountability Office (GAO) released a report this September about the risks from insufficient bonds to reclaim wells on public lands. It said, “the bonds operators provide as insurance are often not enough to cover the costs of this cleanup.” The report cited a Bureau of Land Management (BLM) official’s estimate of a foot for well cleanup costs.

In North Dakota, where state regulators have raised concerns about this growing problem, one of the top industry regulators, State Mineral Resources Director Lynn Helms, estimated that wells there cost 0,000 to plug and reclaim.

And this problem isn’t just in the U.S. Canada is facing a similar cleanup crisis.

Legally, oil and gas companies are required to set aside money to pay for well cleanup costs, a process known as bonding. These requirements vary by state and for public lands, but in all cases, the amounts required are so small as to be practically irrelevant.

The GAO report reviewed the bonds held by the Bureau of Land Management for wells on public lands and found that the average bond per well in 2018 was worth ,122.

The Western Organization of Resource Councils summarized bonding requirements by state, and none of them came even close to being adequate to cover estimated costs to deal with old wells. In North Dakota, a ,000 bond is required for a well. But a 0,000 bond can cover up to 6 wells, which comes out to ,667 per well — or approximately one tenth of the estimated cost to reclaim a well in that state.

North Dakota has a history of bending to oil and gas industry pressure when it comes to regulations. While North Dakota’s bonding rules fall far short of what’s needed to actually cover full cleanup costs, the reality on the ground is much worse. Regulators allow companies to “temporarily abandon” wells, which requires no action from companies for at least seven years. Wells can hold this “temporary status” for decades. And another practice in the state allows a company to sell old, under-performing wells to another company, passing along the liability but not the bonding funds.

By any measure, the amount of private money currently allocated in the U.S. to plug and reclaim oil and gas wells is a small fraction of the real costs. That means oil and gas wells — and the U.S. had one million active wells in 2017, and even more abandoned — will either be left to fail and potentially contaminate the surrounding water, air and soil, or the public will have to pick up the tab. This represents just one of the many ways the public subsidizes the oil and gas industry.

South Dakota allows companies to post a ,000 bond for as many wells as the company chooses to drill. Spyglass Cedar Creek is a Texas-based company that was operating in South Dakota and recently abandoned 40 wells, which the state has estimated will have a cleanup cost of .2 million.

However, there is a twist to this story. That ,000 bond doesn’t really exist. The owners of the company had put ,000 of it into a Certificate of Deposit. But when the state went looking for that money, the owners said they had cashed it in 2015 because, as reported by the Rapid City Journal, “company officials did not remember what the money was for.”

Spyglass Cedar Creek does not have the money set aside that was required to clean up these wells, the state does not have recourse to get that money, and some of the wells are reportedly leaking. So, what can be done?

According to Doyle Karpen, member of the South Dakota Board of Minerals and Environment, the answer is for the taxpayers of that state to cover the cost.

“I think the only way we can correct this is go to the Legislature and ask for money,” Karpen said earlier this year.

What is starting to unfold with the oil and gas industry is very similar to what has already been playing out with the U.S. coal industry.

According to a Center for Public Integrity investigation, more than 150 coal mines (and dozens of uranium mines) have been allowed to idle indefinitely, enabling their owners to avoid paying for the costs of cleanup.

In April, the Stanford Law Review published the paper, “Bankruptcy as Bailout: Coal Company Insolvency and the Erosion of Federal Law,” which notes that almost half the coal mined in the U.S. is done so by companies that have recently declared bankruptcy.

The paper notes how the bankruptcy process is used by coal companies to rid themselves of environmental cleanup liabilities and pension costs “in a manner that has eviscerated the regulatory schemes that gave rise to those obligations.”

Yet coal company executives often receive healthy bonuses, even as they are driving companies into bankruptcy.

This summer, Blackjewel famously failed to pay its coal miners, and even pulled funds out of their bank accounts, after the company suddenly declared bankruptcy in July. That prompted workers to sit on train tracks in Kentucky, blocking a million shipment of coal, in a two-month protest. And Blackjewel is poised to leave behind thousands of acres of mined land in Appalachia without adequate reclamation.

Privatize the Profits, Socialize the Losses

The mineral extraction business model in the U.S. is set up to maximize profits for executives, even as they lose investor money and bankrupt their companies. That is true of the coal industry and that is true of the shale oil and gas industry.

At the same time, the regulatory capture by these industries at both state and federal levels allows private companies to pass on environmental cleanup costs to the public, and the inadequate bonding system for oil and gas well reclamation represents just one more example.

The so-called fracking revolution in America has resulted in many new records: record amounts of U.S. oil and gas exported (to the detriment of a livable climate), new levels of human health impacts on surrounding communities, record numbers of industry-induced earthquakes, record amounts of flaring natural gas in oil and gas fields, and record-breaking depths and lengths of wells.

And the cleanup costs for the fracking boom are also poised to be staggering.