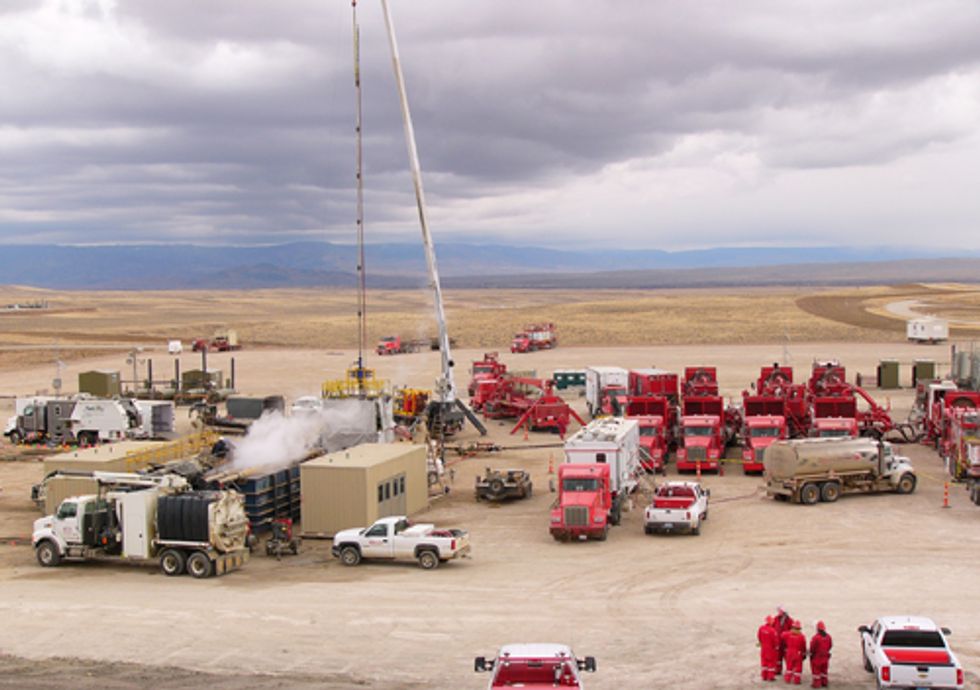 The evidence keeps piling up regarding the inadequacy of state fracking disclosure laws when it comes to ensuring transparency. A recent article from Bloomberg News finds that in many states with regulations requiring disclosure of fracking chemicals, companies can evade the requirement for transparency by unilaterally declaring that a chemical is a proprietary “trade secret.”

In Texas companies claimed that chemicals used in fracking were a secret 19,000 times—and that was just in the first eight months of the year. On average, five chemical ingredients were withheld in each well. The Bloomberg article also notes that companies didn’t provide the required information for about another 5,000 chemicals—in these cases it’s not even clear whether companies claimed the ingredients were secret, or if they just couldn’t be bothered to comply with the law.

Disclosure rules only serve their purpose if they are vigorously enforced and there are strong controls on what can be kept secret. Community members and those with water wells near fracking have a right to know what chemicals are being used and to test for these chemicals both before and after fracking occurs. But most states allow companies free reign to decide that a chemical is secret. An NRDC analysis released in July found that only two states out of 29 with fracking, require that companies provide factual justification to claim that a chemical is a trade secret. And many state regulatory agencies do not have the resources to ensure that the industry is following the rules on the books.

With states unable or unwilling to ensure transparency, there is a clear role for federal disclosure rules. As we’ve blogged about before, the current proposal by the Bureau of Land Management would require some disclosure of chemicals for fracking that takes place on federal, Indian and private lands where there are federal oil and gas leases. But the proposed rule is not strong enough.  EcoWatch has a new online petition up, asking the BLM to strengthen the current proposal and to eliminate the exemptions for trade secrets.

Add your voice to this petition to ensure that the public gets the full story about the chemicals being used by the fracking industry.