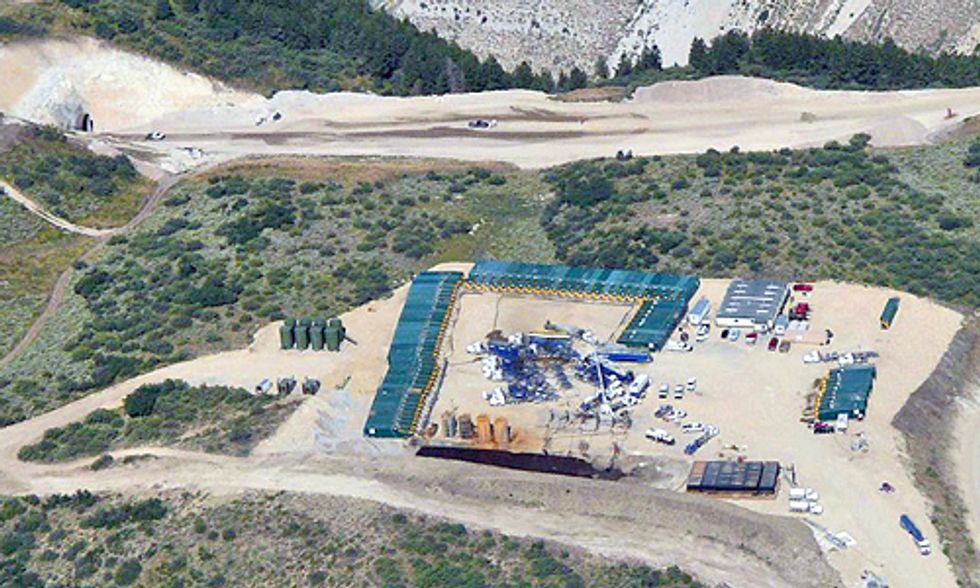 University of Missouri researchers have found that 11 chemicals commonly used in fracking for oil and natural gas are endocrine disruptors, while water near hydraulic fracturing drilling sites had greater hormone-disrupting properties than in areas without drilling.

Endocrine disruptors interfere with the body's endocrine system, which controls numerous body functions with hormones such as the female hormone estrogen and the male hormone androgen. Exposure to endocrine-disrupting chemicals has been linked by other research to cancer, birth defects and infertility.

"More than 700 chemicals are used in the fracking process, and many of them disturb hormone function," researcher Susan Nagel, Ph.D, associate professor of obstetrics, gynecology and women's health at the University of Missouri School of Medicine said in a media release. "With fracking on the rise, populations may face greater health risks from increased endocrine-disrupting chemical exposure."

The study involved two parts. The research team performed laboratory tests of 12 suspected or known endocrine-disrupting chemicals used in hydraulic fracturing, and measured the chemicals' ability to mimic or block the effects of the reproductive sex hormones estrogen and androgen. They found that 11 chemicals blocked estrogen hormones, 10 blocked androgen hormones and one mimicked estrogen.

The researchers also collected samples of ground and surface water from several sites, including:

"Fracking is exempt from federal regulations to protect water quality, but spills associated with natural gas drilling can contaminate surface, ground and drinking water," Nagel said. "We found more endocrine-disrupting activity in the water close to drilling locations that had experienced spills than at control sites. This could raise the risk of reproductive, metabolic, neurological and other diseases, especially in children who are exposed to endocrine-disrupting chemicals."

The study, "Estrogen and Androgen Receptor Activities of Hydraulic Fracturing Chemicals and Surface and Ground Water in a Drilling-Dense Region," will be published in the journal Endocrinology.