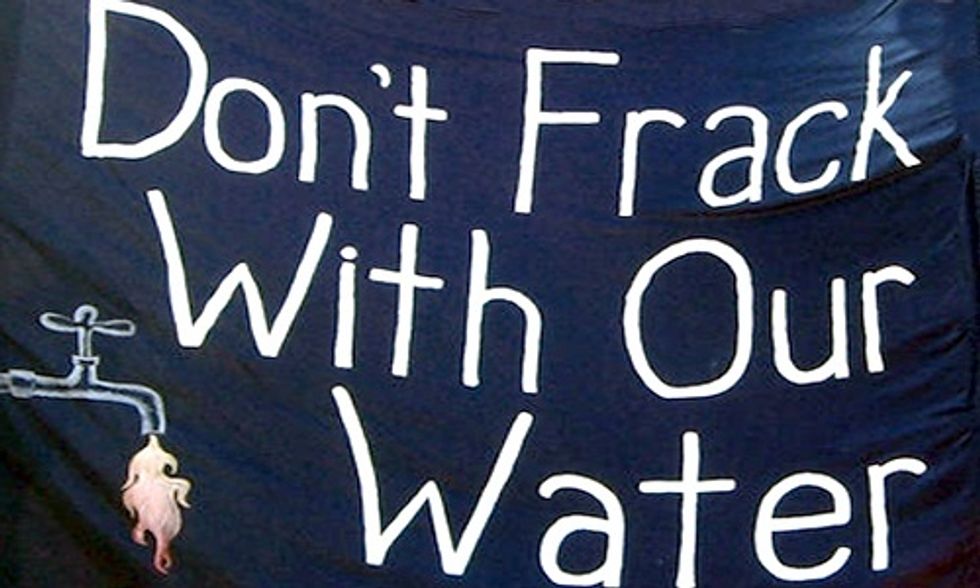 If you ask communities on the frontline of the fracking industry in the U.S. what their greatest concern is about the controversial technology, often the reply is the threat to their drinking water.

The fracking industry replies in the way it always does to these concerns: it downplays the risks with an arrogance that verges on indifference.

The standard reply from the industry is that fracking cannot contaminate water as the fracking rocks are normally thousands of feet below drinking aquifers and that there are layers of impermeable rock between the two. Never the twain shall meet.

But slowly and consistently over the last few years the evidence of water contamination has accumulated as the science has slowly and steadily caught up with the technology. And now scientists have published more compelling evidence of harm.

Yesterday a new study was published in the Proceedings of the National Academy of Sciences, which analyzed drinking water taken from three homes in the heart of the shale fields in Pennsylvania.

And they found what the industry’s critics will argue is damning evidence: traces of a compound commonly found in Marcellus Shale drilling fluids.

The scientists believe they have answered one of the outstanding issues surrounding fracking and water pollution, by outlining a series of events by which the fracking chemicals could have contaminated the water.

In 2012, the scientists collected drinking water samples from the households and subsequent analysis in one of the samples found 2-Butoxyethanol or 2BE, a common drilling chemical which is also a potential carcinogen.

And they believe they know how this chemical has ended up in the drinking water. “This is the first case published with a complete story showing organic compounds attributed to shale gas development found in a homeowner’s well,” Susan Brantley, one of the study’s authors and a geoscientist from Pennsylvania State University told the New York Times.

Brantley added that: “These findings are important because we show that chemicals traveled from shale gas wells more than 2 kilometers (1.25 miles) in the subsurface to drinking water wells.”

The scientists believe that the pollution may come from a lack of integrity in the well which passes through the drinking aquifer and not the actual fracking process below.

If this is the case, it reinforces the concerns of communities from the U.S. to the UK that the fracking industry often has to drill through drinking aquifers to reach the shale oil or gas.

And many people believe that the issue of well integrity could be the fracking industry’s Achilles heel.

The case was settled the following year, leading to the state Environmental Protection Agency recommending that the drilling company extend the depth of protective casings.

As other countries look to expand their fracking industries across the globe, so the risk to drinking water increases.

The paper concludes that “As shale gas development expands worldwide, problems such as those that occurred in northeastern Pennsylvania will only be avoided by using conservative well construction practices."

ReThink Energy: ‘We Will Ensure Florida Keeps Fracking Out of Our State’