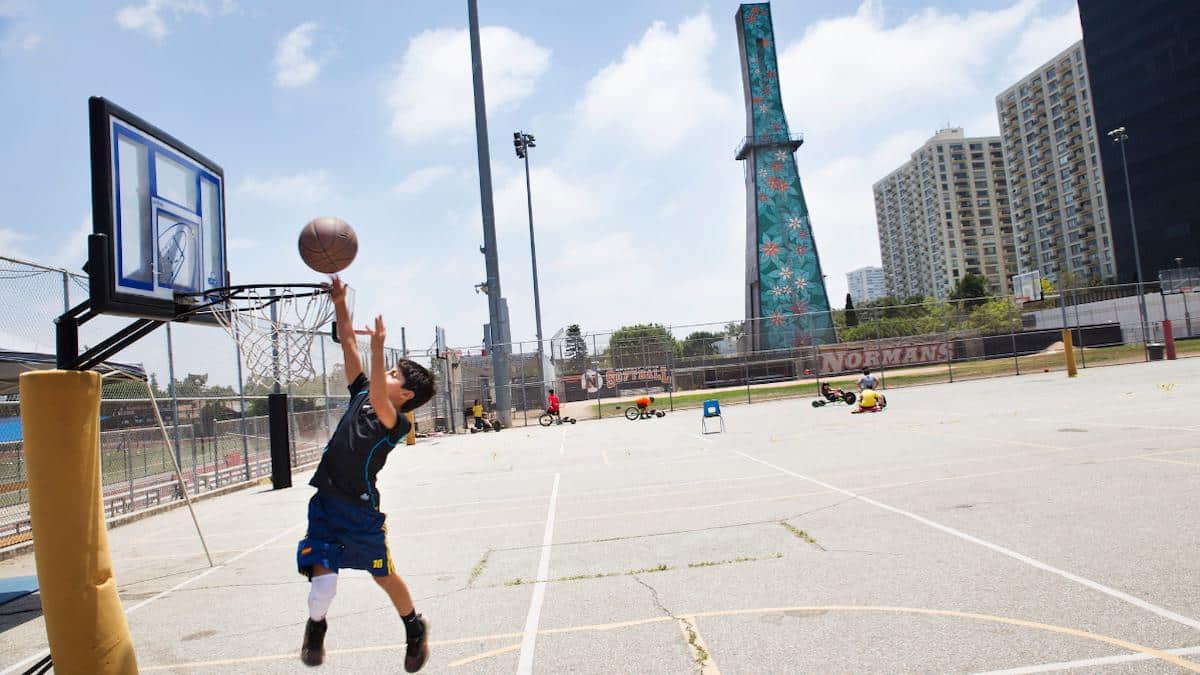 A boy plays basketball in front of an oil well covered with large colorful flowers and located next to Beverly Hills High School. Wells like this have been hidden throughout Los Angeles. Faces of Fracking / Flickr

One nine-year-old boy had biomarkers for toluene, which can damage the nervous system or kidneys, 91 times higher than the average American. Another had biomarkers for ethylbenzene and styrene, 55 times higher than the average American. Exposure to ethylbenzene and styrene is linked to skin, eye, and respiratory tract irritation, reproductive harm, endocrine disruption, and increased cancer risk. The research is part one of a multi-part series by Environmental Health News exploring the multifaceted “body burden” of fracking.

As reported by Environmental Health News:

“We have enough evidence at this point that these health impacts should be of serious concern to policymakers interested in protecting public health,” Irena Gorski Steiner, an environmental epidemiology doctoral candidate at the Johns Hopkins Bloomberg School of Public Health, told Environmental Health News (EHN). 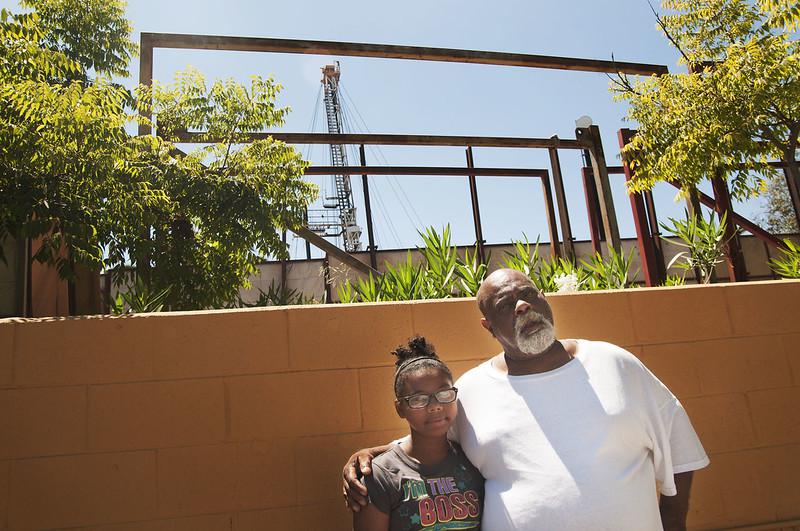 A man stands with his granddaughter in front of the Murphy Oil site located next door to his apartment in West Adams, Los Angles, California on July 16, 2014. Sarah Craig / Faces of Fracking