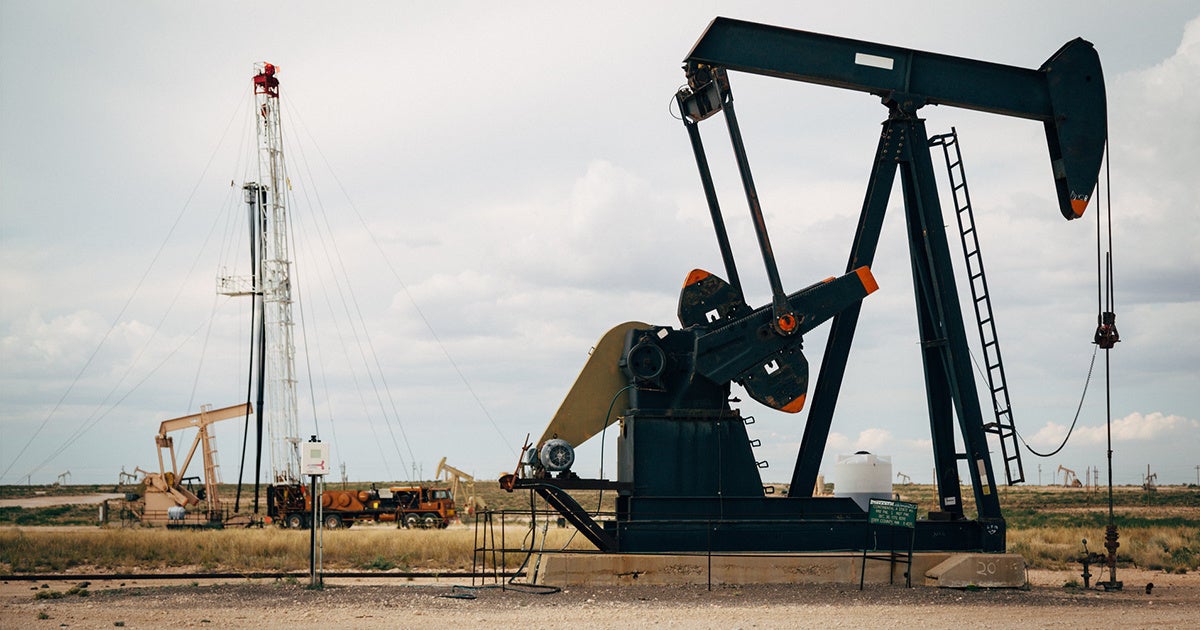 On Monday, The Wall Street Journal featured a profile of Scott Sheffield, CEO of Pioneer Natural Resources, whose company is known among investors for its emphasis on drawing oil and gas from the Permian Basin in Texas using horizontal drilling and hydraulic fracturing, or fracking.

Now, Sheffield, who left the helm of Pioneer in 2016 and returned this February, says that those million-barrel-a-day plans are looking increasingly doubtful as the industry has struggled to prove to investors that it’s capable not only of producing enormous volumes of oil and gas, but that it can do so while booking profits rather than losses.

“We lost the growth investors,” Sheffield told the Journal. “Now we’ve got to attract a whole other set of investors.”

Mr. Sheffield’s comments on the shale oil industry’s fiscal difficulties come on the heels of a warning from the former CEO of the country’s largest natural gas producer about the shale gas industry’s financial distress.

Steve Schlotterbeck, former CEO of America’s largest producer of natural gas, described the impact of over a decade of fracking on Marcellus shale drilling companies at a recent petrochemical industry conference.

“In a little more than a decade, most of these companies just destroyed a very large percentage of their companies’ value that they had at the beginning of the shale revolution,” he said, in remarks reported by DeSmog on Sunday. “Excluding capital, the big eight basin producers have destroyed on average 80 percent of the value of their companies since the beginning of the shale revolution.”

Doubts about the shale drilling industry’s financial prospects have simmered nearly as long as the industry has been producing oil and gas. “There is undoubtedly a vast amount of gas in the formations,” The New York Times reported in 2011, citing concerns among industry insiders dating back to 2009. “The question remains how affordably it can be extracted.”

In the years since, shale drillers churned out massive volumes of fossil fuels, first shale gas then shale oil, pushing American oil production up 12 million barrels a day, according to Energy Information Administration figures cited by The Journal.

At the same time, they have spent hundreds of billions of dollars more than they’ve earned from selling the fossil fuels they drew from the ground.

“Over the past 10 years, 40 of the largest independent oil and gas producers collectively spent roughly 0 billion more than they took in from operations, according to a Wall Street Journal analysis of data from financial-information firm FactSet,” the Journal reported. “During that time, a broad index of U.S. oil-and-gas companies fell roughly 10%, while the S&P500 index nearly tripled.”

Schlotterbeck, the former CEO of EQT who now serves on the board of directors for the Energy Innovation Center Institute which offers training for workers in the oil and gas, solar, and construction trades, offered his view of the end results for investors at the petrochemical industry conference on Friday.

“The fact is that every time they put the drill bit to the ground, they erode the value of the billions of dollars of previous investments they have made,” he said in his presentation. “It’s frankly no wonder that their equity valuations continue to fall dramatically.”

Sheffield’s own company has a rocky track record when it comes to translating production into profits.

“In August 2015, Mr. Sheffield said Pioneer’s wells were expected to yield 45% to 60% returns on investment at the oil prices at that time, excluding costs such as administrative expenses and taxes. The company lost 8 million in the second quarter of that year,” the Journal reported.

“The company acknowledged that capital spending exceeded operating cash flow in 2015, but said it is focused on changing that in 2019 and beyond,” it continued.

The industry’s financial troubles have caused drillers like Devon Energy to begin layoffs.

EQT, which is in the midst of a management struggle, said in January that it had also laid off workers.

So too, is Pioneer.

“Among those who are leaving is Mr. Sheffield’s own brother, Thomas Sheffield, the company’s vice president of health, safety and environment,” the Journal reported in its Monday profile.

That belt-tightening comes as the Trump administration has pushed to roll back federal environmental regulations.

More than 80 regulations and rules written to protect the environment have either been rolled back on Mr. Trump’s watch or are in the midst of rollbacks, according to a tracker published by The New York Times.

Eighteen of those rules applied specifically to “drilling and extraction,” the Times observed, and others affect the drilling industry, like the scrapping of methane emission reporting requirements for drillers and rules aimed at curbing methane leaks on public lands.

Timothy Dove, who helmed Pioneer from 2016 until February, had predicted the company could grow its fossil fuel production at least 15% a year while cutting cost overruns.

But those projections drew pushback from company insiders, the Journal reported.

“Several times in recent years, technical staffers raised concerns to management that Pioneer was being too aggressive with how it talked up its prospects to investors and potential business partners, according to people familiar with the matter,” the Journal reported. “In one of those instances, the company eventually walked back internal production forecasts for some of its wells in the Permian, according to one of the people. In other instances, Pioneer continued to use what some of the people said were overly optimistic estimates.”

The following year, Pioneer spent 9 million more than it earned from selling fossil fuels, the Journal reported, adding that oil prices had climbed higher than the a barrel that Dove had said would allow Pioneer to raise production while matching spending and earnings. Sheffield told the Journal that Pioneer’s board of directors had been surprised to learn that the company’s management had gone 0 million over the board’s approved 0 million 2018 budget hike.

Mr. Sheffield told the Journal he was backing away from million barrel-a-day plans for Pioneer. But he also maintained it would be technically possible to produce at that rate, economics aside.

“But my point is the rock will produce over one million barrels a day,” he told the Journal.

Few observers would doubt that drillers can produce vast amounts of fossil fuels from shale, given the industry’s history of rapidly increasing production.

An unsettled question remains, however — as it has since the early days of the shale rush — at what cost?