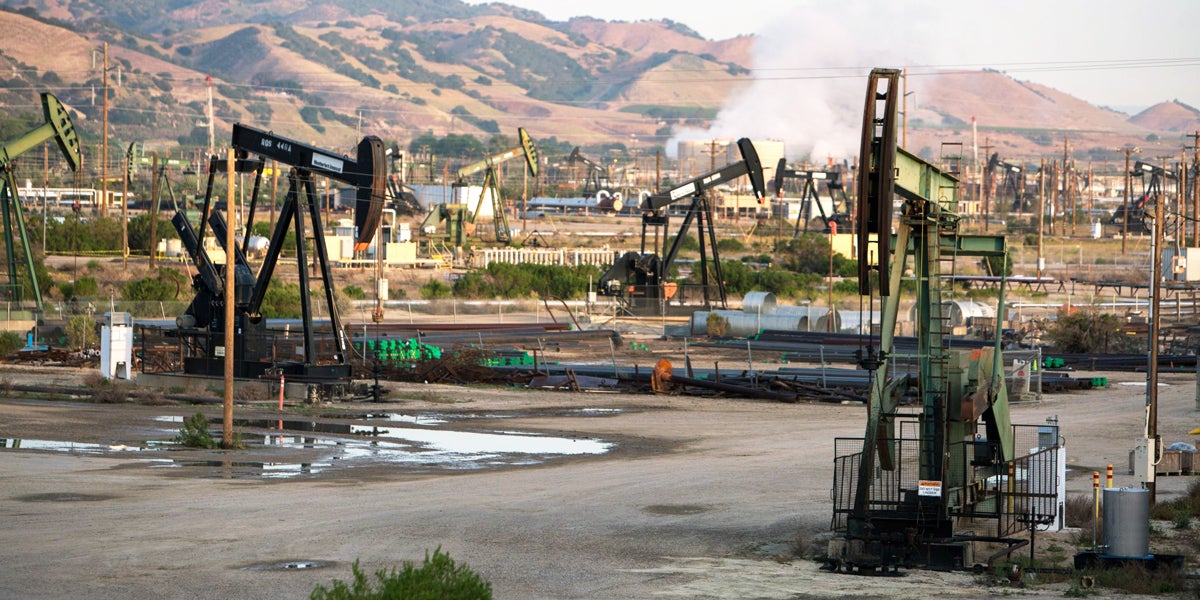 “This report shows that Californians are right to be deeply concerned about fracking pollution’s threats to our water,” said Hollin Kretzmann of the Center for Biological Diversity. “The EPA identified six risk factors that increase the risk of water contamination and every single one applies in our state. The best way to protect our water from fracking chemicals is to ban this toxic technique.”

Oil companies in California frack at shallow depths, very close to groundwater. They also employ fracking fluid with unusually high concentrations of chemicals. The oil industry in the state has been allowed to dispose of vast quantities of oil wastewater into unlined pits that threaten groundwater.

“Percolation pits, in particular, were commonly reported to have been used to manage produced water from stimulated wells in Kern County, California, between 2011 and 2014,” the EPA report states. The document also highlights the risks of spills of oil industry wastewater, noting that over a recent five-year period “18 percent of the spills impacted waterways.”

EPA’s six identified factors for increased risk of water pollution, listed below, all occur in California, making fracking in the state particularly dangerous:

California is experiencing a historic drought. A 2014 report by Ceres noted that 98 percent of fracking occurs in areas of the state experiencing high or extreme water stress.

Risk factor 2: Spills during the handling of hydraulic fracturing fluids and chemicals or produced water that result in large volumes or high concentrations of chemicals reaching groundwater resources.

Oil companies in California use well-stimulation fluid with a higher concentration of chemicals, according to 2015 report from the California Council on Science and Technology.

California’s long history of oil production makes it more prone to fluid migration through older wells. The state also has many wells in close proximity to one another (high density) and unmapped wells, which increase this risk even further.

Groundwater tables and injection zones in California are close together, according to the California Council on Science and Technology, increasing the likelihood that fracking fluid may directly reach a source of groundwater.

The Cawelo Water District in California’s Kern County has been processing water from oil fields in which fracking has occurred and using it for irrigation. Records show that statewide, millions of gallons of wastewater are later discharged to irrigation canals for agricultural use. Wastewater is also sometimes discharged into surface water.

California continues to allow the oil industry to use unlined pits for oil wastewater storage and disposal. A survey by the State Water Resources Control Board and regional water boards found hundreds of active unlined pits in the state. While oil officials recently implemented a regulation against discharging flowback fluid from fracked wells into such pits, the state does a poor job of tracking wastewater and existing pits likely have vast quantities of fracking flowback fluid.