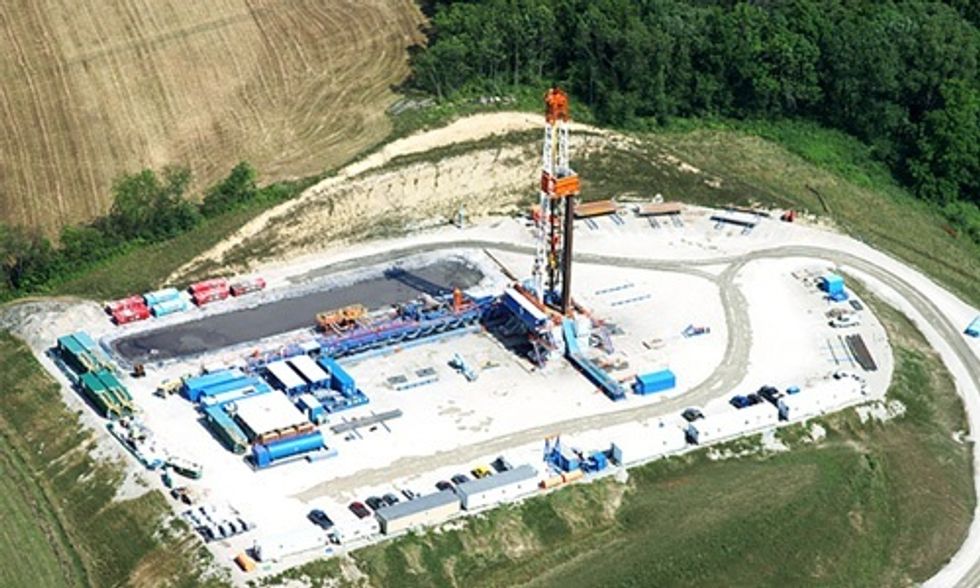 The oil cartel, OPEC, has confirmed what has been obvious to many for months: U.S. shale production is in deep, deep trouble as the fracking boom bursts in the face of low oil prices.

The cartel published its latest monthly oil market report yesterday revealing that it believes it is winning the price war it started with the U.S. shale industry.

The numbers speak for themselves as the U.S. drilling rig count continued its decline this month, dropping 13 rigs to 662. The overall rig count is now down 864 units year on year.

The report is seen as a must-read for people within the oil industry.

“In North America, there are signs that U.S. production has started to respond to reduced investment and activity,” says the report. “Indeed, all eyes are on how quickly U.S. production falls.”

The numbers speak for themselves as the U.S. drilling rig count continued its decline this month, dropping 13 rigs to 662. The overall rig count is now down 864 units year on year.

OPEC’s warning is the second in a number of days outlining the trouble facing the U.S. fracking industry and comes hot on the heels of similar sentiments from the International Energy Agency (IEA) last week.

The IEA said, “On the face of it, the Saudi-led OPEC strategy to defend market share regardless of price appears to be having the intended effect of driving out costly, ‘inefficient’ production.”

The IEA outlined how “U.S. oil production is likely to bear the brunt of an oil price decline that has already wiped half the value off,” the main international oil contract.

It predicted that a rebound in production from U.S. shale over the next few months was “elusive.”

“This will be music to OPEC’s ears," argues the OilVoice website: “There have been many that have doubted the OPEC strategy and there are many that will continue to do so. Some observers even doubt the relevance of OPEC as an organization, given its reluctance to intervene and balance the market by reducing production.”

However, due to declining shale, the IEA warned that the world faces the biggest drop in oil output in nearly a quarter century. This said, OPEC is predicting stronger than expected demand than previously forecast for its own oil next year, as U.S. fracking companies continue to struggle with low costs.

So for now, at least, it looks like OPEC is winning the oil price war.