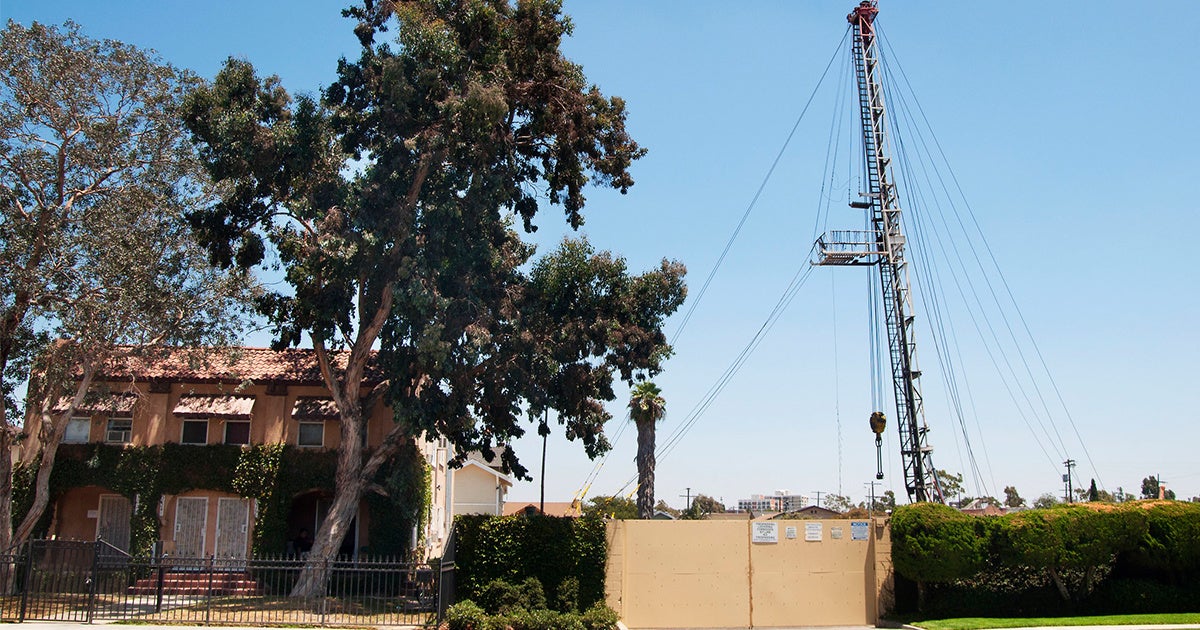 An oil drilling site in a residential area of Los Angeles, California on July 16, 2014. Faces of Fracking / Flickr

A comprehensive analysis of nearly 1,500 scientific studies, government reports, and media stories on the consequences of fracking released Wednesday found that the evidence overwhelmingly shows the drilling method poses a profound threat to public health and the climate.

The sixth edition of the Compendium of Scientific, Medical, and Media Findings Demonstrating Risks and Harms of Fracking (the Compendium), published by Physicians for Social Responsibility and Concerned Health Professionals of New York, found that “90.3 percent of all original research studies published from 2016-2018 on the health impacts of fracking found a positive association with harm or potential harm.”

The analysis also found that:

“There is no evidence that fracking can operate without threatening public health directly and without imperiling climate stability upon which public health depends,” the Compendium states.

Sandra Steingraber, Ph.D., co-founder of Concerned Health Professionals of New York, said in a statement that “the case against fracking becomes more damning” with the publication of each edition of the Compendium.

“As the science continues to come in, early inklings of harm have converged into a wide river of corroborating evidence,” said Steingraber. “All together, the data show that fracking impairs the health of people who live nearby, especially pregnant women, and swings a wrecking ball at the climate. We urgently call on political leaders to act on the knowledge we’ve compiled.”

According to the Compendium, the first edition of which was published in 2014, the “feverish pace” of U.S. fossil fuel extraction — which has accelerated under President Donald Trump — “has spurred a massive build-out of fracking infrastructure,” putting air quality and water sources at risk in communities across the United States.

In addition to the harmful effects of fracking on those who live near oil and gas development projects, the Compendium found, the drilling practice is “also at odds with the emerging scientific consensus on the scale and tempo of necessary climate change mitigation and with rising public alarm about the impending climate crisis that this consensus has amplified.”

“Despite efforts by the gas industry to suppress all health data on fracking, the Compendium documents the serious harm fracking holds for pregnant women, children, and those with respiratory disease,” Walter Tsou, MD, MPH, interim executive director of Philadelphia Physicians for Social Responsibility, said in a statement. “We need to ban fracking.”

The sixth edition of the Compendium comes just days after more than 100 environmental groups sent a letter urging Pennsylvania Gov. Tom Wolf to investigate the link between fracking and the emergence of rare childhood cancers in rural Pennsylvania counties.

As Steingraber — one of the letter’s signatories — told online environmental outlet The Daily Climate on Wednesday, much of the data in the Compendium comes from Pennsylvania, which is home to over 100,000 active oil and gas wells.

“What makes fracking different from any other industry I’ve studied in public health is that there’s no industrial zone,” Steingraber said. “It’s taking place literally in our backyards, and unfortunately some of the best evidence for both polluting emissions and emerging health crises is coming out of southwestern Pennsylvania.”