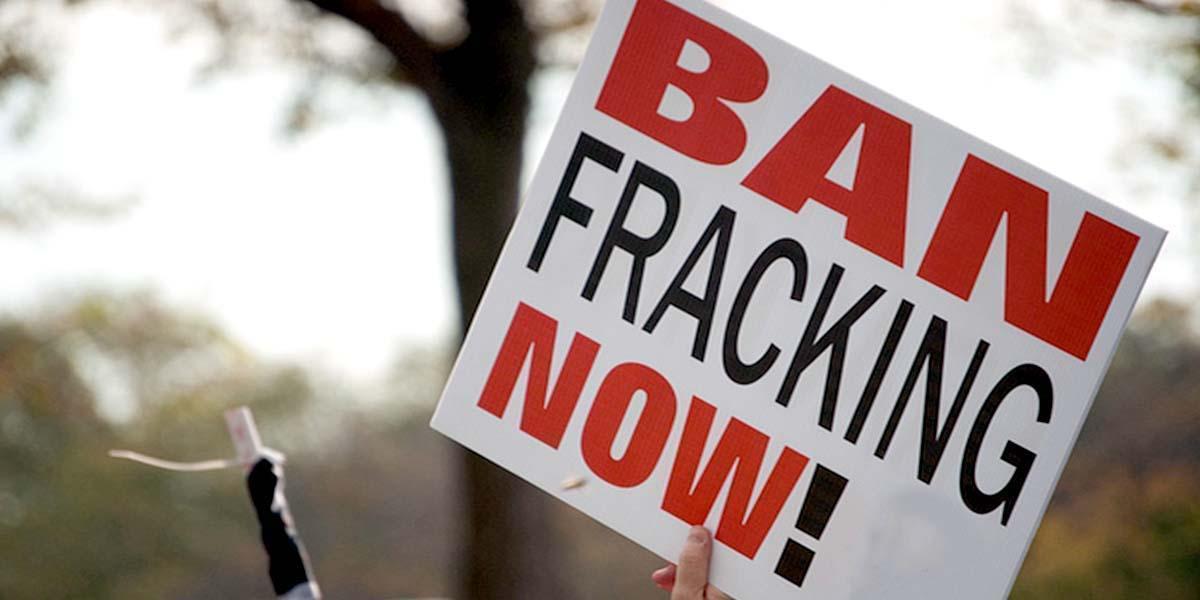 A quick overview of the Trump administration’s pro-fossil fuel agenda and its roster of climate-denying oil and gas cronies in cabinet seats could lead anyone to believe that matters of energy policy are more partisan than ever. And indeed, it’s clear that at the national level, the Republican Party as a whole is still largely committed to an antiquated and thoroughly dangerous plan to keep the country hooked on fossil fuels indefinitely.

Yet suddenly, the old rules do not apply. Maryland’s state legislature has passed a ban on fracking, which, with the blessing of the Republican governor of the state, is expected to be signed into law any day now. This twist shows fracking is not a partisan issue and puts additional pressure on Democratic leaders to actually lead to protect our communities or air and water and our climate—and oppose fracking.

Earlier this month, Maryland Gov. Larry Hogan (R) had this to say about fracking:

Now, for the first time, a Republican governor has listened to the science and popular opinion by declaring opposition to fracking. In so doing, he has not just toppled a wall of partisanship on the issue in the state, but also made it impossible for the undecided Senate Democratic leadership to do anything but pass a ban on fracking.

But Republican support for banning fracking is not just limited to Maryland. In Florida, bills have been introduced in both houses by Republicans with a bi-partisan group of co-sponsors to ban fracking in a state. The Senate bill has already advanced through its first committee by a unanimous vote and support for both bills continue to grow.

Maryland’s Ban Another Milestone for the Movement

Maryland’s ban on fracking will mark the latest in a series of recent milestones for the anti-fracking movement, each pointing to steadily evolving politics on the issue:

The first milestone came when Gov. Andrew Cuomo banned fracking in New York at the end of 2014. Vermont had banned fracking earlier, in what was an important but largely symbolic political statement given that the state does not have gas reserves. New York, though, with its large swath of rural land sitting above the Marcellus shale formation (which also runs under western Maryland), was very much desired by the fracking industry. In response, Food & Water Watch joined with hundreds of local groups to form a robust statewide coalition, New Yorkers Against Fracking, that coordinated an unprecedented multi-year grassroots campaign to ban fracking there.

In the end, Gov. Cuomo was compelled to ban fracking not just by a thorough examination of the science and facts on the hazardous practice—which his Department of Health dutifully undertook—but also by the overwhelming grassroots movement that had emerged around the issue. A huge corner had been turned: For the first time in America, fracking was banned in a place where it was otherwise very likely to happen. Additionally, the anti-fracking movement finally had a leader of national prominence willing to stand up to the fossil fuel industry and say “no.”

Another key milestone in the fight against fracking came with the emergence of Sen. Bernie Sanders as a potent political force in the 2016 presidential campaign. Initially dismissed by pundits and party insiders as a fringe candidate, the Sanders campaign steadily rose to become a legitimate threat to Hillary Clinton’s political machine. Among Sanders’ most popular and potent policy planks was his call to ban fracking everywhere.

Sanders’ rise was another shot in the arm for the anti-fracking movement. His clear call to ban fracking may have seemed unusually bold to some, but in fact he was simply responding to the will of the people. By early 2016, national polling had clearly swung against fracking, with a majority of all Americans—and an even greater majority of Democrats—opposed to it. Still, despite his advocacy and the overwhelming support for a fracking ban among Democrats, the party establishment still managed to prevent the party platform from embracing a ban on fracking.

Gov. Hogan’s support of a fracking ban in Maryland draws a stark contrast with several Democratic governors who claim to have green credentials, but have been unwilling to listen to their constituents and stand up to the oil and gas industry.

California’s Democratic Gov. Jerry Brown, for instance has attempted to claim the mantle of environmental leadership in the Trump era, yet he stubbornly defends oil fracking taking place throughout his state, even as his own constituents, county by county, are steadily rejecting the practice.

Fracking is now banned in six California counties and grassroots campaigns are currently underway to ban it in others. Most notably, in November last year, voters in Monterey County took to the polls to ban fracking and further drilling in the county, despite millions being spent by the industry against this grassroots movement. This marked the first county in the country to ban fracking where the industry was already well-established. Not only did Brown not support the community in this case, but he continues to allow dangerous practices like the use of oil wastewater to irrigate crops and the injection of wastewater in to aquifers.

In Pennsylvania, Democrat Tom Wolf was elected governor in 2014, promising to bring an outsider reform perspective to a state that has suffered the blight of fracking for years. However, while Wolf has pledged to continue to prevent fracking from being done in the Delaware River Basin, he remains committed to allowing and potentially expanding fracking throughout the rest of state even as residents fall ill and more and more water supplies are contaminated. His current budget proposal calls for a new extraction tax on gas drilling, which would make the state’s budget dependent on the continuation of this dirty practice.

And, Gov. Wolf also continues to push additional infrastructure linked to fracking. Just this month his office released a study backing four new ethane cracker plants to support fracking for natural gas liquids in Pennsylvania. The report declared that these developments would also attract “a world-class petrochemical industry” to the state, provided there were sufficient pipelines and storage facilities to enable it. This will ensure continued drilling and fracking in Pennsylvania.

Colorado is another state where a Democratic governor has sided with the oil and gas industry over the health and safety of its communities. Gov. Hickenlooper has a long history of supporting fracking and related activities. In 2012, he appeared in industry-sponsored ads proclaiming fracking to be safe. The following year, he sued the city of Longmont after it passed its own local ballot measure banning fracking. He won and the people of Longmont lost.

Most recently, Hickenlooper was an outspoken opponent of the 2016 ballot initiative effort that would have guaranteed local municipalities like Longmont the right to enact moratoriums or bans on fracking and enact a 2,500 foot setback to protect water, health and communities.

As it becomes increasingly clear that we need to leave the vast majority of fossil fuels in the ground in order to stave off the worst impacts of climate change, the Maryland ban and positive movement in Florida proves that fracking is a bipartisan issue. But with Republicans nationally denying climate change and several leading Democrats refusing to take meaningful action to leave fossil fuels in the ground, it’s critical that we continue to organize and build political power in legislative districts across the country to fight for what we really need for the future of the planet: A ban on fracking, rejection of related infrastructure and a quick transition to 100 percent renewable energy future.

Republican legislators in Florida and the governor in Maryland are far better on oil and gas policy than so called environmental leader Jerry Brown. As a movement, we need to hold all these elected officials accountable—regardless of party affiliation—and highlight those who are taking meaningful action for the survival of our planet.